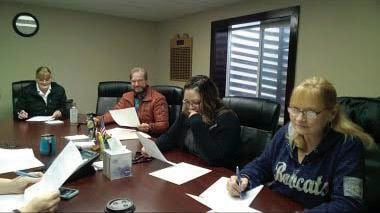 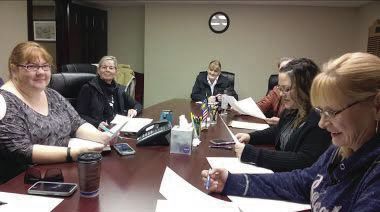 It appears the trustees have their hearts in the right place. Routine business at the Feb. 5 meeting took more time than the TBID’s decision to unanimously award grant funding to two local groups. Because the decision to approve the grants was made at an earlier meeting, the vote to award money seemed like a formality.

The grants are impressive. MonDak Ag Days received $2,000 from the TBID, while Richland Youth Hockey was awarded $6,000.

In addition, the TBID recently awarded grants of $2,500 to the Chamber of Commerce Bakken Brew Fest; $100 to MT Voices of Tourism; $600 to Sidney High School Speech & Drama; and $3,000 to Sidney AAU Wrestling for its Brodie Gorder Memorial.

A History of Giving to the Community

TBID was established by the city of Sidney and its Chamber of Commerce in 2012 to create a resolution establishing the Sidney Tourism Business Improvement District, explained Starkey, TBID’s administrator and recorder.

“There is a $1.50 tax on each hotel room, with the exception of stays of over 30 days,” Starkey explained. “That money stays local to provide support through grants of events that bring people into Sidney, into our hotels and businesses.”

Since its inception eight years ago, TBID has awarded more than $400,000 in grants to local groups.

“We are proud to be a contributing factor, although people don’t see us behind the scenes,” Starkey stated, adding that TBID was able to expand on the Eagle Invitational wrestling tournament with grant funding.

“They needed financial support that would not cost our schools any money to bring in out-of-state teams to compete against,” she explained. “That tournament has become one of the most prestigious in the state. We have provided funding for it, but it is the hard work of the coaches and organizers that have made it so successful.”