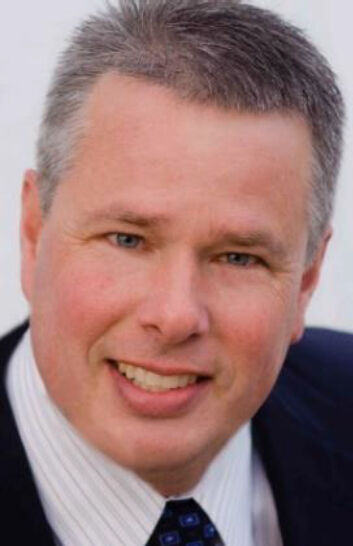 Steve Rosenau, the new CEO of Sidney Sugars, brings an established background in operations as well as finance, having been with the parent company for nearly three decades. 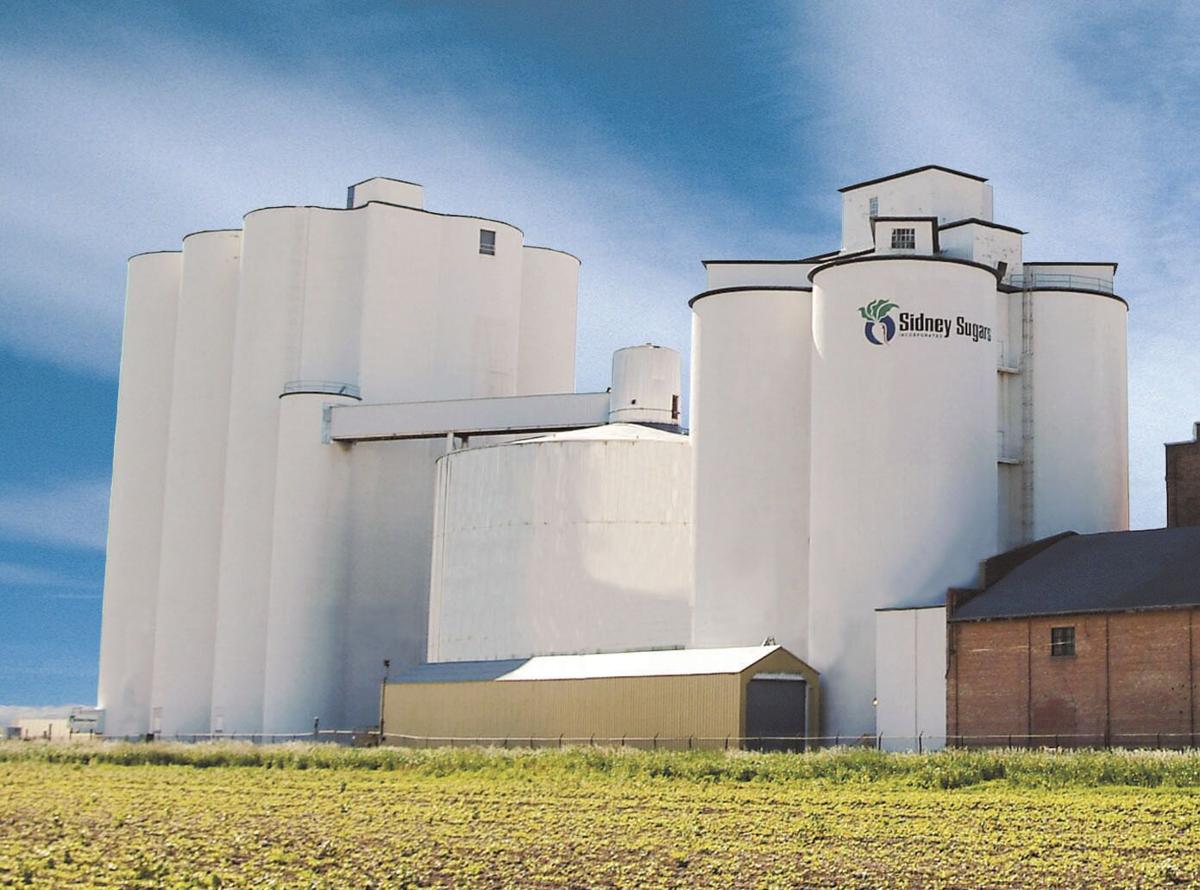 The familiar view of Sidney Sugars from a nearby field. 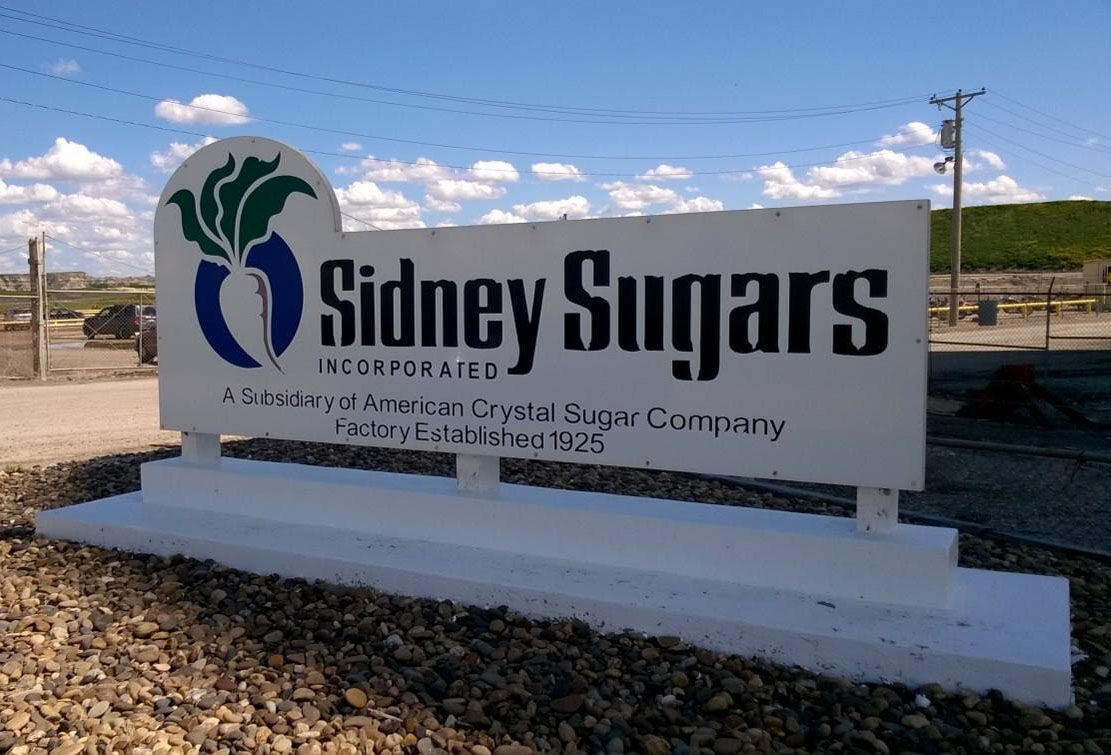 The sign at the entry to the Sidney Sugars plant with its iconic sugarbeet logo.

Steve Rosenau, the new CEO of Sidney Sugars, brings an established background in operations as well as finance, having been with the parent company for nearly three decades.

The familiar view of Sidney Sugars from a nearby field.

The sign at the entry to the Sidney Sugars plant with its iconic sugarbeet logo.

The new CEO of Sidney Sugars speaks with a decidedly midwestern accent.

Steve Rosenau is based in Moorhead, Minn., near the border of North Dakota. He was recently appointed to the position of chief operating officer at Sidney Sugars, Inc. by Tom Astrup, CEO of parent company American Crystal Sugar.

In his new position, Rosenau oversees all agriculture and factory operations and grower-related activities at American Crystal’s sugar beet business in Sidney, Mont., the parent company announced in early July.

Although he’ll remain based at American Crystal’s headquarters in northwestern Minnesota, Rosenau estimated he expects to travel to Sidney on a quarterly basis — possibly up to six times a year.

“It will be project based,” Rosenau told the Sidney Herald, emphasizing that his new role as CEO of the Sidney plant is in addition to his treasurer position with the parent company.

“My focus on the Sidney [facility] is to make it as successful as possible,” said Rosenau, who started his career with American Crystal nearly three decades ago as an engineer in operations.

“Growers have very good yield and sugar content,” he said of Sidney’s farmers, comparing them to the high-quality producers of his home state. “We’ve got similar results here in the Red River Valley.”

Although he credits the fertile soil and conducive climate of the MonDak region, Rosenau is complimentary of Sidney farmers for their knowledge and expertise in growing crops with high sugar yields.

“They are very talented at what they do and are able to deliver,” he said of Richland County sugar beet growers.

In fact, Rosenau said he plans to meet with representatives of local growers from August 3–4 during his first official visit as new CEO of the Sidney plant.

“I will be doing a meet and greet during that trip,” he said. “I’ll be able to meet with the leaders of the Sidney Growers Association."

In addition, Rosenau said he plans to meet with Sidney plant managers and employees. Noting the plant is currently in a hiring mode, Rosenau was quick to squelch any rumors the Sidney facility might be slowing down.

Although he referred to employment at the Sidney plant as “intermittent” due to its “two seasons,” Rosenau said the processing season generates more hiring.

“We currently are short of people,” he said. “I know the Sidney plant is looking for employees right now.”

It’s a little publicized fact that the Sidney sugar beet plant is considered a vital business in Montana. Any perceptions that it might be negatively impacted by coronavirus “directives” coming from Gov. Steve Bullock’s office are misguided.

Addressing the scheduled closing of a nearby coal-powered plant by the company that supplies Sidney Sugars’ vital electricity, Rosenau expressed no concerns about the sugar beet facility’s future.

“Sidney will still be supplied with electricity from the grid,” Rosenau said, noting he has not been approached by anyone from the Montana-Dakota Utilities (MDU) Co. “It just will come from somewhere else. We still have electrical needs that will have to be met by the [MDU] power plant.

“He’s responsible for the operations of the facility and he reports directly to me,” Rosenau said. “He’s got a good team working for him that helps manage his work load. They’re a very talented group — over the years, I’ve worked with them.”

Rosenau — who has held positions as Corporate Controller, Business Development Manager, Financial Analyst, Factory Manager, Production Superintendent, and Process Engineer — brings considerable experience to his new CEO position with Sidney Sugars. However, he said the production end of processing sugar from raw beets interests him most.

“It’s exciting for me to get back with the processing side of the business,” said Rosenau, who worked in operations for American Crystal from 1994–2007, before returning to college to get his MBA degree.

In 2007 he began working in the financing side of the business.

“It’s not very common that someone from operations moves to finance,” he said, noting it’s even more rare to see someone with expertise in both finances and operations in the ag-production industry.

Although he has no immediate plans to relocate to Sidney from Minnesota, Rosenau pointed out that with real-time video he anticipates he’ll be in regular contact with Sidney’s GM and his immediate management team.

“One thing that technology has done today is enable us to be more connected with each other, even though we don’t reside in the [same] physical location,” he said, prefacing there is “still no replacement for face-to-face contact.”

As for the future of Sidney Sugars, Rosenau said he’s not only optimistic but confident.

“Right now, the plan for Sidney is to make it as successful as possible,” he said. “That is my primary goal, and that is the mode that we will continue under.”

After speaking with Rosenau over the phone, two things are clear. He knows where he’s headed, and he is accustomed to the lifestyle of an agriculture-driven community like Sidney.

“As I look out my window I can see North Dakota,” he said. “The Red River is right outside my office. We’re more rural than the Twin Cities of Minnesota. Agriculture is a big driver of the economy here.”