News
MTA convention comes to Sidney for first time in half a century
By Amy Efta
08.27.19

The Montana Tavern Association (MTA) is coming to Sidney Sept. 8-11 for the 64th annual convention and trade show. MTA Executive Director Margaret Herriges said this is the first time in 50 years the convention has been hosted in Sidney.

“We’re really back thanks to your TBID,” Herriges said. The Tourism Business Improvement District with Sidney Chamber of Commerce reached out to MTA to pitch Sidney as the prime location for this year.

The convention will be over a four-day period, offering many activities for those attending. There will be a golf tournament, tour of Sidney Sugars, tour of the Fairview Bridge, poker tournament at the Ranger, a pub crawl, trade show, sports betting informational sessions, educational classes and an awards banquet.

“It’s all about the community. Community is a big part of any convention,” Herriges said. “The trade show truly is the highlight. That and just getting together. This is a big family.”

The trade show offers tavern owners a chance to learn about new spirits, supplies, advances in gaming, the Department of Justice has a booth — and everything in between. There will also be food vendors.

The hot topic for tavern owners this year is the newly legislated sports betting in Montana.

“What does that mean? Are they going to have a kiosk? Can they generate new business? Is there opportunity to grow?” Herriges said.

One of the Ranger Lounge owners Shadd Cullinan said that’s something they’re looking forward to learning more about.

“One of the main things is trying to figure out what’s going on with sports betting,” Cullinan said. “Almost every tavern owner works with some sort of gaming company.”

On Tuesday, Sept. 10, at 9 a.m., the MTA Legislative and Gambling Committee will have a meeting. That same day at 1 p.m., an update will be offered to tavern owners about sports wagering in Montana. Other educational opportunities include liquor liability and social media marketing.

The Ranger will also be hosting a poker tournament that’s closed to MTA members only on Monday, Sept 9.

“We’ll also host the 19th Hole dinner and there’s a pub crawl that night,” he said. “The Ranger is also doing the transportation for MTA. We bought a party bus about a month ago and that’ll be it’s maiden voyage. Then we will open it up to rent it out in Sidney for functions.”

The MTA convention may re-open the possiblity of a local tavern association group, something that hasn’t existed in Sidney for many years.

“It would definitely be a good thing to have a joint voice, especially for any issues we see with gambling revenue,” Cullinan said. “Quite a few places here are MTA members now. Eastern Montana, if you look at the numbers, is one of the strongest gambling revenue contributors there are. The larger you voice the more you’re heard.”

Herriges said MTA has a great affinity for its eastern members who make the trek to central and western Montana for almost every meeting and they were happy to return the effort this year.

“Montana Tavern Association is one of the most strongest advocates in the state of Montana,” Herriges said. “We advocate for alcohol licensees. It is part of our goal to help them be successful as a main street small business and our goal to keep them informed. And also to provide day-to-day value for them.”

While in town, MTA will be spreading its business around to as many local establishments as possible, Herriges said, including six different hotels.

“We aim to have a positive economic impact in Sidney,” she said. “On Tuesday night, we are turning them loose on the town after our awards banquet. So if anyone has anything going on, let us know about it.” 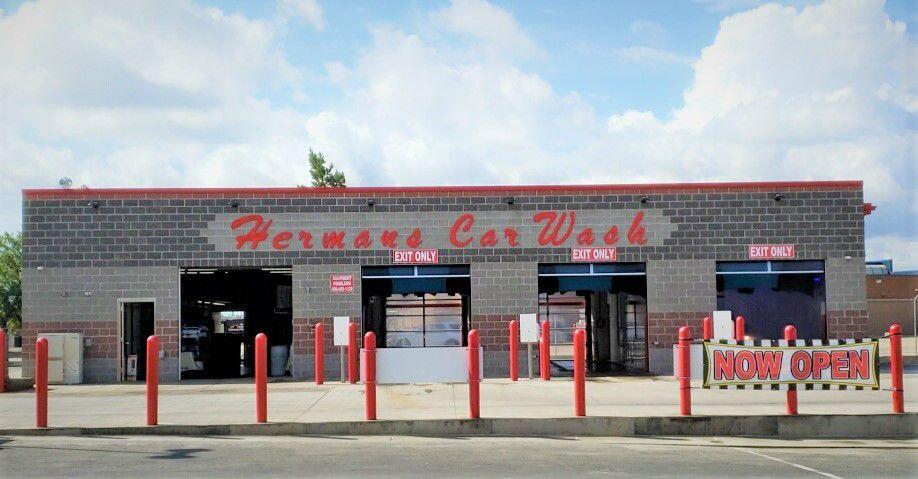 Herman’s Car Wash opened in front of Reynolds Market parking lot this summer and is ready for business. Gift cards from Margie’s Car Wash can also be used at Herman’s and both locations have live feed cameras, so customers can check them online to see what the lines look like before heading over.

A crane sets up the booster station for the Sidney Circle addition of the Dry-Redwater project last year.

2. The designated coverage area for DRWA runs from the Yellowstone River to Fort Peck, with the Garfield County line serving as it’s western border and south, just past Terry into northern Prairie County. It covers 11,791 square miles of area across five counties.

3. Construction began on the first service area south of Sidney in 2013 and went live in 2014. Town Pump was the first customer to use DRWA.

4. The second extension was planned in 2015 and went live in 2016 and is referred to as the East Yellowstone addition. That extension of DRWA allowed the MDU plant to hook into the water system. That portion of the project was funded by Richland County, MDU, Montana Department of Natural Resources and Conservation, and State Revolving Fund loan.

5. The third project brought service to the Sidney Circle subdivision and went live in December 2018. Residents in that subdivision are no longer required to maintain their own water system after the new infrastructure was put in the ground, complete with a pump house. Of the residents in Sidney Circle, 48 are now connected to DRWA and there are nine more undeveloped lots with the potential to connect.

6. The next projected addition for DRWA is looking to utilize the water treatment plant in Culbertson to provide water to Lambert and Fairview. The City of Culbertson has issued a letter of support for the project and the City of Fairview is currently conducting a study to decide if that is the best course of action.

7. Eventually, DRWA aims to build a water treatment plant on the north fork of Fort Peck, where they own the water rights. That singular treatment plant would potentially serve the entire coverage area. That goal is currently pending congressional approval, which is a timely process.

8. DRWA addresses a huge need in eastern Montana: low-quality well water. Providing rural residents with access to treated water. There are four regional water systems in Montana in varying stages of completion. Once completed, those rural systems stand to service approximately 100,000 Montana residents and around 70 communities. 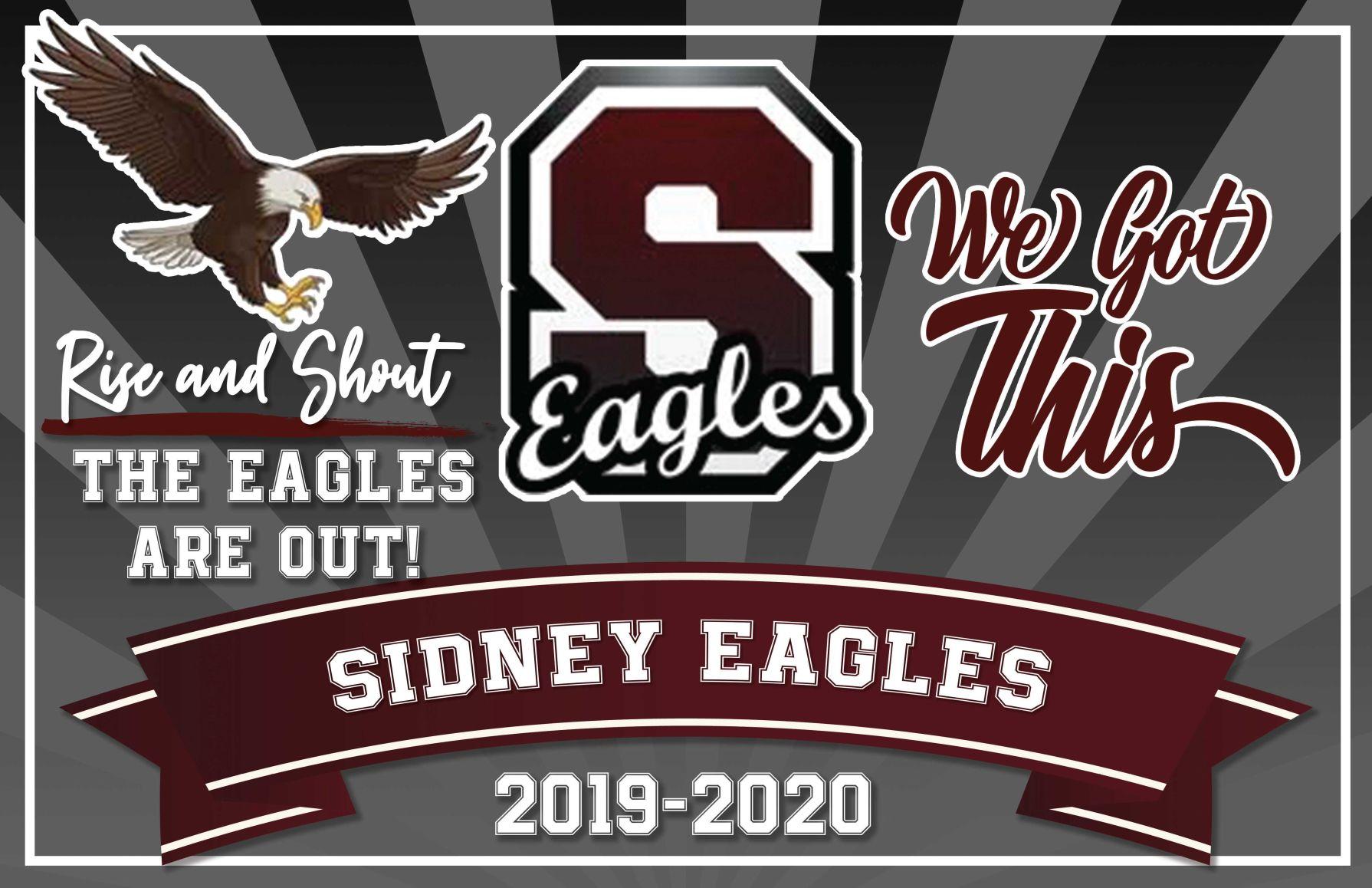 Find this year’s sports banners inside

Find this year’s sports banners inside

A shopping options survey conducted by the Sidney Area Chamber of Commerce and Agriculture along with Richland Economic Development demonstrated the struggles that some area residents feel when shopping in Sidney.

“The survey was done at the request of some local business leaders,” Bill Vander Weele, executive director for the Sidney Chamber, said. “The survey is intended to show areas where residents feel stores could improve as far as which merchandise to offer. The survey isn’t intended to downgrade the great job that our stores try to do, but rather provide assistance to help them possibly increase their popularity.”

A total of 233 people participated in the survey including 135 online and 98 at the fair booth of Richland Economic Development.

“The overall data from the surveys was not a surprise, and now we have actual statements and figures that we can pass along to our area retailers,” said Leslie Messer, executive director of REDC.

Results of the survey indicate the overwhelming majority of respondents are female and have lived in the area more than 11 years. More than 50 percent of the consumers shop in Sidney three or more times each week, while 43 percent shop online one or two times each week.

Among the items of greatest need, and items purchased mostly online were clothing basics such as socks, underwear, household supplies, books, CDs, DVDs, cosmetics and shoes. A total of 102 respondents said the items were not available and 29 said they were available but not affordable.

As far as buying groceries locally, 90 percent of respondents said they were available but not affordable; while 10 percent said groceries are available and affordable. When questioned about shopper rewards, programs that give a discount or free item after a benchmark purchase, respondents said that the top three stores that they would like to see offer rewards are: 1) Reynolds, 2) Johnson Hardware and 3) IGA.

To finish out the survey, respondents were asked to offer any additional comments. The following comments were also shared:

Online shopping isn’t happening out of convenience, it’s out of affordability

2Sidney Eagles will face the Havre Blue Ponies on home turf for their first football game of the year. Kick-off is a 7 p.m., Sidney High School.

3Expectant mothers can enjoy a one-day childbirth class at Sidney Health Center, 9 a.m. — 4 p.m, Saturday, Aug. 31. RN childbirth instructors, class is free of charge but donations up to $25 are accepted to cover expenses.

4The FIV volleyball tournament will take place in Fairview for varsity squads on Saturday, Aug. 31, starting at 9 a.m.