Log In
You have permission to edit this page.
Edit

Joel Krautter, state representative of Richland County, with his Golden Retriever "Chester" joining him on a campaign stump for House District 35.

Joel Krautter is a simple kind of man. This does not imply he is simple-minded. Far from it. Krautter, 32, is a lawyer and a thinker.

He is not the kind of man who lets everyone know exactly what he is thinking. Most lawyers don’t. Like poker players, attorneys are trained to keep their cards hidden until it’s time to cash in their chips.

Some people think that’s an asset in a politician. Other folks think it’s deceptive.

Krautter’s opponent, Brandon Ler, thinks Krautter is a moderate — maybe even a liberal!

Krautter’s enemies, and he has a few, think he’s an opportunist in a county where farmers and ranchers, oil-field professionals and sugar-plant workers expect their lawmakers to be very conservative.

The first-term incumbent for House District 35 insists he is a hardcore conservative. In a recent interview, however, Krautter told the Sidney Herald he is obligated to serve everyone’s interests in Richland County.

It’s an interesting perspective. Should legislators serve everyone within their constituencies, regardless of whether they voted for them?

Or, are elected officials committed to represent the specific needs and expectations of the people who voted for them?

Krautter does not look like a typical politician. That he even won his first term as HD-35 representative comes as a surprise to some, especially his opponents.

Ler points to Krautter’s voting record in Helena as evidence he is not a true conservative. Ler says Krautter doesn’t understand the practical needs of farmers and ranchers in Richland County.

What’s his proudest achievement? Krautter points to his efforts as a freshman house representative to bring more tax revenues to Sidney.

“That was a top priority, to bring more oil and gas tax revenue back to local cities and towns,” Krautter said of his record in Helena. “My biggest frustration with serving at the state legislature is some of the petty politics and fighting that goes on that I don’t believe helps out the people in my district or Montana.”

Krautter said he examines every proposed law based on its long-term impact on the entire community he represents. Krautter said he does not toe the party line on every vote simply to appease veteran conservative lawmakers in the state capital.

“I just think sometimes decisions are made on personality and some legislators not liking certain legislators, versus whether something is good policy or not,” he said, explaining good bills sometimes get killed because the person who proposes them is unpopular within the Republican party.

As an example, Krautter points to legislation to prohibit sanctuary cities, which he supported.

“Unfortunately, there were some Republican legislators that didn’t like that particular legislator [bill sponsor] and unfortunately, that bill failed that would have actually put a referendum on the ballot,” Krautter explained.

Asked to elaborate on his position against “sanctuary cities” that protect undocumented immigrants living illegally in the United States, Krautter’s answer did not sound liberal.

“Some of the lawlessness of these sanctuaries in places like California that don’t want to comply with some of these laws” is troublesome, the freshman legislator said.

The most contentious argument in the contest for HD-35, however, remains Krautter’s vote in favor of House Bill 658.

Known as the Medicaid Reform bill, HB-658 allows abortions to be performed (and paid for by taxes) in certain cases including rape and incest, or when a woman’s life is in danger because of her pregnancy.

“I am pro-life,” Krautter declared, citing a 100% rating from the Montana Family Foundation as a kind of badge of honor for conservatives.

“It’s a moral conviction for me of protecting the life of the unborn,” Krautter said. “I am a Christian. I attend a house of worship here in Sidney. House Bill 658 didn’t change the law at all on the use of taxpayer funds to pay for abortions. Federal dollars are prohibited from being used for abortions except in the case of incest, rape...physical life of the mother.

“I’m pro-life,” Krautter repeated when pressed about HB-658. “It was an important bill to protect the lives of our hospitals in rural areas... to protect rural health-care access and to protect access to healthcare for lower-income people.”

HB-658 strikes at the heart of whether lawmakers should represent the broad interests of all their constituents or whether they are obligated to fulfill the expectations of people who voted for them.

Krautter makes no apologies about trying to assist lower-income residents of Richland County.

“Our area depends on our local hospital,” Krautter said. “We depend on certain employees in our area, and I’m looking out for our area. And I’m going to put weight on the leaders of these different organizations.”

Krautter accuses “dark-money” groups with special interests of attacking him. Curiously, he then cites the National Rifle Association (NRA), Montana Family Foundation and United Property Owners of Montana, all of which purportedly gave him A ratings during his rookie term as HD-35’s representative.

“The only people saying I’m not conservative enough are out-of-town agitators from western Montana and local pawns here, and their dark-money groups,” Krautter said.

“I don’t like dark-money groups that are just set up to influence elections,” he said, alluding to an organization that has accused Krautter of being pro-abortion. “They’re just a PO box with a few people behind them.”

Why does a lawyer, who could make more money in a full-time legal practice, want to serve as a part-time legislator?

“I ran for this office because I wanna solve problems, and I care about what happens in Helena,” Krautter said of Richland County’s challenges. “I want to have a seat at the table when it comes to decisions that impact us all.”

The freshman representative makes no apologies about being a lawyer; and he claims never to have represented himself as a farmer or a rancher.

“I’m an attorney here in town,” Krautter said. “I didn’t grow up on a ranch or a farm. But when it comes to policy, just because I’m not a rancher or farmer doesn’t mean I don’t reach out to people. I surround myself with people who are in agriculture.”

Like a courtroom attorney who is always thinking about how the jury is going to decide, Krautter skillfully shifts the conversation back to a conservative theme.

“I’m glad to have the endorsement of the NRA for my support of Second Amendment rights in Helena,” Krautter boasted.

That the NRA endorsed Krautter comes as no surprise to anyone familiar with the organization. The Virginia-based association prefers incumbents engaged in tight contests.

The outcome of this particular contest between two conservative Republicans hinges not on gun rights, but on another hot-button issue: abortions.

For Krautter, it’s fairly simple. This election is about the big picture. Who will represent the interests of all constituents in Richland County, not just farmers and ranchers, or single-issue voters?

Whether or not one agrees with his point of view, Krautter is not a patsy. He’s a fighter.

As crews continue to work on Fairview’s road projects, including MT 200 and Ellery Ave., officials emphasized the importance of following Work Zone Safety recommendations. “Our crews are out there working hard to keep us safe, it’s up to us to help keep them safe, too!” a recent Fairview newsletter stated. “Remember your Three S’s” of Work Zone Safety: 1. Manage your Speed; 2. Manage your Space; 3. Manage your Stress

Mimi's Kitchen offers Olivelle, based out of Bozeman, which imports olive oils and vinegars from Italy, Greece and Morocco.

Mimi’s Kitchen will be having its grand opening on Saturday, May 23, beginning at 9 a.m.

The store, located at 106 2nd St. SW in Sidney, will offer a wide variety of items.

“Any kitchen gadgets, a wide array of knives, cookware, within a wide array of price ranges,” co-owner Billie Hillesland said. “We’ll also have gourmet foods. We have Olivelle, which is based out of Bozeman. They bring in olive oils and vinegars from Italy, Greece and Morocco, and then they also have spices.”

Hillesland continued: “The nice thing about it is you can come in here and try everything, you get to taste test and we fill it fresh for you.”

Hillesland co-owns Mimi’s Kitchen with her husband, Chris, along with Curtis and Heidi McGrady.

“When trying to think of a name, we had a bunch of pages of different names, and one time a family member said, why don’t we just call it Mimi’s Kitchen? I would be Mimi; I have a granddaughter who calls me Mimi and it just stuck.”

Opening a business like this was always something that was on her and the family’s mind.

“My husband and I and my daughter have always loved kitchen gadgets,” Hillesland said. “If I would go to someplace and spend a couple hundred dollars and if I took my husband, we end up spending double. We just decided one day that we should open our own. Our plans began about a year ago and through the process, talking to the McGrady’s, we decided we would partner together, as we seemed like a good fit.”

While the anxiety of opening a new business at any point can be stressful, dealing with a pandemic adds a whole new layer.

“We’re all a little bit stressed,” Hillesland said. “We have gotten a great response from Facebook, but to have all the people in here at one time, I’m not sure if we’re going to have to limit that.”

Nevertheless, she’s excited to offer more options to the community with Mimi’s Kitchen.

“We have a Chef on staff who is super anxious to get in here and start cooking. People are anxious to start classes as well. We’re also going to be making some lunches a couple of days a week to come in pick it up or come in and eat it here. We’re going to have oven-ready meals three days a week, so you can come and buy those, take them home and bake them right away. We’re going to try and do some healthier things for the Sidney residents.” 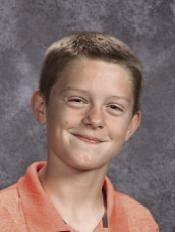 Rhys Larson is Sidney Middle School May "Student of the Month."

Sidney Middle School 6th grade staff is pleased to announce the May Student of the Month.

When setting goals, aspire to be your best, work hard, and be respectful. Adjusting to life at a middle school can, at times, be challenging.

Rhys Larson is a stellar student who has worked hard and adjusted well at the SMS. He uses his time productively, is engaged in class participation, and turns in work, on time, which has been meticulously completed. These qualities are reflected in his academic achievements.

One can observe Rhys’ kind and caring mannerisms. In class, he is willing to help his peers if they need it. He is always happy to extend a helping hand to teachers also. He is a friend to everyone which makes him such a positive asset to our school.

Thanks for being an exemplary leader: Rhys. You are such a pleasure to have in class. Congratulations on being the May Student of the Month at Sidney Middle School!

Rhys is the son of Ben and Brielle Larson.