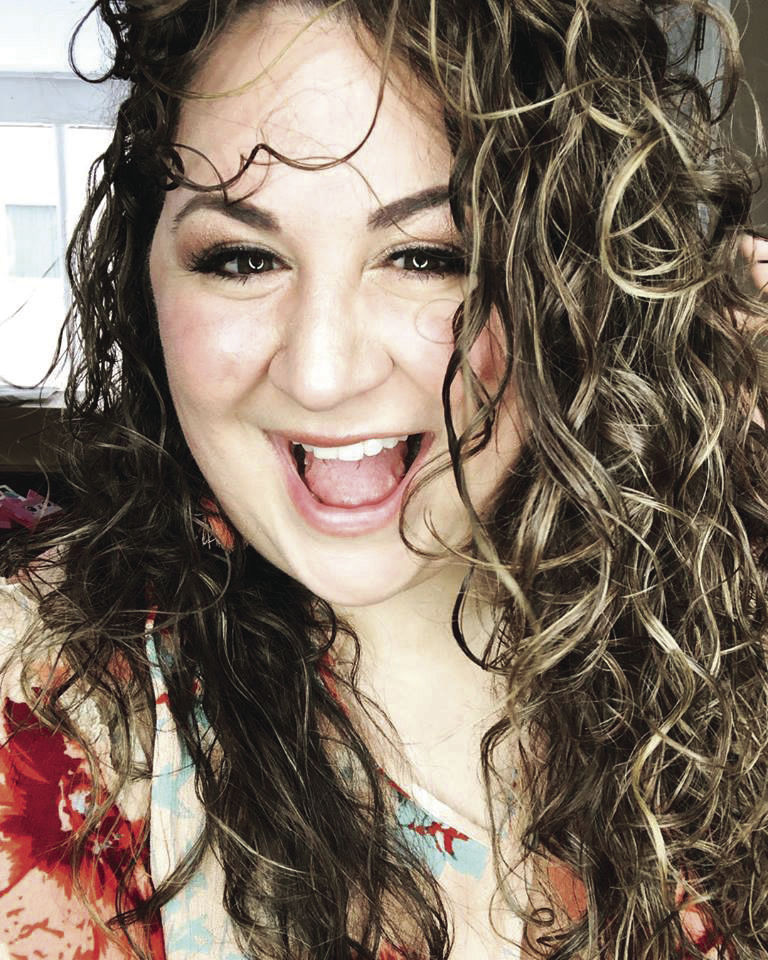 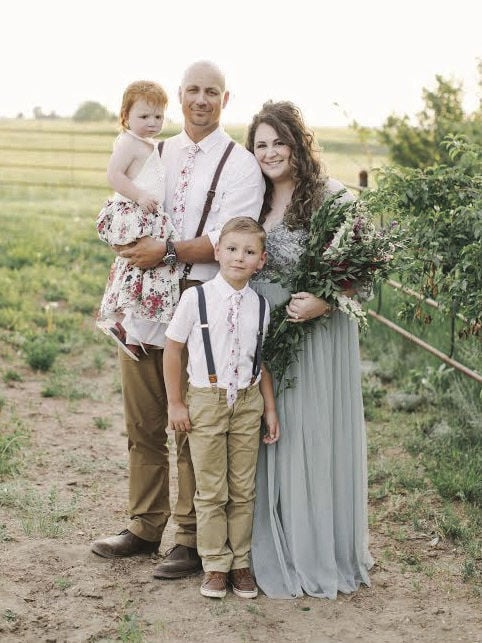 Camille Clausen poses with her husband Kevin and their children, Kroy and Avenue.

Camille Clausen poses with her husband Kevin and their children, Kroy and Avenue.

Camille Clausen knows the technical definition of “social media influencer” probably applies to her, but it’s a term she finds to be an odd fit when discussing her small-town social media empire. Of course, she would never call it an empire herself. She’s just a wife to her husband and mom of two who is helping pay the bills. But while her business ventures have humble beginnings, it’s certainly no small-scale operation.

“It’s definitely not dumb luck, but a lot of things have sort of happened unintentionally,” Clausen said about her social media success. “It’s taken on a life of its own.”

As a young adult, she started her online journey with a Myspace page – complete with a Colbie Caillat song playing in the background. Caillat’s dreamy, ethereal vibe would lay some early groundwork for what would eventually become Clausen’s own online brand – Montana Moonlight.

Before she had an official umbrella brand, however, Clausen was just a young woman in love starting a photography business in her hometown.

“I had big, big plans before I fell in love with Kevin Clausen,” Clausen said with her signature giggle. “I was the girl who was like, ‘I’m never ending up back here.’”

She had connections for an internship in Nashville, aspirations to be a television news anchor and a calling to be writer. The last place she ever thought she would end up is right back here at home.

“You do crazy things for love,” she said.

The response to her photography business was immediate and overwhelming for Clausen. As a 23-year-old, she made her fair share of mistakes, but forged ahead, driven by an innate entrepreneurial spirit.

“With my photography business, I had built this very organic following without trying and it’s evolved into something really cool,” Clausen said.

Looking back, she now recognizes the amount of support her early customers provided her. While she saw people rooting for her, it took years before she connected that kind of support with people cheering her on and not just her product. Now that she’s had Camille Clausen Photography for 10 years and counting, she has great fondness for the online community that has followed her on her journey.

Those early lessons not only in business and customer service, but in social media presence, helped Clausen build confidence and find her “crowd.” Soon she explored other business opportunities, like Maskcara Beauty direct sales.

“When I started all that, I was a little embarrassed about it,” Clausen said.

She was an infamous critic of direct sales and couldn’t believe how much she legitimately liked the Maskcara products. To contain her accidental hypocriticism, Clausen told herself she’d just put some photos up on Instagram once in a while.

“Then I put a little post on Facebook and said, ‘If anyone wants to try this, let me know,’” Clausen said. The response from her followers blew her away. Within the first three or four months, she shot to the top ten sales in the company nationwide.

From that success, Clausen really began to develop a definable style on social media. She even dabbled in retail clothing sales and served on an advisory board for a start-up clothing distributor. The company didn’t know whether to go direct sales or wholesale and Clausen, along with women from around the U.S., helped define a direction. When the company decided on wholesales, Clausen slowly cut back on her retail endeavor, eventually selling her stock to a local boutique this spring.

Clausen’s live video tutorials for Maskcara Beauty led to a connection with L’ange hair products through an online follower and fellow Maskcara rep. The company reached out and the rest, as they say, is history.

With six videos currently in steady rotation on social media with hair product company L’ange, Clausen has managed to harness the power of social media and turn it into a monetized career. She now averages two videos per week for the company.

“I’m in the generation that I had life without social media that I very much remember,” Clausen said. It’s that sort of attitude that keeps her followers engaged. Her ability to separate what’s real life and what’s just an online persona cuts straight to the core of Clausen - authenticity.

“People can sniff out authenticity so fast,” Clausen said. “I have a need to keep things real and I kind of hate social media. I love the good things, but I hate the bad things. Perception is not reality on social media.”

That kind of “keep it real” style has drawn thousands of people to her, with almost 5,000 Facebook followers on her Montana Moonlight profile and almost 2,500 on Instagram. Before she started filming videos for L’ange, Clausen had a video go viral, viewed by millions of people. She filmed herself testing an eyebrow stamping kit while in a drive-thru and her friends practically demanded she post it on Facebook. People still come up to her and wonder if she’s the “eyebrow video girl.”

All her online success hasn’t shaken the steady foundation of Clausen’s hometown roots and that has a lot to do with the support she receives at home from her husband Kevin.

“Kevin is by far my biggest fan,” Clausen said. “He’s such a chill person. When things have gone crazy, and videos are hitting high numbers, he’s never surprised.”

While her husband is a bit more of a private-persona kind of guy, he’s enjoyed watching his wife flourish.

“I get to see how amazing and creative she is on an everyday basis,” he said. “Her ideas and ability to make people smile really accentuate the type of woman she is, and I couldn’t be prouder of her.”

Moving forward, Clausen has plans to expand her L’ange endorsement and has received offers to film videos for other companies. Wherever her social media career takes her next, Clausen plans to stay committed to life she’s made for herself right here in Sidney - and to her photography business.

“I don’t care as much about the world, but I care about the people I love and my home,” she said.

“Everything has always tied back to writing, photography and videos. That’s who I am.”