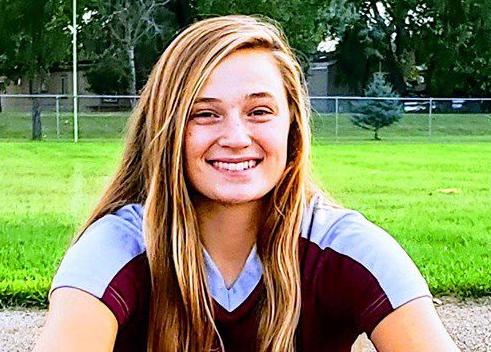 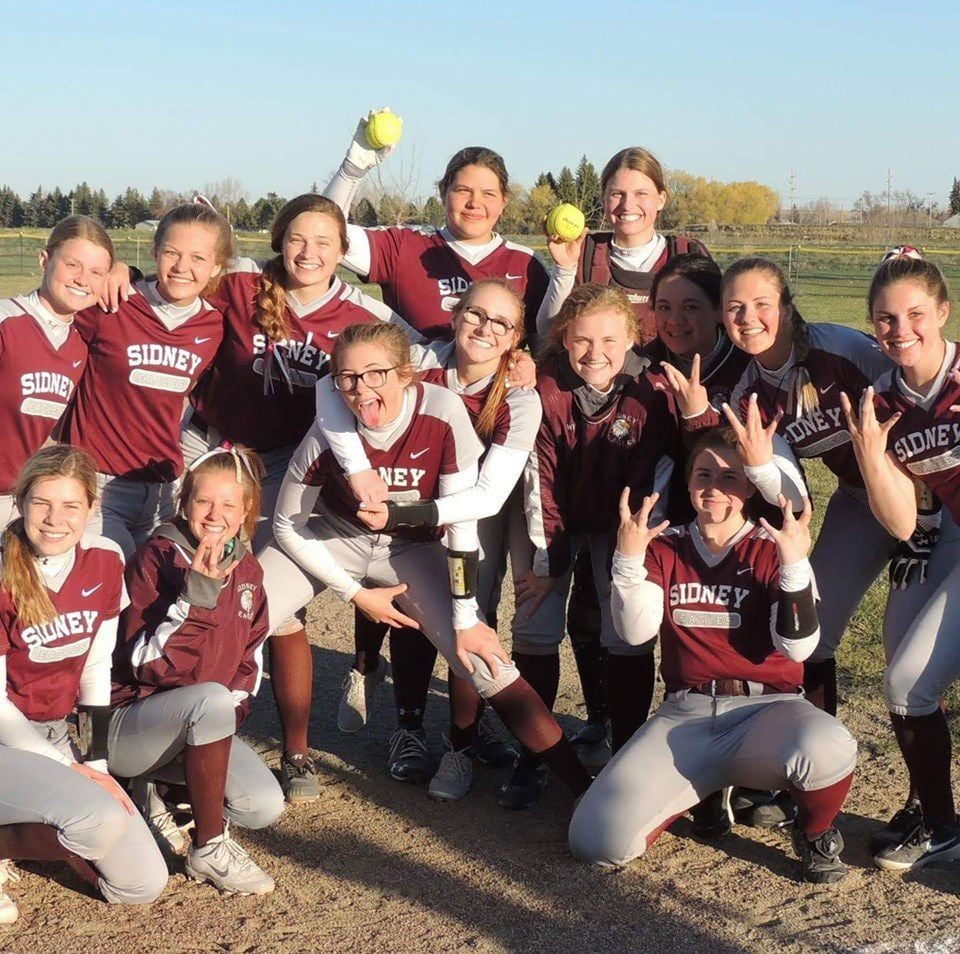 Growing up with three siblings, everything was a competition for Maddie Peters, a senior standout athlete at Sidney High School.

Peters, 18, admits the friendly sibling rivalries still exist today; but she believes it has made their relationships stronger.

“So, when we were little and still today, everything is a competition and seeing who’s the best at literally anything,” Peters said. “We have arguments and little fights constantly, but that’s why we’re so close. Sometimes we can’t stand each other, but in the end, it’s all good.”

Peters was born in Boise, Idaho. Her family moved to Sidney when she was in the second grade. From that point on, she was all about sports.

“I played basketball, volleyball, softball, baseball, hockey for a year, soccer, flag football and tennis. I was even in dance. I loved all of them,” she said. “Some of my favorite memories are of playing basketball in the driveway at night until our mom said we had to come inside, and going down to fields and trash-talking each other while we played baseball.

“I don’t really think I have an absolute favorite,” Peters continued. “I enjoy basketball and softball a lot, but if we had soccer, I think that might be my favorite.”

Peters was a star player on the Sidney High School basketball and volleyball teams. However, playing softball has turned out to be her calling card for her future in college.

“At one point, I wanted to try and play both sports,” she said. “But then I chose softball because I love it so much and Messiah College wanted me for softball. I chose the school in Pennsylvania because it’s a really good school that has so many opportunities. I also wanted to go to school out of Montana and a little bit away from home. So, when the opportunity came, it just seemed like the right thing to do.”

While a school in Pennsylvania may seem random for someone who grew up in Montana, it won’t be random for Peters.

“My aunt played basketball there and she’s been trying to get me to go there since I was born, so it’s always been on my radar,” she said. “It’s Division III, so I really like the size, and it’s kind of far away from home, which I wanted too.

“I’m looking at majoring in political science/international relations, which I’m super excited about,” she said. “There’s also so many studies abroad, opportunities and internships that I’m excited to explore.”

Peters acknowledges she thinks about the difficulties that will come with relocating to Pennsylvania, especially missing her family.

“Even though my aunt and uncle and grandparents are close, it’s going to be hard leaving,” she said. “I’m super close with my siblings and I love them and my parents. So, I’m going to miss them a ton and probably call home lots. It’s going to be hard not being able to see them all the time.”

With the spring sports seasons currently postponed due to ongoing coronavirus concerns, if Peters can’t finish up her final season as a high schooler on the softball field, she still has quite a few memories she’ll take with her for the rest of her life.

“My fondest memories as an Eagle are probably my freshman and sophomore softball seasons,” Peters recalled. “The upperclassmen those years were the best and we all wanted to win. They were the most fun teams I’ve been on, and I have so many memories I’ll never forget.”

It’s not just her family that she’ll miss, and it’s not just the Sidney High School pitcher’s mound she’ll remember. It’s everything.

“I’m going to miss all the girls, but even more, I’ll miss my coaches,” Peters said. “I’ve gotten close with all of them, and not having Coach Frank DiFonzo, Coach Terry Roth, and Coach Jennifer McLaughlin to talk with every day is going to be tough.

“I’ve thrown with my catcher, Zoe Morrill, every day for over four years, and not getting to finish with her is sad,” she said. “We went to state my first two years, and not going last year and putting a ton of time into softball and this team...there’s nothing I want more than to finish this year strong.”

If she is fortunate enough to get back on the field with her team this season — aside from getting back to the state championship competition — Peters has one more goal in mind that she plans to continue pursuing on and off the field.

“Individually, I want just to be the best player I can be, to get better every day, be a leader on and off the field, and to get ready for college ball.”

As she looks back — and into the future — Peters conveyed she is thankful for the opportunities she has had, and what is yet to come.

“Academically, I’m probably most proud of just keeping my grades up while doing sports and other activities,” she said. “Athletically, I’m most proud of how much time I’ve put into my sports and how I’m fortunate enough to be able to go play in college.”