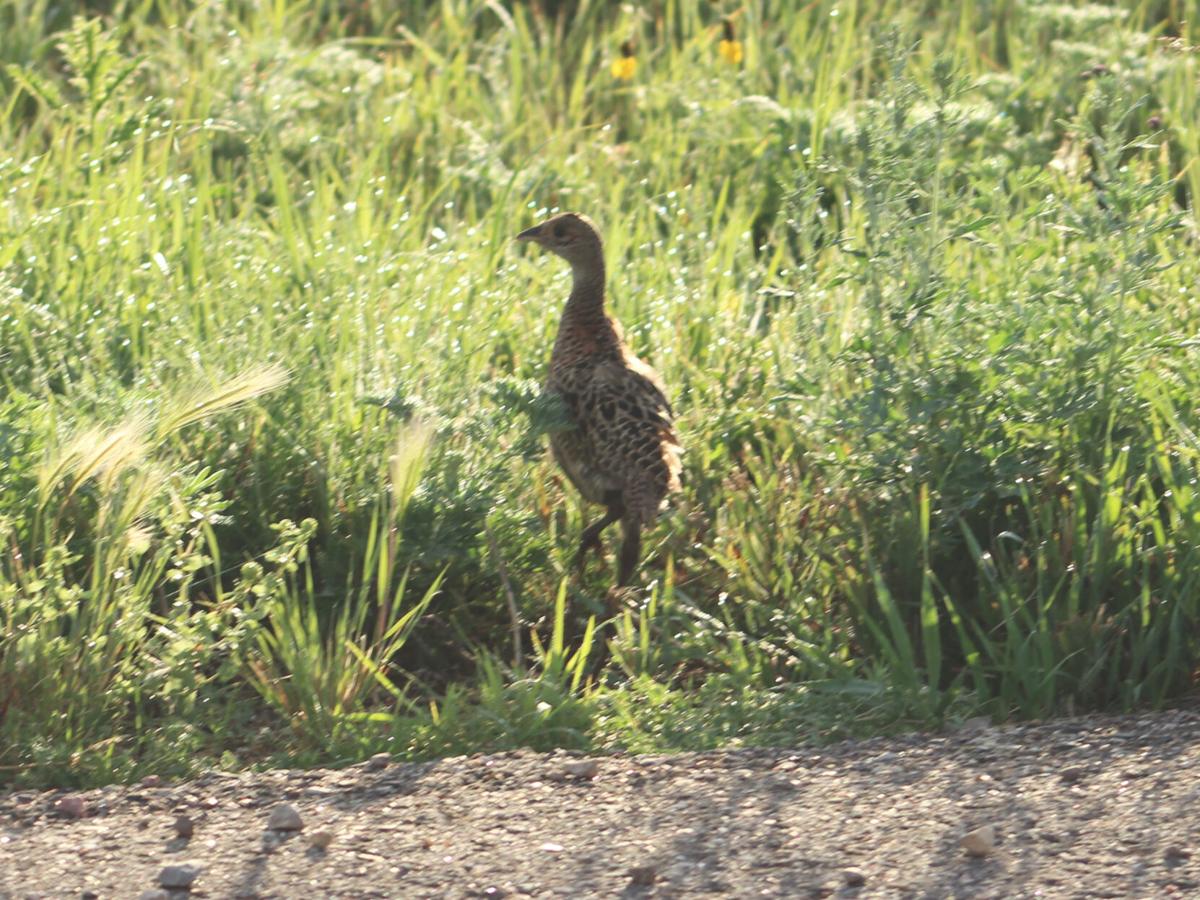 SOLID. A fantastic week is before you!  Get out there and sample the height of summer with some fishing or dog training.  We cover what’s to come along with what makes these “dog days” and more changes in the wings for SD’s pheasant hunting in our Outdoors Roundup.

Featured Photo:  ON WATCH.  A young pheasant keeps an eye on the camera along a Burleigh County roadside. Simonson Photo

MORE PATCHWORK.  After recent criticism of the SD Game Fish & Parks Department following its abandonment of summer brood surveys in favor of less information and more marketing, the agency looks to expand its pheasant hunting season AND increase the number of roosters that can be taken, according to a recent release.  While the extension of the season is welcome, and the late season bag limit increase likely has little impact on bird populations, neither remedy the state’s continuing issues with habitat.

DOG DAYS.  The “dog days of summer” are so named for the rise of Sirius in the sky from late July into late August.  The period also serves as a good pre-season time to get out with your favorite four-legged hunting buddy and practice with retrieves, wing searches and other training ahead of September’s start and fall hunting seasons.

VERY NICE.  The ISUM paints a rosy summer picture for the next seven days as mid-week temperatures hang in the mid-80s, before a warm up on the weekend for your seasonal fun.  Winds should be calmer as well, facilitating more time outdoors!