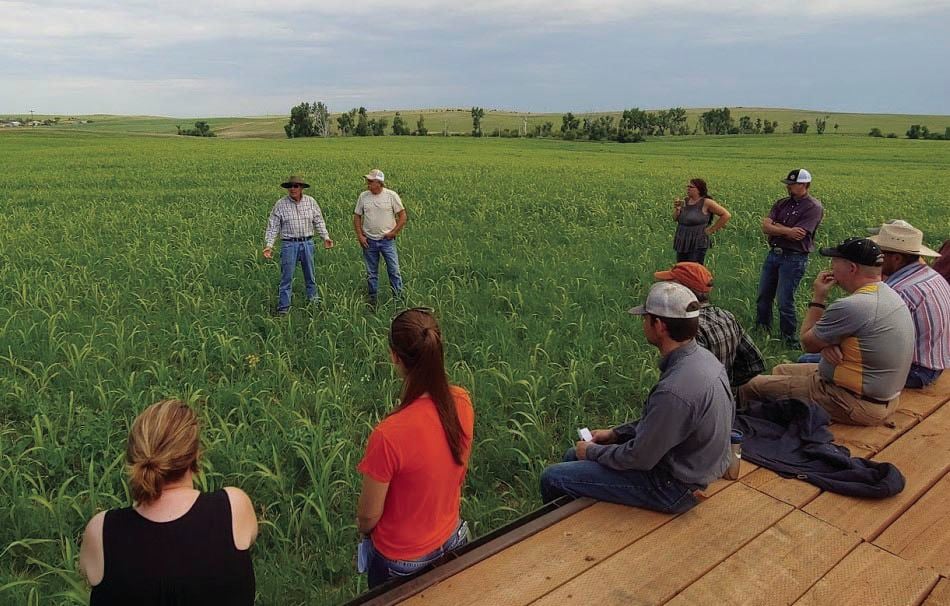 A group of people attended a workshop on Marlin and Aurilla Johnston's ranch to learn more about their conservation project and how they could implement it on their operation. 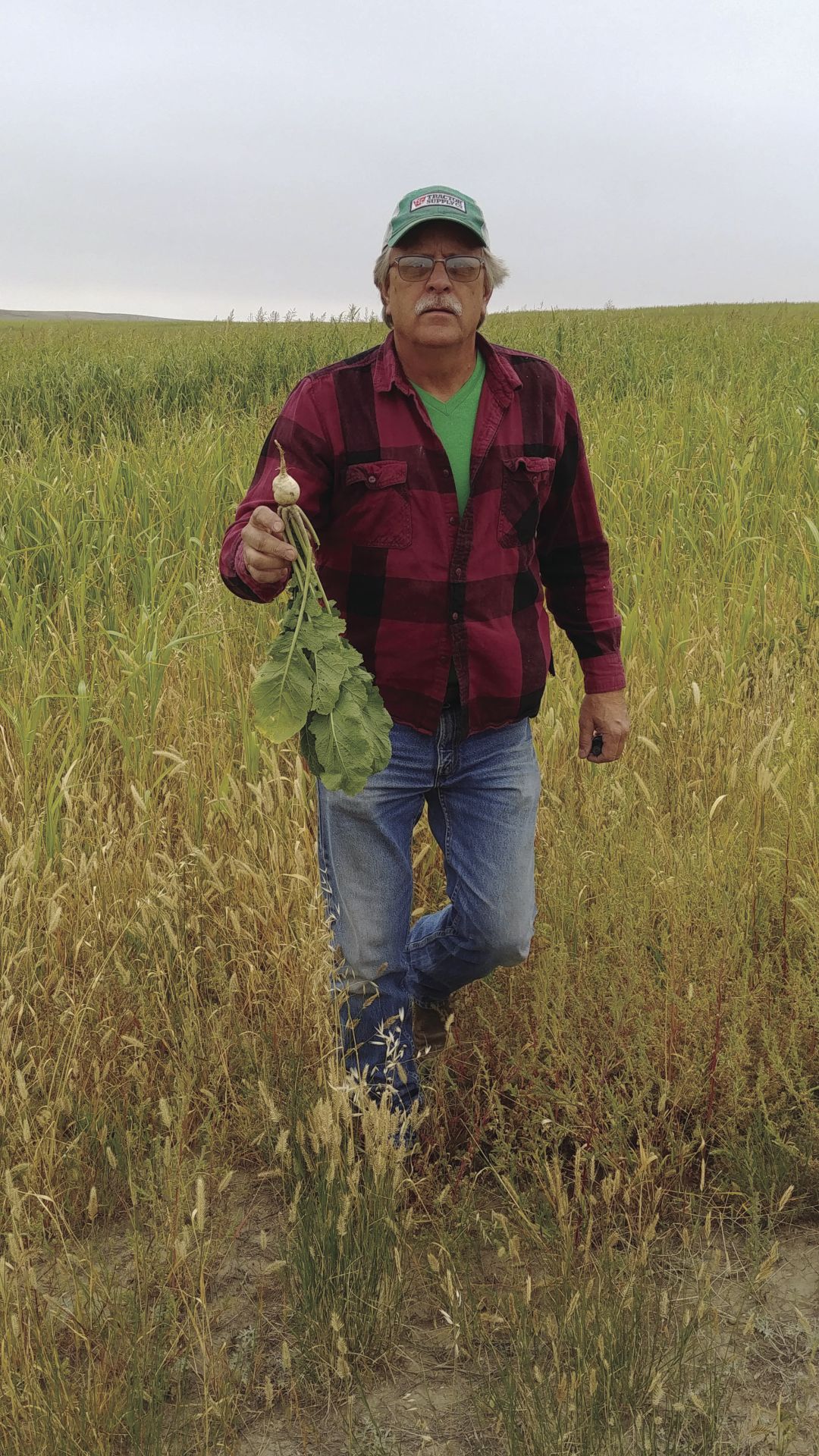 Marlin Johnston holding a radish that was part of the cover crop he planted.

A group of people attended a workshop on Marlin and Aurilla Johnston's ranch to learn more about their conservation project and how they could implement it on their operation.

Marlin Johnston holding a radish that was part of the cover crop he planted.

That is the question that local producer Marlin Johnston and the Sidney NRCS staff were asking in the fall of 2016. After researching ideas, the group decided to do a demonstration project on what crops to utilize in this grazing plan, what is the process for feeding the livestock. It was decided that corn would be used through the winter months, with cover crops being utilized through late fall.

Through research it was quickly noted that the cows would need to be limited to the amount of corn crop that would be availability to them. Small paddocks were planned on paper and the need for electric fence was one of the key expenses for the project.

Marlin agreed to work with the local NRCS staff, Tim Fine, MSU Extension and the Conservation District to pursue this idea. The conservation district wrote a successful 223 Grant for $3,338 to help offset the cost of the electric fencing and the soil testing. The project was scheduled to begin in spring 2017 but due to lack of moisture the plan was postponed a year.

Marlin uses a Flexcoil drill on his operation and to plant the corn he plugged every other tube, so he was planting on a 20-inch spacing. The plant date on the corn was June 15. The grazing season began October 23, with the cover crop, the field was divided into 7-ten-acre paddocks to ensure the cattle utilized all the crop. 100 pairs grazed for eight days and then the calves were weaned, and the 100 cows moved into the next cover crop paddock.

Marlin continued to move his cows through the cover crop on to the sudan grass and then on December 28 they began to graze in the corn. The paddocks for the corn are 2 to 3 acres and last about a week before the cows need to be moved.

Moving the electric fence required a little rancher ingenuity but Marlin and his wife Aurilla can move it in about one hour. Once the snow was on the ground two wires were needed on the fence in order to have a good grounding wire. Marlin was very happy with the results of the project in 2018. He shared his experience at the MonDak Ag show in March of 2019.

In June 2019 he began the process all over again on a different set of fields. He decided to try grazing corn but had to reseed it and was not able to get a good fill on his heads due to lack of growing days.

Although he had this minor setback, he grazed cover crops and sudan grass up until January.

He is currently grazing the corn, and the cows are doing very well especially with the open winter we had this year.

Last July a group of people attended a workshop on his ranch to learn more about the project and how they could implement on their operation.

Marlin is very excited about the project and is always willing to talk about what he has learned about winter grazing with anyone who is interested.

An update on the project will be presented at MonDak Ag Days March 12 at 3:15 pm at the Richland County Event Center.

Marlin’s willingness to try this grazing alternative on his operation, the excitement he has for the project and the sharing of the ups and downs with others is one of the reasons the conservation district chose him and Aurilla as the 2019 Cooperators of the Year.

Yes, we know they live in Dawson County, but they have land in both counties, and we are proud to honor them with this award and thank them for co-operating with us on several aspects of conservation.

Congratulations to the Johnston’s Richland County Conservation District’s 2019 “Co-operator of the Year.”