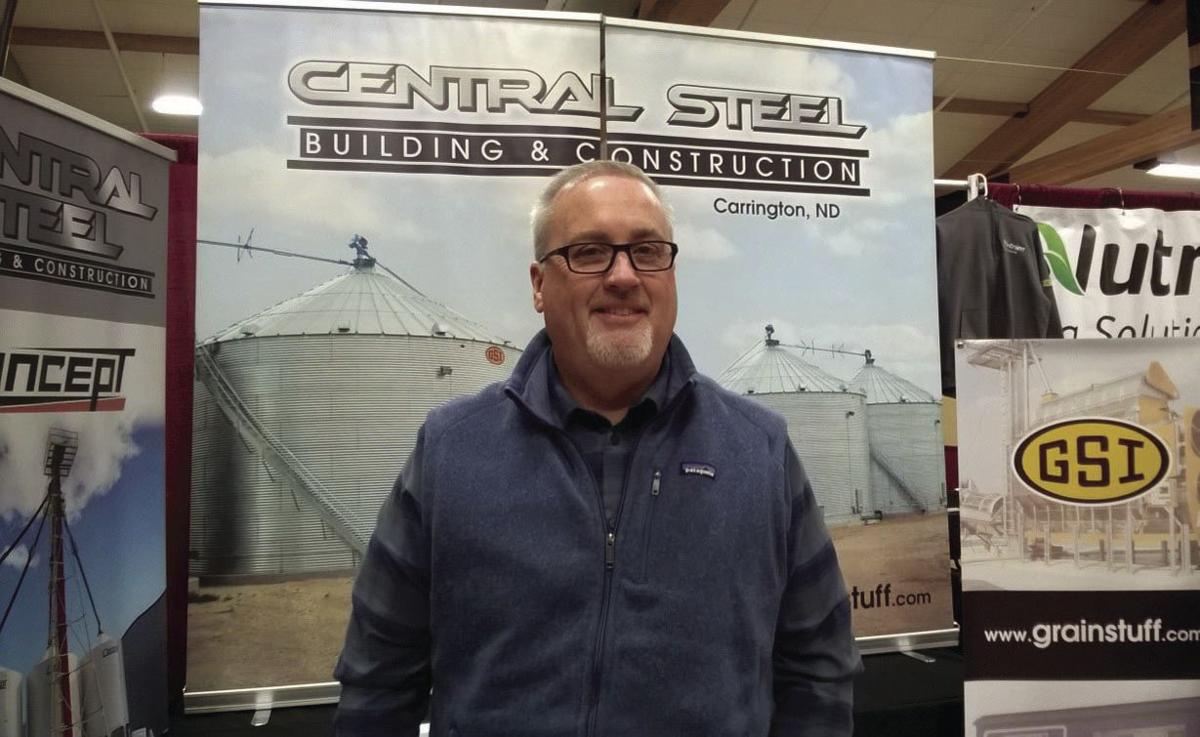 GSI's Brad Steffen was one of 40 vendors to attend this year's MonDak Ag Days & Trade Show at the Richland County Fairgrounds and Event Center. 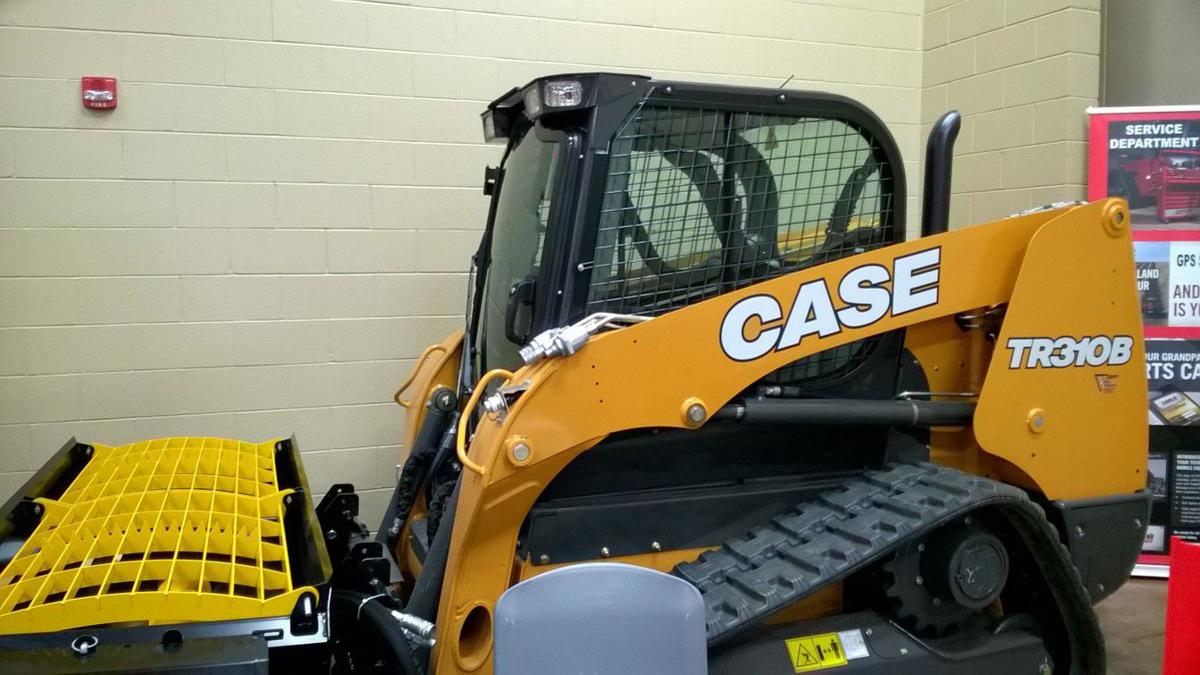 Case was among several heavy-duty farm equipment manufacturers to display its products at the 2020 MonDak Ag Days & Trade Show at the Richland County Fairgrounds. 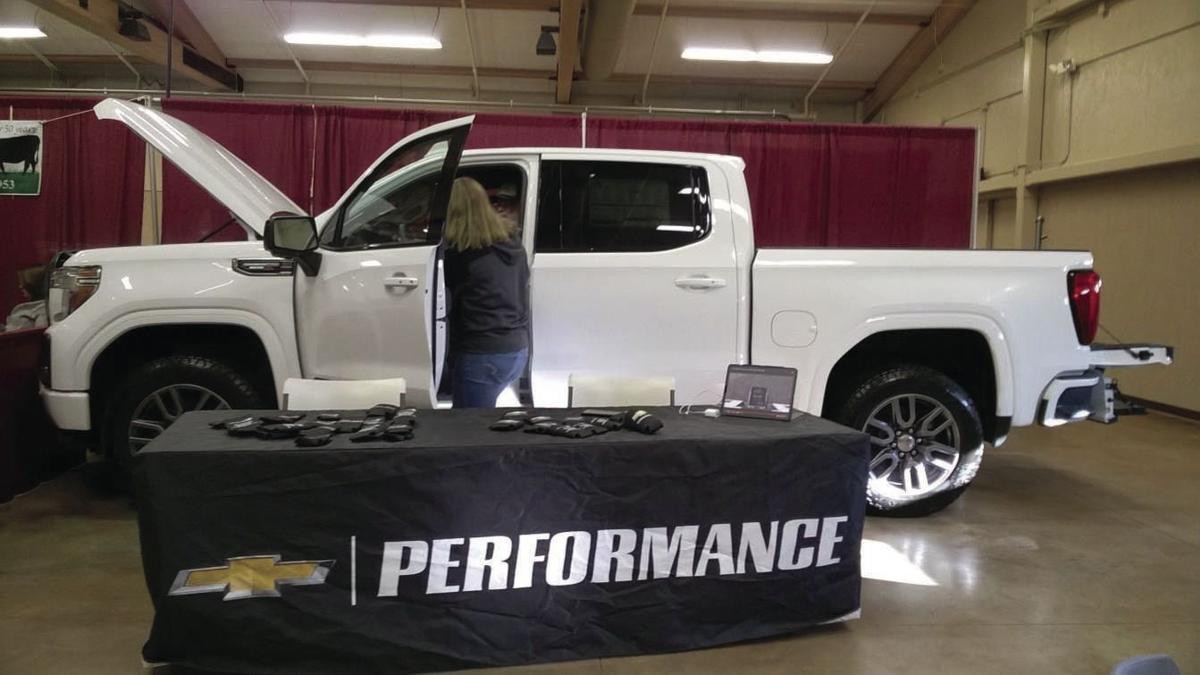 A new Chevrolet pickup truck was on display at this year's MonDak Ag Days & Trade Show at the Richland County Fairgrounds.

GSI's Brad Steffen was one of 40 vendors to attend this year's MonDak Ag Days & Trade Show at the Richland County Fairgrounds and Event Center.

Case was among several heavy-duty farm equipment manufacturers to display its products at the 2020 MonDak Ag Days & Trade Show at the Richland County Fairgrounds.

A new Chevrolet pickup truck was on display at this year's MonDak Ag Days & Trade Show at the Richland County Fairgrounds.

To that end, the opening session featured Chengci Chen, who discussed the viability (and presumed profitability) of growing hemp instead of — or in addition to — traditional crops like corn and wheat.

Chen discussed the basics of growing hemp. He was one of several speakers featured during the two-day event. Other scheduled speakers included Brian Jenks, an NDSU cropland weed extension specialist; Paul Detloff, on the importance of applying adjuvants to pesticide applications; and Marlin Johnston, a Richey farmer/rancher and Richland County Conservation District “Co-operator of the Year” in 2019. An estimated 40 vendors displayed their products, goods and services on Thursday and Friday.

Among them, GSI, an early bird appearing at the tradeshow on Thursday morning. The 53-year-old company specializes in selling and installing grain bins that cost as much as $150,000.

Brad Steffen, who purchased GSI along with a business partner in 2017, said the average grain bin sells for about $50,000. Farmers purchase the storage bins, he said, to add to their existing inventory of grain storage facilities after the growing season begins. Farmers are better able to gauge storage needs toward the end of the growing season, which is largely dependent on weather.

Steffen noted “corn and sunflower seeds are the biggest products that are stored.”

“The moisture definitely helped out here,” Steffen said of eastern Montana’s 2019 season. The eastern part of the state is more profitable for his business because of the vast flatlands for farming acreage compared to western Montana, where hills make farming more challenging.

“We had a fairly decent half a year,” Steffen said of Montana’s most recent crops and the necessity to add storage bins to existing farms.

He credits Montana farmers with being extremely sophisticated when it comes to calculating how much storage space they’ll need in a given growing season, depending on weather, moisture and crop yields.

“Farmers out here are incredible people,” Steffen said from a modest booth at this year’s MonDak Ag Days & Tradeshow. Growers in Montana, he said, have good business sense. They are extremely knowledgeable about the economics of planting, harvesting and storing profitable crop yields.

Steffen, who also represents Central Steel Building & Construction, said GSI is a full-system integrator. Although the company delivers and installs steel storage bins, it hires contractors to excavate and pour the concrete foundations.

He said a typical bin installation may require 5–6 subcontractors during the company’s prime installation months of July through September, when farmers are best able to gauge precisely how much storage they’ll need after harvesting their crops. “Storage is not an impulse buy,” Steffen said. “These farmers are multi-million-dollar business operators. They’re smart and very knowledgeable. They’re very good operators [who] are able to add storage even in economic times such as these.”