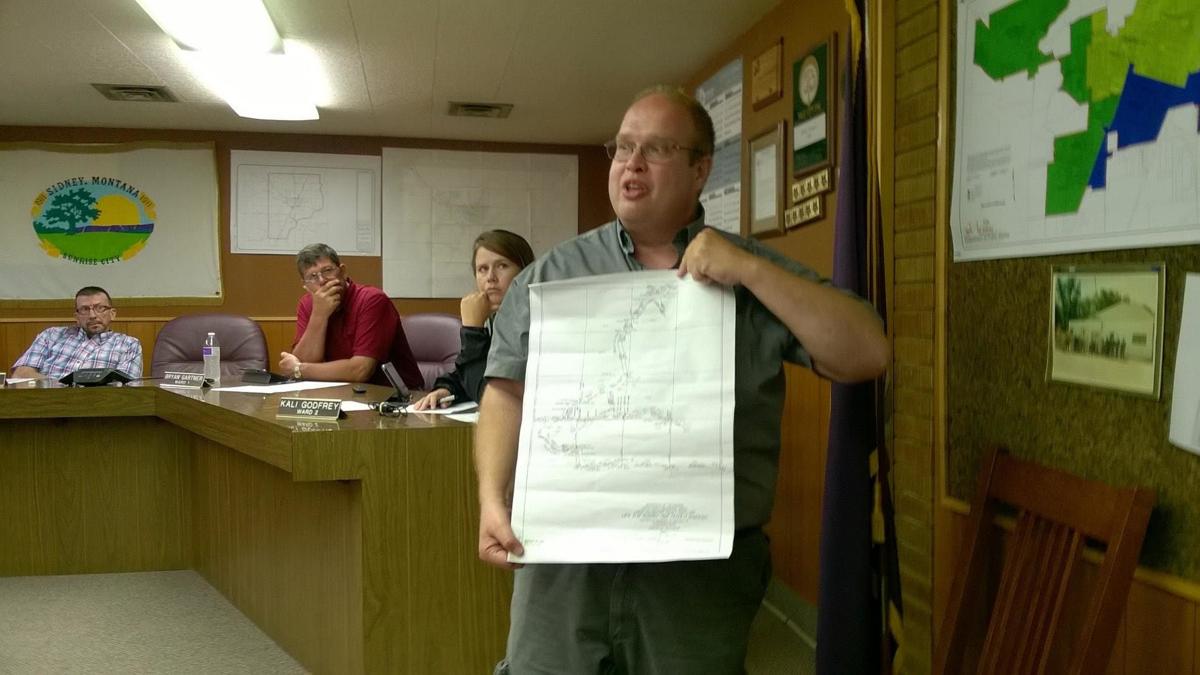 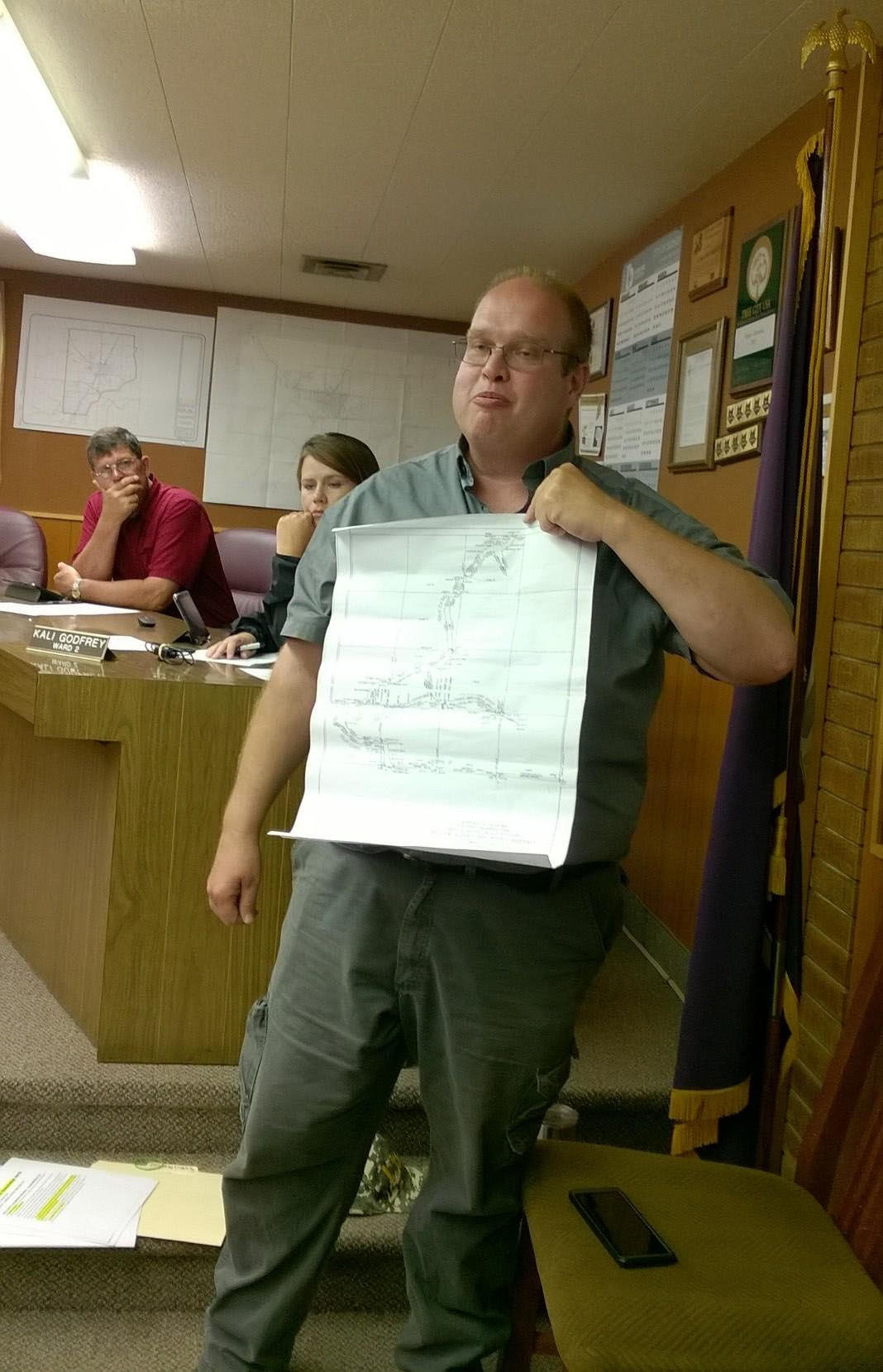 James Brower, manager of the Lower Yellowstone Irrigation Project that oversees the canal where a 4-year-old Sidney resident recently drowned.

James Brower, manager of the Lower Yellowstone Irrigation Project that oversees the canal where a 4-year-old Sidney resident recently drowned.

The chamber was packed at the Sidney City Council meeting on Monday evening, July 6.

Apparently, that was a problem. At the close of the meeting, the council discussed and approved a suggestion to close, until further notice, upcoming Sidney City Council public meetings.

The decision centered on COVID-19. Citing the health and safety of city council members, the mayor and city staff, the council agreed by “consensus” to close its next meeting to the public, including — presumably — the press.

No official motion was made to close future meetings. There is some speculation that doing so without a vote is improper. However, the council agreed, and Mayor Rick Norby confirmed, the next scheduled Sidney City Council meeting will not be open to the public. The public will be allowed to participate virtually through Facebook, it was noted.

The meeting began with a presentation by James Brower, manager of the Lower Yellowstone Irrigation Project (LYIP), concerning whether the city should erect fences along the local canal.

A 4-year-old boy drowned after falling into the canal on June 19, 2020. The child, Trace Hilburn, fell into the canal shortly after noon on a Friday. He reportedly was found about a half-mile upstream by Sidney Police and at least one Richland County Sheriff’s deputy.

Hilburn was placed in the back of a Sidney Police Department vehicle and taken to nearby Sidney Health Center. However, he was later pronounced dead after medical staff were unable to resuscitate him.

Brower led his presentation with a recap of the canal’s history — dating back to the turn of the 20th century and Theodore “Teddy” Roosevelt. Brower addressed whether it is the government’s responsibility to ensure the safety of citizens near, at and around the canal.

At issue is whether a fence should already have been in place to prevent tragedies like Hilburn’s drowning. Specifically: Should the city of Sidney be responsible for erecting a protective barrier to minimize the likelihood of a similar accident occurring in the future.

Brower began his presentation with some historic context. He told a story about Teddy Roosevelt, who listened to input from local farmers while visiting the area more than a century ago. They reportedly informed the president the local soil was good, but there was insufficient year-long water for farming.

“There was a few ranchers and cowboys who tried farming,” Brower said, as he summarized the history of the canal running through the area before it became Richland County.

That’s when Montana passed laws to form a federal reclamation act, Brower explained, noting the act made it clear that every “local area” in the United States was required to reimburse the federal government for “any money” borrowed to improve the surrounding community, including for an irrigation project.

Roosevelt declared, according to Brower, that any money borrowed from the federal government should be used “for the purpose of protecting” people, whether from drought or for safety reasons.

Brower went on to state that any and all fences erected along the canal must be at least 25 feet from the “irrigation ditch.” He said the law does not currently require fences along the canal because it’s economically infeasible to maintain them.

Although he acknowledged the Federal Bureau of Reclamation owns all of the land, “right up to the ditch,” Brower said the federal government is not responsible if someone falls in.

“The irrigation ditches are not liable from a drowning,” Brower said. “We’re looking at what options we can use to try and make it more difficult to fall into the canal.”

The LYIP manager noted so-called “ledges” that form along the canal — where soil builds up and weeds grow — are actually false. There is no support beneath them.

Brower told the council and the audience he offered to assist Trace’s family in their efforts to erect a fence in order to prevent future deaths.

“I offered to help the Hilburns [in] requesting permission to run it 25 feet from the canal,” Brower said. “I believe this meeting is to try and come up with some good ideas of how we can discourage people from falling in.”

After an audience member suggested construction of the fence should begin at the trailer park where Trace was when he fell into the canal, Mayor Norby requested permission to represent Sidney if such discussions ensue. A motion was made and approved by the council to allow Norby to represent the city.

The tenor of the meeting changed when a youth spoke up. Later, the youth identified themself as a cousin of the now-deceased boy, Trace Hilburn. The youth asked why no action had been taken previously to prevent such a tragedy.

That question prompted a discussion about access. Fences erected by private homeowners reportedly impede LYIP crews from mowing and clearing weeds along the canal and on “false ledges,” Brower explained.

“If we want to increase safety, we’ve got to remove obstacles,” he said, alluding to fences put up along Holly Street to keep vehicles from driving into the canal.

After listening to a brief exchange of questions and answers between the articulate youth and the thoughtful LYIP manager, Mayor Norby said the city could not afford to pay the costs of erecting a fence along the entire canal. Sidney is not legally required to do so, according to the LYIP manager.

The Sidney City Council voted to move forward in exploring how it might encourage private companies and other parties to fund a safety barrier along portions of the canal that run through the city.

• The council voted unanimously to approve an option to add a new insurance provider — Global Family Heritage — in addition to AFLAC, for city employees.

• Purchase of a $3,000 computer app called iCompass, to supplement online meeting agendas and eventually allow the council to livestream meetings to the public, was unanimously approved.

At the close of the meeting, Sidney City Clerk/Treasurer Jessica Chamberlin asked council members to consider returning to social-distancing practices and close the next meeting to the public. Citing the packed audience at the July 6 meeting, Chamberlin and others expressed their concerns it is impossible to enforce the six-feet-apart recommendation for limiting the spread of COVID-19.

Tami Christensen of Ward 3 added, due to other local event cancellations, it would be a good idea to close the next few council meetings to the public.

Kysa Rasmussen of Ward 2 agreed it would be prudent to close the next few meetings to public in-person access. However, no motion was made to do so; and no vote was held on Monday night, July 6, to limit public access to future Sidney City Council meetings.

After the meeting, Mayor Norby was asked to confirm whether a vote was taken to close the next Sidney City Council meeting to the public.

“You don’t have to have a motion on something like that,” Norby said.

The mayor referred to the decision to limit public access to the next Sidney City Council meeting as a “consensus.”