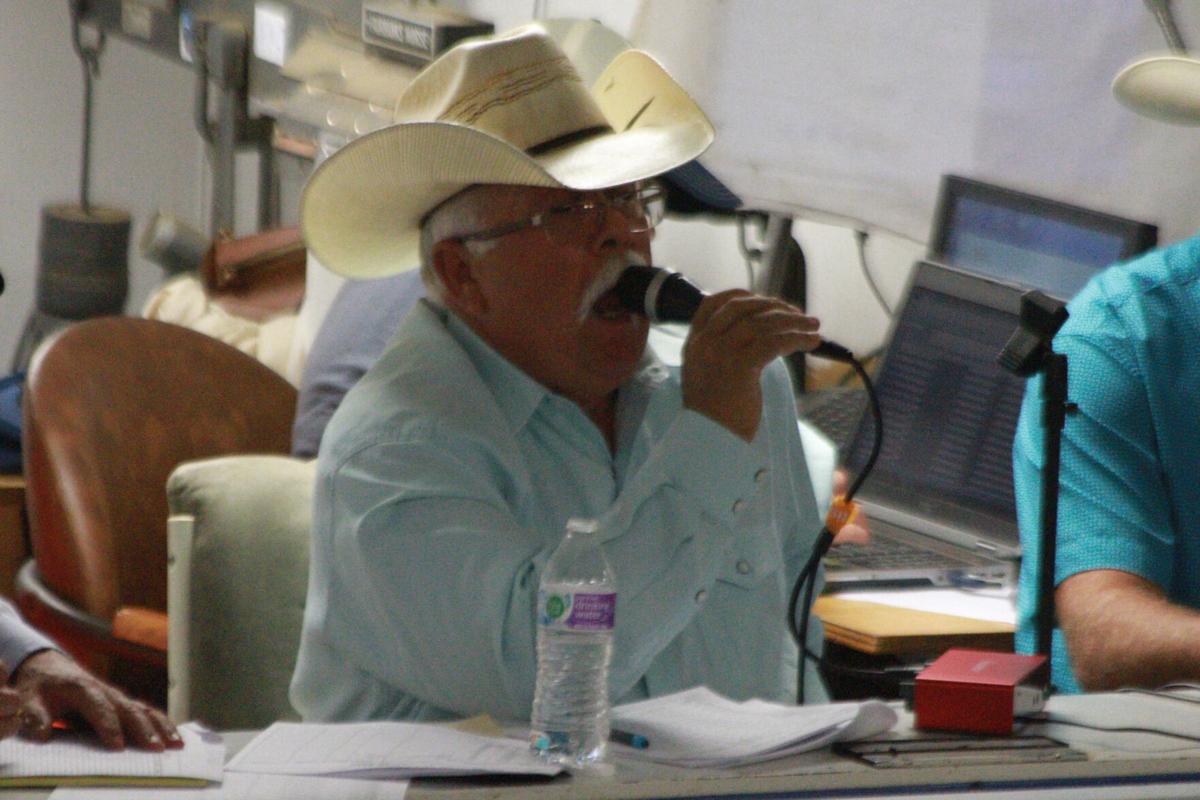 Randy Searer calls out prices of bids in rapid fashion. He was one of the auctioneers at the Richland County 4-H livestock virtual sale Aug. 7 at the Sidney Livestock Market Center. 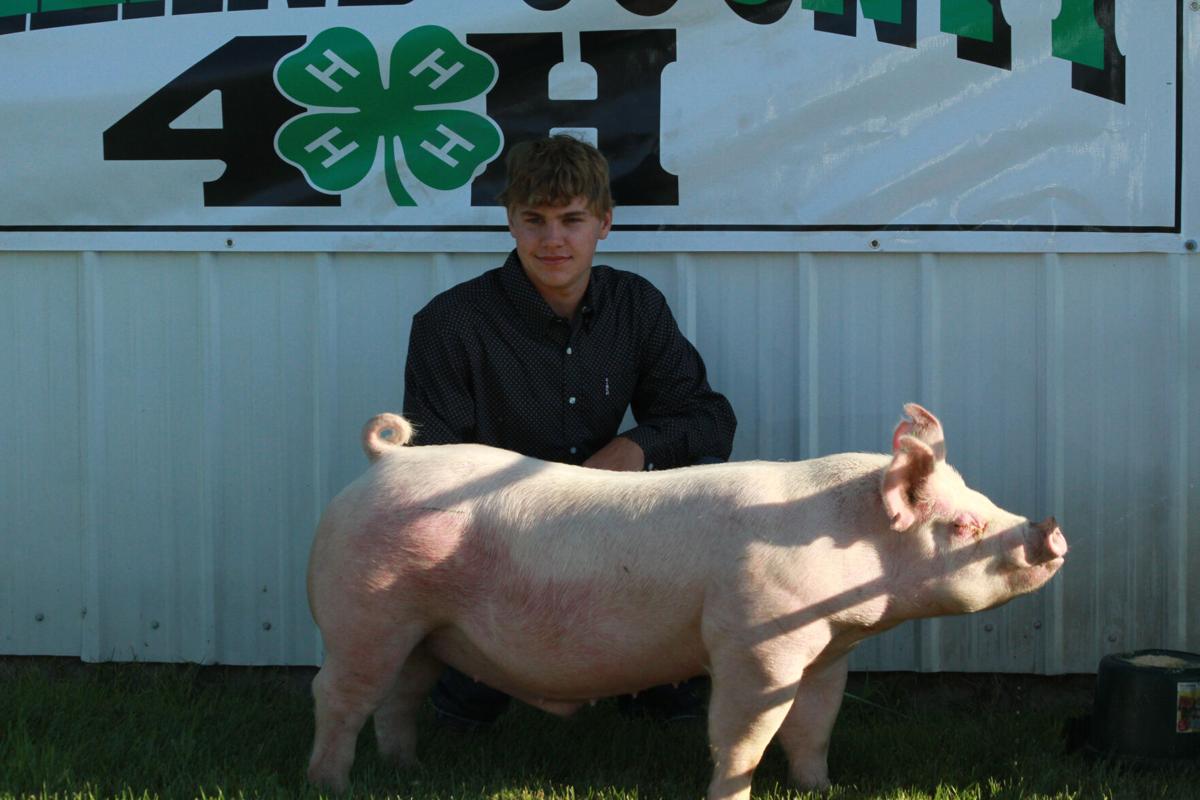 The highest buying price at the 4-H auction was $44 per pound. It was good enough to purchase the hog of William Van Hook III (pictured).

Randy Searer calls out prices of bids in rapid fashion. He was one of the auctioneers at the Richland County 4-H livestock virtual sale Aug. 7 at the Sidney Livestock Market Center.

The highest buying price at the 4-H auction was $44 per pound. It was good enough to purchase the hog of William Van Hook III (pictured).

You would think one could not fully appreciate an animal like a hog or a steer while looking at it on a computer screen.

Typically, bidders know if they want to purchase one of the animals shown at the Richland County 4-H livestock sale by looking at it in person. With a virtual auction, the pixelated image does not do justice to what each animal looks like up close.

However, in-person buyers and online bidders alike seemed to manage just fine during the 4-H virtual livestock sale on August 7 at the Sidney Livestock Market Center.

Due to the COVID-19 pandemic, the 2020 4-H livestock sale had a virtual component. Online bidding in real time allowed for social distancing inside and the option for those concerned about their health to still be able to participate. Virtual auctions also offer the convenience of allowing bidders to participate who might not otherwise be able to attend the live event.

Buyers — live and virtual — seamlessly bounced their bids back and forth. In-person bidders gestured in the arena, while those using a desktop computer mouse or laptop typepad clicked their preferences and bid prices online with their fingertips.

“I think that yes, the sale was very great,” said Josie Evenson, 4-H/Youth Development agent for the Montana State University Richland County extension office. “We appreciate all the support from our community and surrounding areas.”

As is expected with anything done virtually, there was some lag time between an online buyer bidding and that notification coming through to the auctioneers and staff. For the most part, however, each online bid could be announced in perfect flow while an in-person attendee gestured the bid.

The goal, Evenson said, was to get all the animals sold, which was accomplished.

A lot of the animals up for sale garnered multiple bids for their purchase. Selling prices typically ranged from $3.50 to $6.00 per pound, but there were times when bid battles would go into the double-digits.

The highest buying price was $44 per pound, which was good enough to purchase William Van Hook III’s hog.

Although the online aspect may have changed the livestock sale tradition a bit, it created an opportunity for potential buyers from farther away to participate.

People chimed in online from outside Richland County a fair bit, with some bidders popping in from the North Dakota towns of Beach, Williston and Watford City.

The scope of the buyers was impressive. Online bidders in Montana logged on from Brockton and Culbertson.

Evenson said some Billings buyers made an appearance as well. She noted Billings is not an area that is typically represented in the sale.

“I think that there were buyers who really enjoyed the online system because they could buy from the comfort of wherever they were, especially if they weren’t here,” Evenson said, referring to the Sidney Livestock Market Center.

Despite the virtual element, there were still auctioneers rapidly firing away prices. There were still people in the seats calling out their intention to buy, and animals were still being purchased.

The online aspect to this year’s 4-H animal auction did not disrupt the sale or make it feel any less atmospheric. As Evenson said, it was still a success.

This page contains all of The Sidney Herald’s coverage of the novel coronavirus outbreak, and the illness it causes, called COVID-19.

Because this outbreak impacts public health, our coverage of the coronavirus is available to all readers. Our journalists are working hard to bring you the verified information below. Please consider supporting important local journalism with a subscription. (Click Here)

Are you a Richland County resident who’s been affected by the illness? Send us an email: editor@sidneyherald.com.