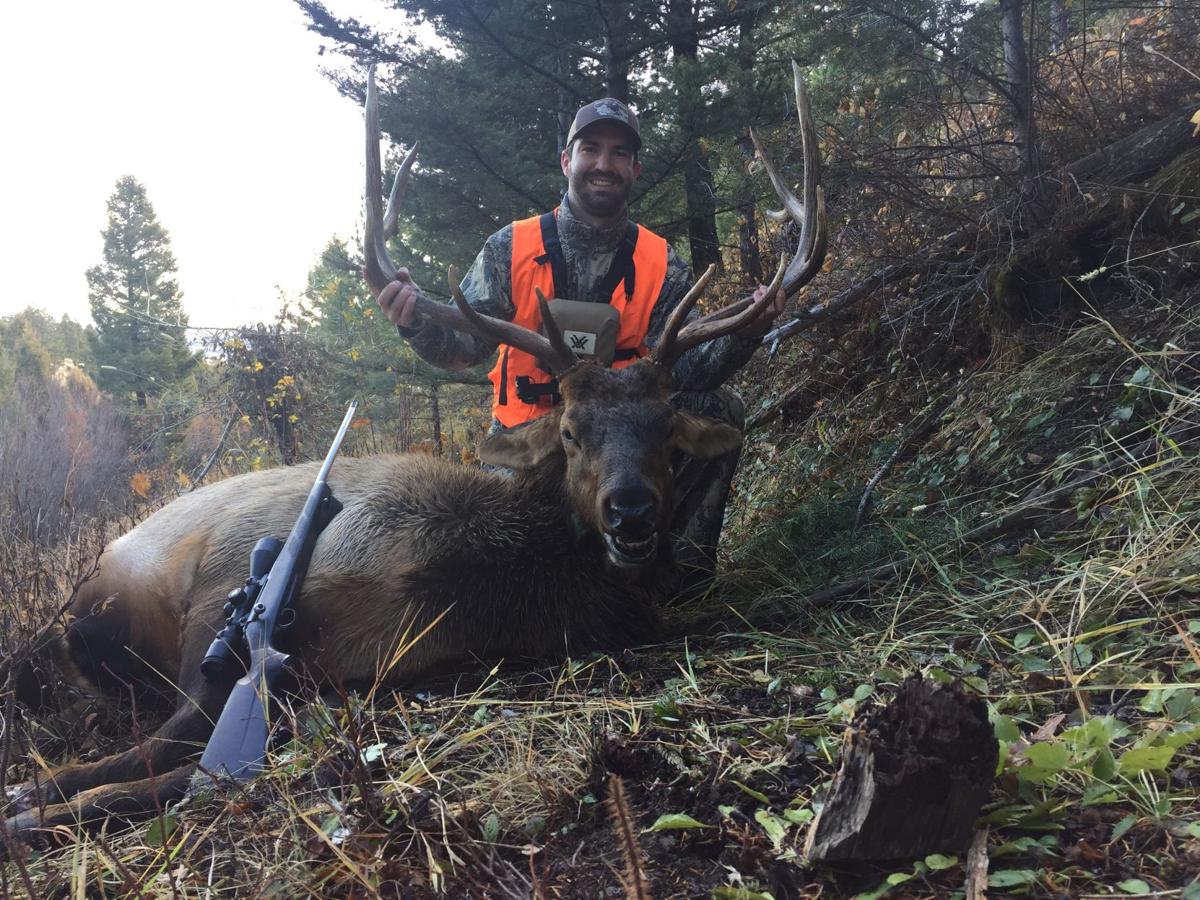 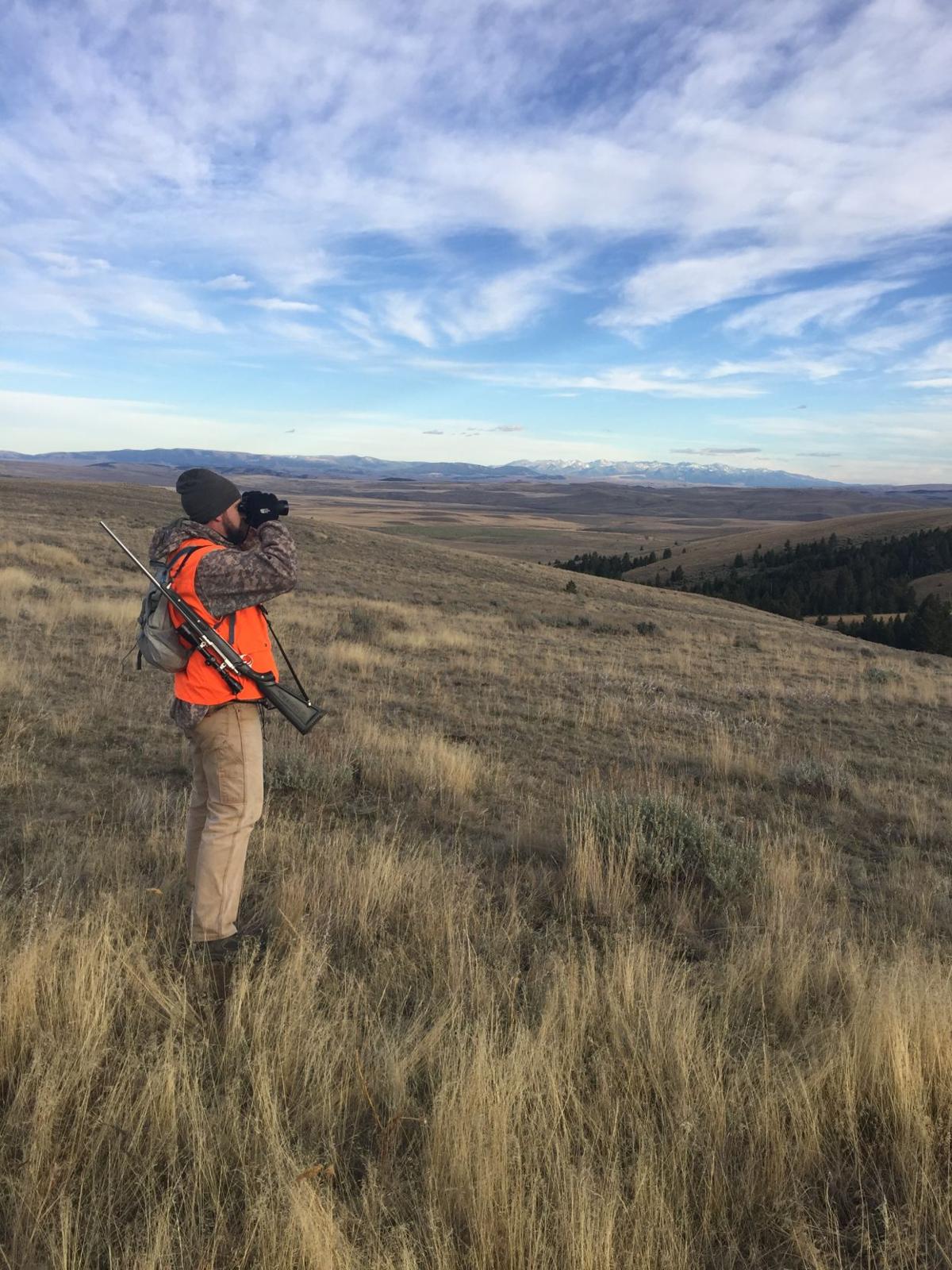 The author’s hunting partner stops to glass a hillside for elk on a Montana hunt.

The author’s hunting partner stops to glass a hillside for elk on a Montana hunt.

While most of us have been more tuned in to big game hunting applications this spring or hitting the water for walleye, the recent stay-at-home order gave me a chance to organize some gear, too.

Picking my way through a year of fishing and hunting equipment, my thoughts swirled around one activity: elk hunting.

Even as I write this, I am kicking myself for not organizing my elk gear after my last move. It’s easy to understand why, as I have my North Dakota once-in-a-lifetime elk tag in my pocket and know the work that goes into successfully hunting elk. We all have hunting and fishing experiences that feed an aching passion and drive us onward to the next season, and my most recent experience is the fuel for this fall’s fire.

I last punched an elk tag when I lived in Montana; a beautiful six-by-six bull elk with dark antlers. The area had healthy elk numbers, and I knew that if I put the miles in, I would eventually find a herd. We were in the foothills of the mountain, hoping that the activity of the first week of rifle season had moved elk around as hunters moved in and out of the area.

I’ve also found another activity during down times that fuels my passion for the outdoors — conservation advocacy. I know, there is already an overwhelming stream of online advocacy clawing its way through social media channels, e-mail boxes and digital forums. Making sense of it all can be daunting.

The fall won’t come quick enough for me. And relishing in that last Montana elk hunt keeps me going. How could it not?

The draws, coulees and creeks were loaded with deer, elk and bear sign. Each track confirmed that was the spot where I needed to be. I was able to harvest a great bull and had two friends who were willing to stop their hunt and help pack it out with me.

There is nothing like a four-mile hike with your pack loaded down and your legs screaming to make you thankful for ibuprofen.

It took me a couple of hours to get in range of the bull. I had spotted him over a mile off; tucked into the hillside and protected from the icy rain that had started to fall. I moved in slowly, cautious of the wind, worried that one swirl would send my scent and the bull would run out of my life (and out of this story).

When I finally got within distance of the elk, I centered the scope on my 7mm Remington Magnum behind his shoulder, and after a couple of steadying breaths, slowly squeezed the trigger.

The crack of the rifle had the elk up and moving, but only for a second. After about 15 yards he rolled down the hill before wedging in some undergrowth.

Then the real work began. I sent a text off to my hunting partners saying I’d be late for our midday meet-up and started breaking down the bull. Multiple hours later, I arrived back at camp and recruited my friends for some “Type 2 fun.”

With their help we were able to get all the meat out and cooled down quickly. They earned every slice of pizza and cold beer I bought for them when the hunt was over.

So, I sit here, planning my next elk hunt this fall — securing the time and hoping travel will be less complicated than it is today.

In the meantime, I’ll be getting in shape for this once-in-a-lifetime opportunity. And when I’m in the Wildlife Federation office, I’ll do all I can to ensure we have access and good habitat for hunting and fishing by advocating as a sportsman and using my voice.