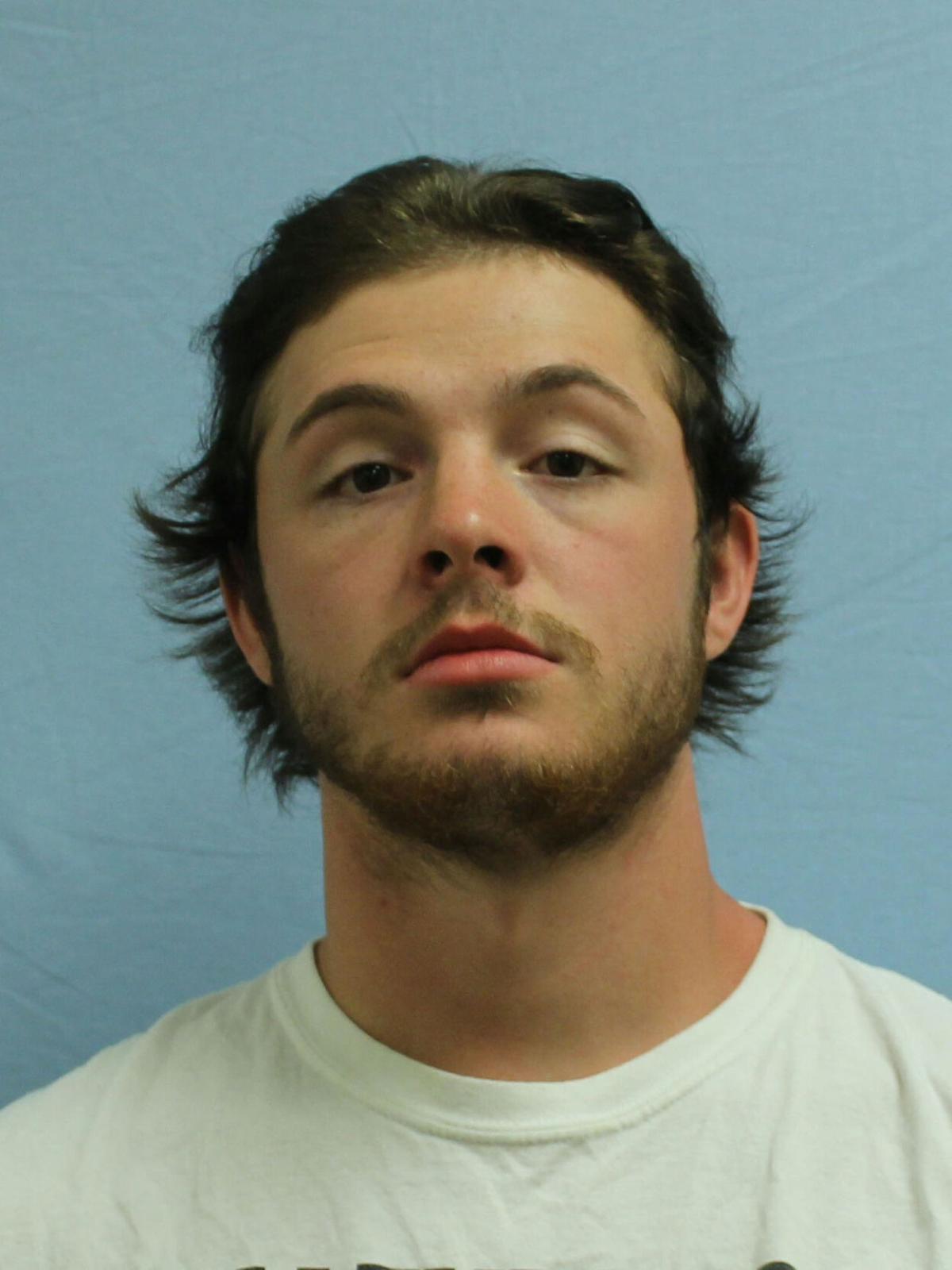 Ashton C.B. Swenson, 19, was arrested and charged on August 3, 2020 with felony Criminal Mischief for allegedly vandalizing downtown Sidney businesses and private property during the night of July 15. 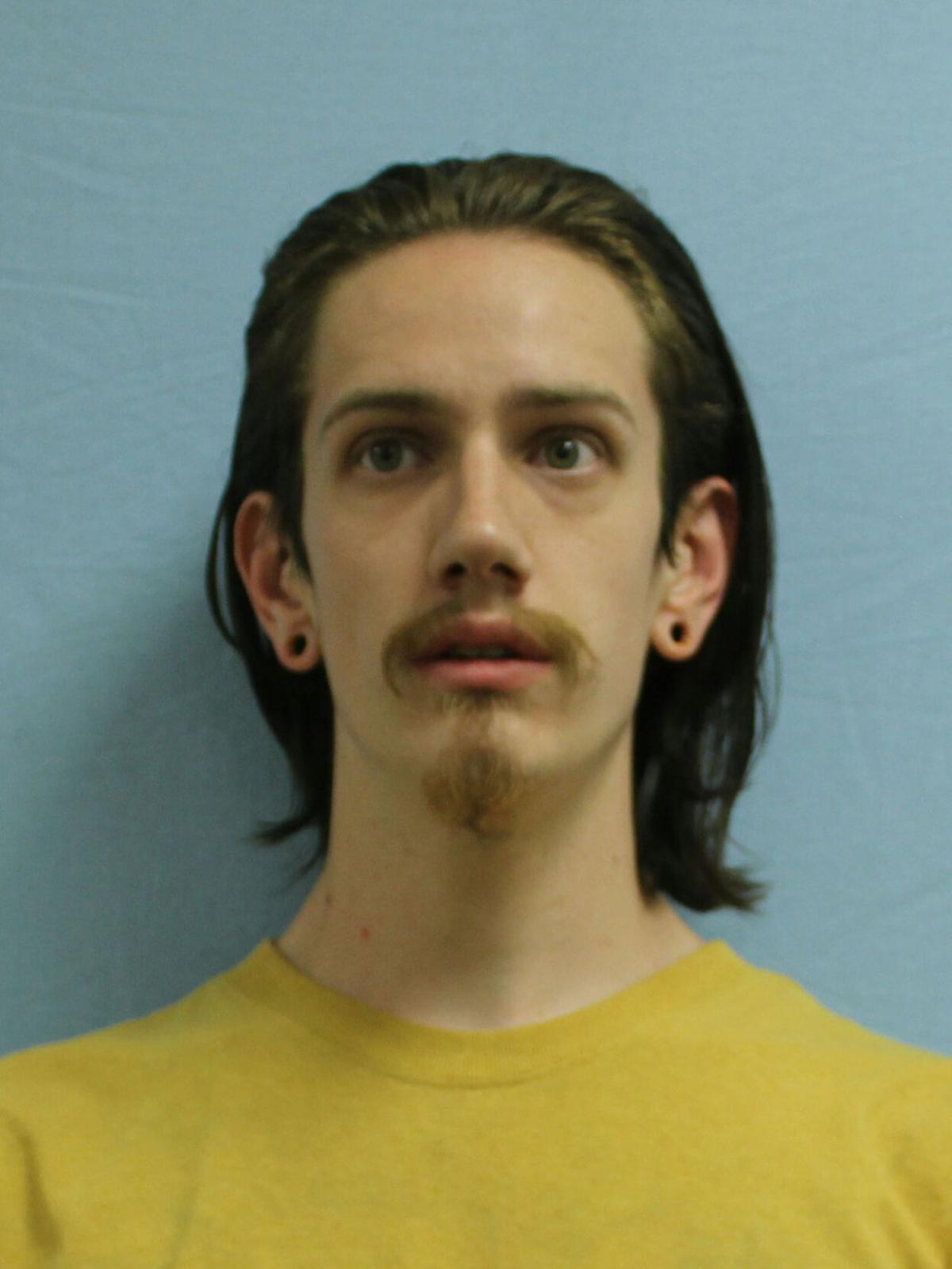 Isaiah J. Kester, 22, was arrested and charged on August 3, 2020 with felony Criminal Mischief for allegedly vandalizing downtown Sidney businesses and private property during the night of July 15.

Ashton C.B. Swenson, 19, was arrested and charged on August 3, 2020 with felony Criminal Mischief for allegedly vandalizing downtown Sidney businesses and private property during the night of July 15.

Isaiah J. Kester, 22, was arrested and charged on August 3, 2020 with felony Criminal Mischief for allegedly vandalizing downtown Sidney businesses and private property during the night of July 15.

Two adults were arrested and charged with felonies related to a dozen vandalized businesses and private property during the night of July 15, the Sidney Police Department (SPD) reported on August 3. Both males are residents of Sidney.

Ashton C.B. Swenson, 19, and Isaiah J. Kester, 22, were each charged with “Criminal Mischief by a common scheme.” Because the crimes exceed $1,500 in damage, both adults were charged with felonies.

They reportedly committed what was described by Sidney Chief of Police Mark Kraft on July 15 as a “rash of vandalism” the night before.

An unidentified 15-year-old youth was also cited for committing “Criminal Mischief by a common scheme.” The juvenile suspect must appear in criminal youth court on the charges.

The case stems from a series of vandalisms throughout Sidney, believed to have occurred between 1 and 3 a.m. on July 15.

Video footage of the youths vandalizing an electronic sign in front of Sidney Middle School reportedly was helpful to the SPD. However, video footage from another area of downtown Sidney led to positive identification of the youth, Kraft said.

SPD officers questioned the 15-year-old on July 29 in the presence of a guardian because he is a juvenile, Kraft told the Sidney Herald.

The SPD chief declined to state whether the first suspect assisted Sidney police in identifying the alleged co-conspirators.

“It’s not law enforcement’s job to negotiate,” Kraft said. “That is outside the scope of our job. Our job is to enforce the law.”

The juvenile was cited for “Criminal Mischief by a common scheme,” said Kraft, who described a common scheme as a series of related, or interconnected crimes.

The youth’s full name is being withheld because he is a juvenile.

“He was not arrested,” Kraft said of the youth, because he is not considered a threat to public safety.

The police chief also noted that Sidney has no detention facility for juveniles charged with crimes, and that the suspect would have to be transported to Billings or another location within the state if he was taken into custody.

Instead, the juvenile was given a citation with a notice to appear in youth court, along with a mandate that a probation officer must be present at the specified date and time listed in the citation.

The youth admitted guilt at the time he was issued a citation, Kraft reported.

The SPD chief explained that, based on information obtained during the course of a more than two-week investigation, a police detective was able to obtain positive identifications of Swenson and Kester. The SPD then obtained arrest warrants signed by Sidney City Judge Luke Savage.

Property damage, as of August 4, is estimated at more than $5,400. It consists mostly of broken building windows, vehicle windows, headlights and tail lamps. No property appears to have been stolen, according to the SPD.

“It’s suspected that there was some alcohol involved,” Kraft said.

However, the police chief did not go on record as stating the suspects were intoxicated at the time they are alleged to have committed the acts of vandalism.

Potential punishment for the two adults charged in the case comprise fines not to exceed $50,000 each, and/or imprisonment for a term not to exceed 10 years.

Near-identical complaints were filed in the City Court of Sidney, Richland County against Swenson and Kester. Both men are charged with the “offense of Criminal Mischief (more than $1,500) by common scheme, a felony, in violation of Montana Code.”

The adult defendants “knowingly caused approximately $5,452.50 dollars to various vehicles and properties across the City of Sidney,” each complaint states.

An Affidavit filed with the Sidney City Court states that, “During the investigation, surveillance footage was obtained and three suspects could be seen.”

One of the suspects — a youth identified only by the initials S.M. — “admitted to being present during the vandalism and admitted to participating in them,” according to the court Affidavit.

Had he been an adult, Kraft said the youth would have been arrested and charged with a felony.

The Affidavit states the youth “coberated that they damaged” the following:

• The front window “at All That Safety”

• Two windows at the Sidney pool

• Side windows “on a camper belonging to Bret Suko”

• The driver-side front window of a “green Pontiac belonging to Avea N. Morley”

Bail was set at $50,000 for each adult defendant. Among the conditions for bail release for both Swenson and Kester are that they “avoid all contact with any alleged victim of the crime...refrain from possessing a firearm...maintain weekly contact with Public Defender.”

In addition, the court ordered Swenson and Kester to participate in “Supervision Services” that require each to wear a “GPS Bracelet Tracking” device.

None of the defendants are allowed to leave the county, per court-mandated orders.

Initial Appearance dates for Swenson and Kester were set for August 17, 2020.

As of August 4, neither Swenson nor Kester had admitted involvement in the crimes, according to public court documents. However, Chief Kraft told the Sidney Herald the evidence against them is solid.

“It’s a prosecutable case,” he said.