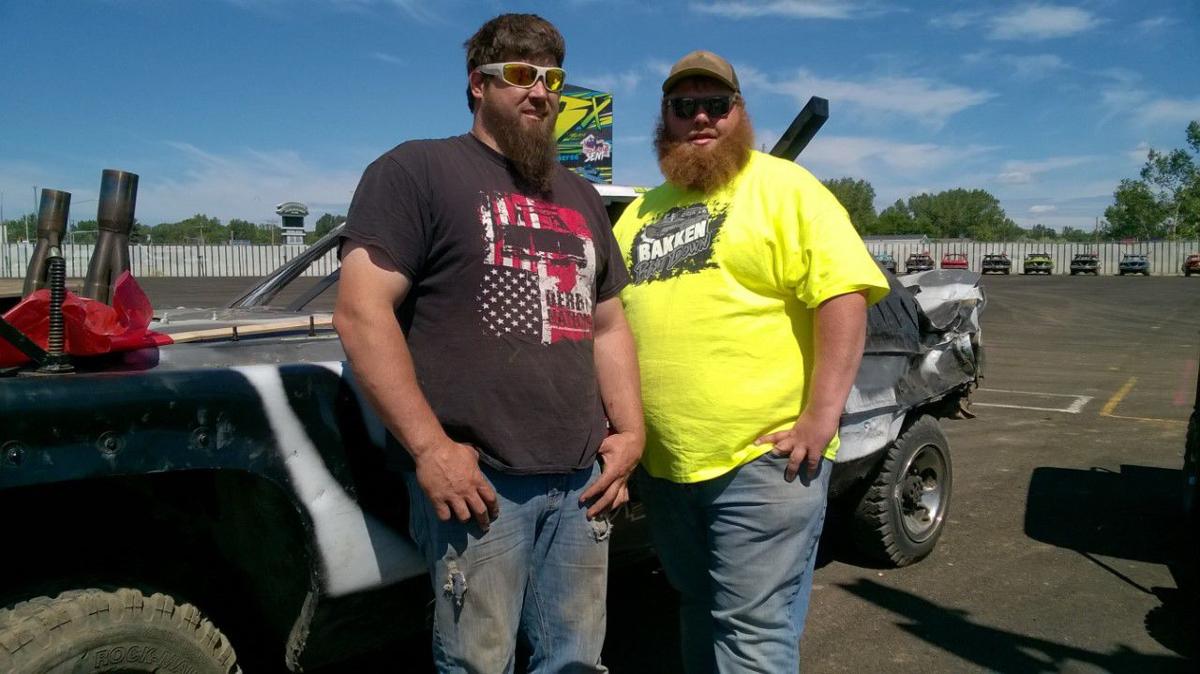 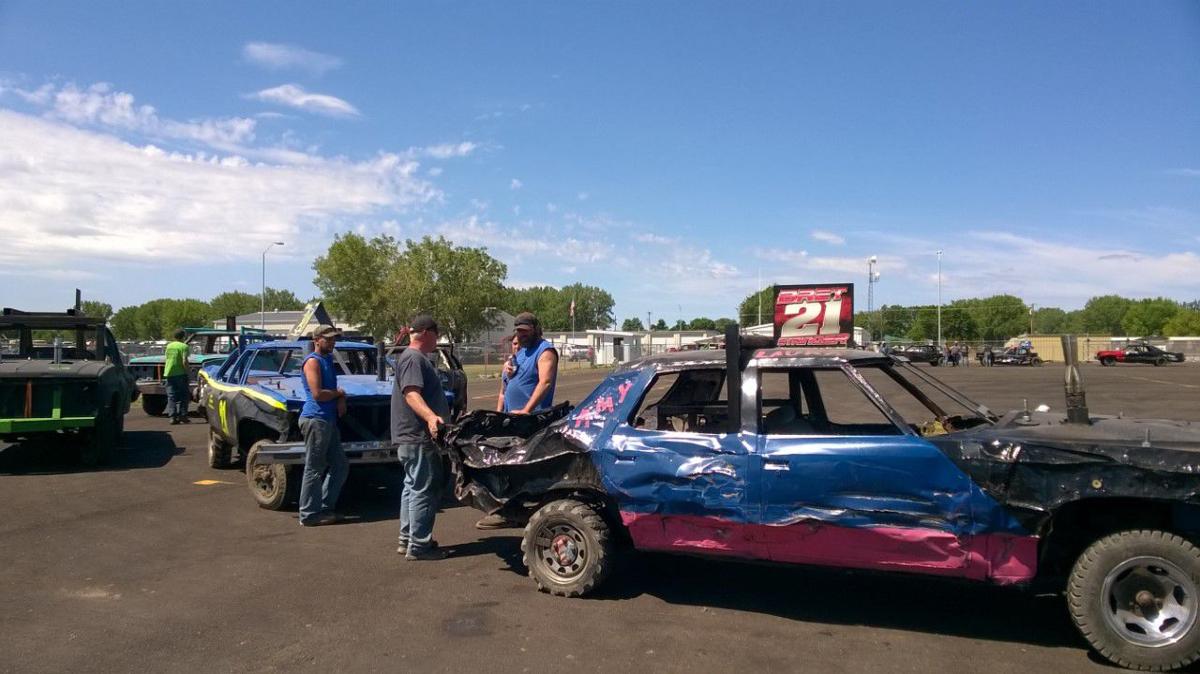 Drivers for this year's Bakken Beat Down at the Richland County Fairgrounds line up to have their cars inspected for the second day's qualifying event on June 20, 2020. 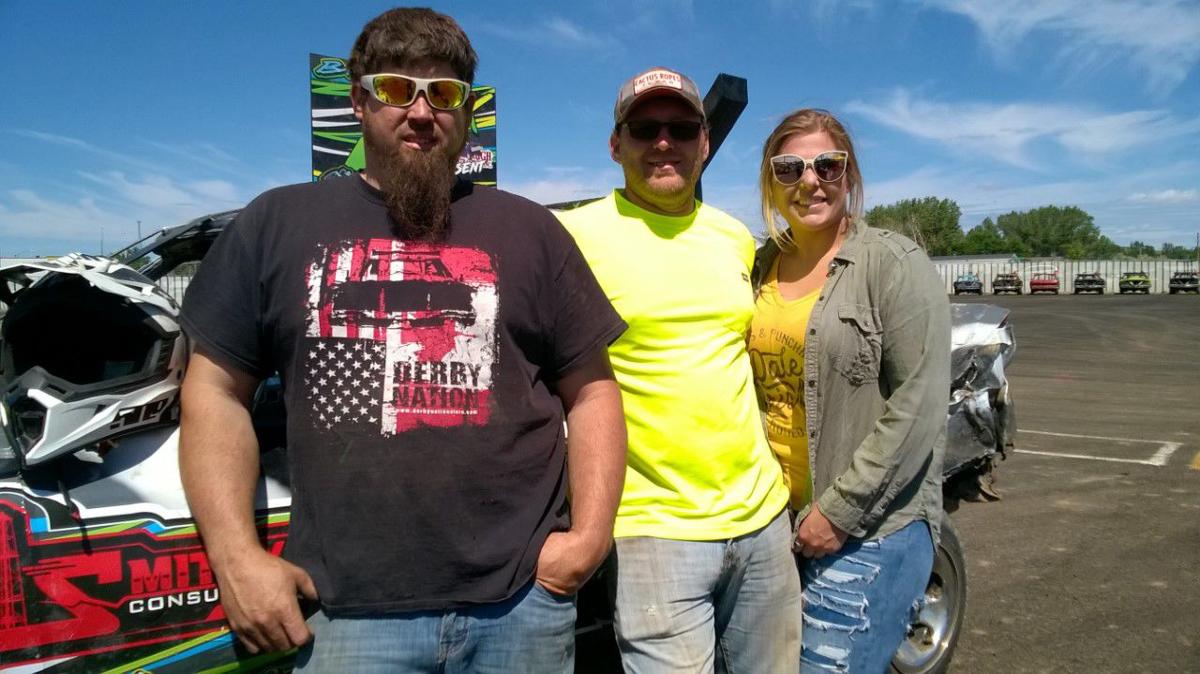 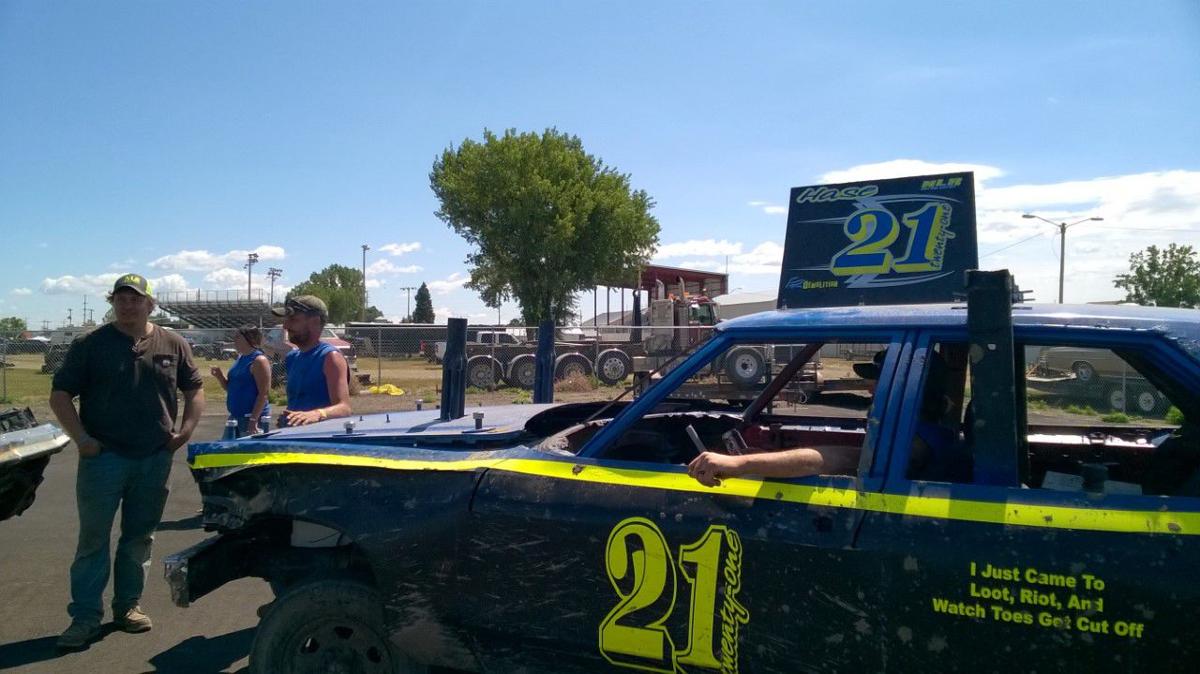 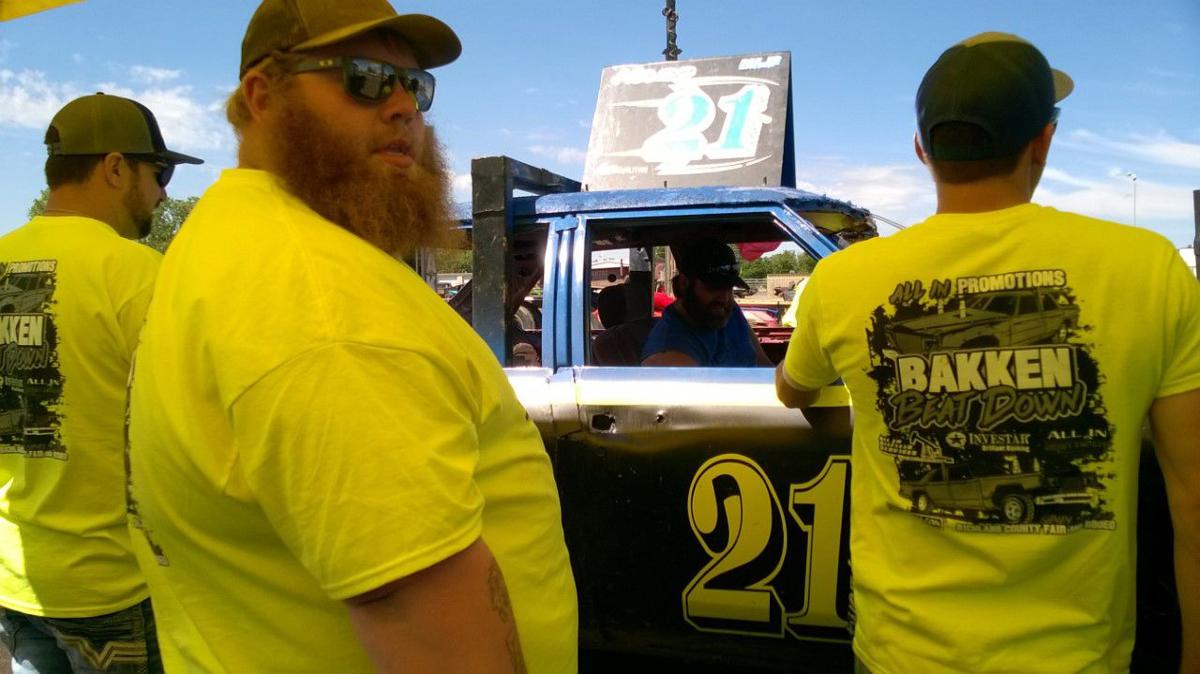 Caleb Sorenson (center), Bakken Beat Down organizer, stands with event crew members as cars pull up to be inspected and qualify for the demolition derby on Saturday night, June 20, 2020. 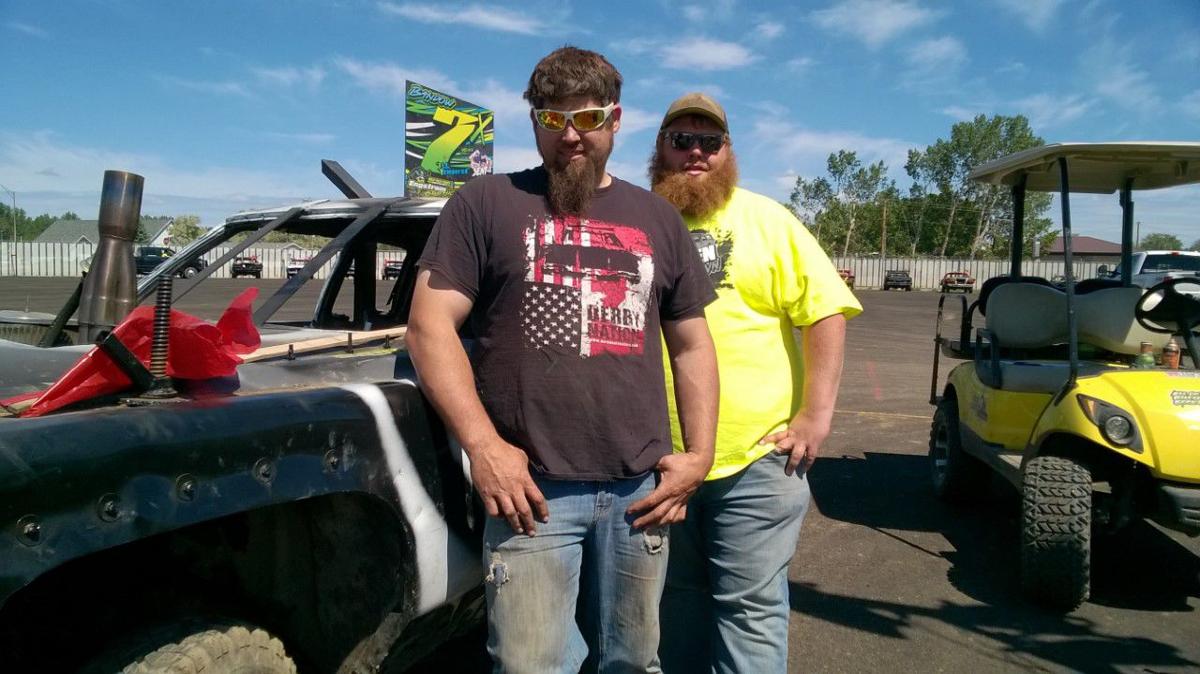 Drivers for this year's Bakken Beat Down at the Richland County Fairgrounds line up to have their cars inspected for the second day's qualifying event on June 20, 2020.

Caleb Sorenson (center), Bakken Beat Down organizer, stands with event crew members as cars pull up to be inspected and qualify for the demolition derby on Saturday night, June 20, 2020.

Brady Larson won the Bakken Beat Down Demolition Derby at the Richland County Fairgrounds on Saturday, June 20. Larson, who outlasted an estimated 60 drivers on Saturday and 94 on Friday night, took home the first-place purse of $15,000.

“It was a great show,” said event organizer Caleb Sorenson of Williston, N.D. “Everybody drove hard and put on a show for the fans — great fans. Appreciate everybody showing up.”

Sorenson, who owns several businesses including an oil-field company in North Dakota, said he was overwhelmed by the positive crowd response at the Richland County Fairgrounds on Friday night, June 19.

2020 marks the second year Sorenson and his promotions company have held the demolition derby in Sidney.

With an estimated 94 drivers on Friday night and 60 anticipated for the main event on June 20, cars were lined up, parked, roaring their engines and prepping for action on Saturday night.

The Friday night meet was a qualifying event, said Sorenson, who noted the large purse attracted big-name drivers to Sidney.

On Saturday afternoon, drivers and cars that did not qualify on Friday got another shot during the “last chance qualifier” to participate in the main event.

“They gotta take top two out of their qualifying meet,” Sorenson explained, adding that each heat usually consists of up to 14 cars participating.

“Just last man standing,” he said, describing the simplicity of winning each heat, and ultimately the big enchilada — first place and $15,000 in cash as the Bakken Beat Down 2020 champ.

Who are these guys who travel to places like eastern Montana to get banged up in their cars for cash — and the honor of being the last man standing?

Although he declined to speculate about the number of spectators who nearly filled the stands at the Richland County Fairgrounds, it was an impressive showing for the “new normal.”

“Locals aren’t used to this caliber a show,” said Sorenson. “There’s a lot of money and a lot of big-name drivers. You got Sam Bando. He’s from Minnesota. He runs all over the country.”

Bando, a 36-year-old seasoned driver, shared some insights into what motivates drivers to bang each other up in a demolition derby.

“Since I was 16, it was the only reason why I wanted a driver’s license,” said Bando of Onamia, Minn.

Last year’s Mad Dog winner at Sidney’s Bakken Beat Down, Bando estimated he has traveled to at least 11 different states over his 20-year career as a demolition derby driver.

“This is a short trip,” he said of the drive to Montana from Minnesota for the second season. “Last year, I didn’t place. I got $5,000 and a big check. I won Mad Dog, which is what I come here for.

“I normally drive pretty hard everywhere I go,” Bando continued. “I’m pretty much known for that. I gotta put on a show for the crowd. Not just one hit. You gotta do it for 10 minutes.”

After declaring his intentions, Bando said he thrives on the adrenaline from demolition derby racing.

“I’m not in it for the money,” Bando said, estimating he has participated in about 300 derbys. “I’m mainly here to put on a show. Anybody can miss everybody and win the show.”

As for the adrenaline, Bando said “there’s nothing like it.”

“I don’t eat the day of the show,” he said. “I’ve been like that since I was a kid. It’s unbelievable the amount of hours, time and money put into a car for that five to ten minutes of adrenaline.”

Although he didn’t win the overall Mad Dog competition at this year’s Bakken Beat Down, Bando won Mad Dog in a qualifying round.

This year’s overall Mad Dog winner was William “Willy” Lauckner of Nashville, Mont., Sorenson said. Lauckner took home the $5,000 cash prize after being judged the most aggressive driver during the two-day event.