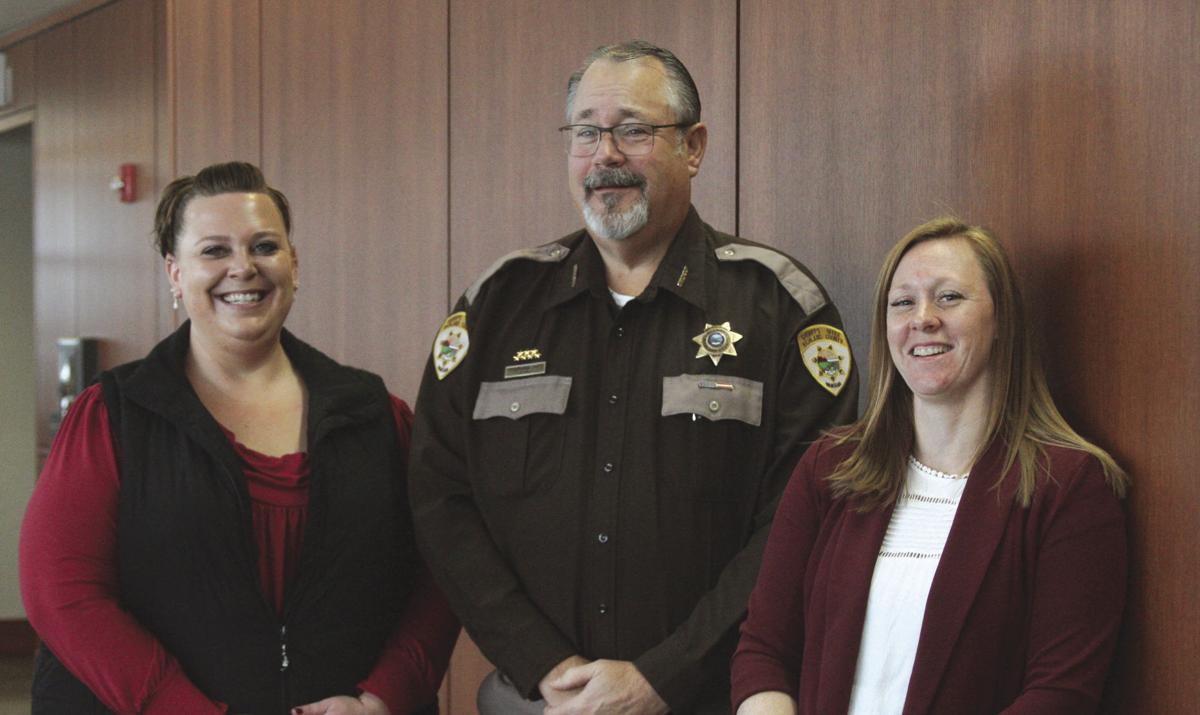 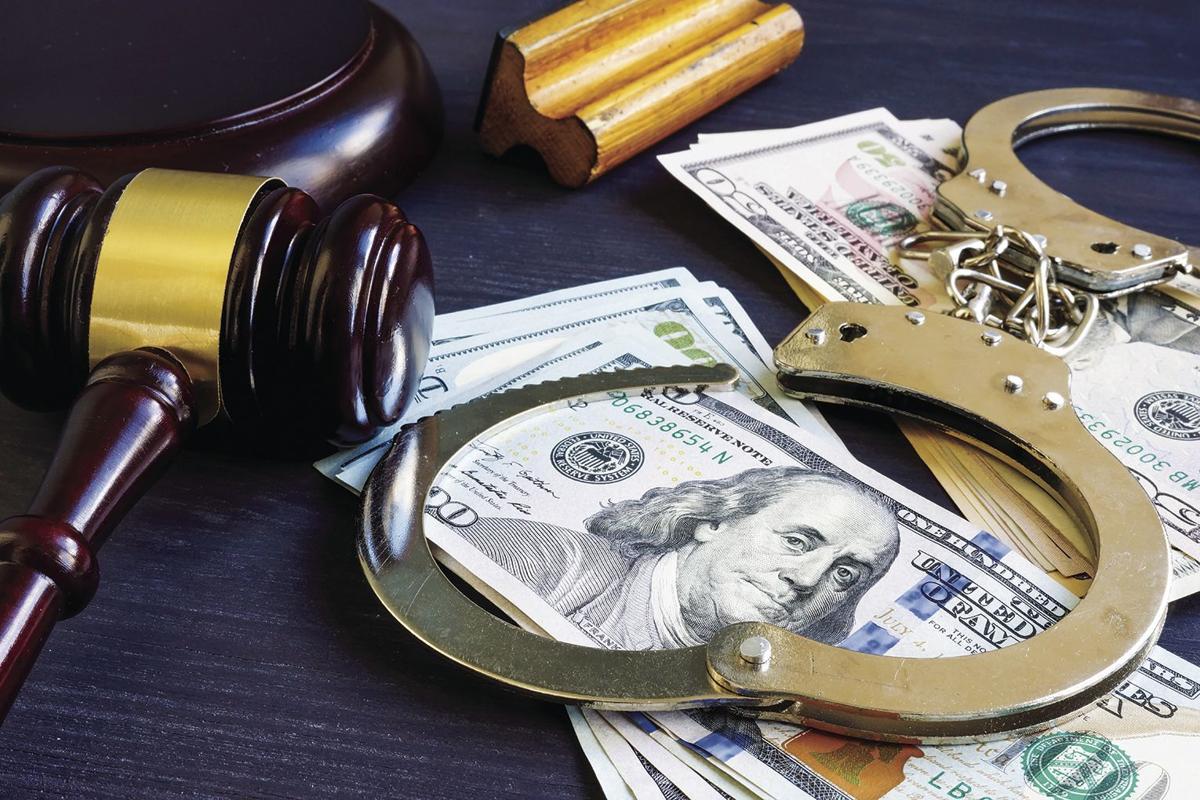 As Montana faces one of its worst drug epidemics in history, the outlook can often feel grim and hopeless. Through it all, there is a bright spot in the big picture of the war against addiction and that’s within Montana Adult Treatment Court, often referred to as drug court.

The drug court model was adapted in Montana in 1996 in Missoula. In 2008, the Seventh Judicial District in Richland County began its venture into drug court. The process of adult treatment court begins with a recommendation made, typically by the court. Once recommended, potential participants receive an assessment to determine if they are high risk, high need. If they meet that criteria, applicants go through chemical dependency and mental health evaluations. Participants are required to check in with their adult treatment court coordinator once per week, attend treatment court weekly and two self-help meetings per week.

“They have to follow all recommendations of their counselor,” said Samantha Damm, adult treatment court coordinator in Sidney. “That can be groups or one-on-one sessions.”

Participants have random urine analysis tests throughout the program, which typically lasts 18-24 months, although people aren’t necessary “kicked out” of drug court at the 24-month mark.

“It can be extended based on the participants own choices,” said Kayla Anderson, licensed addiction counselor with Prairie Hills Recovery Center. “If they have a relapse, we want to help them get back on track, so it could extend to a little extra treatment.”

The time spent in drug court is typically determined by the individual’s progress. No one is kicked out of drug court because they exceeded a certain time frame. Damm said research shows people who spend more than 16-18 months in the program experience higher success rates. Some people have spent more than three years in the drug court system.

Other requirements of the program include community service, various fees, obtaining and maintaining employment, and most importantly — remaining clean and sober. The program is broken down into phases, with participants moving up in phases as they collect sober days, community service hours and fulfill requirements of the program. Drug court is funded by a grant from the Department of Transportation, monetary contributions from Richland County, office space donated by Dawson County and private donations, which are accepted.

Richland County Sheriff John Dynneson said it was important for people to know participants are represented by an attorney throughout the process. Russ Hart is the defense attorney for the local adult treatment court and participants review and sign a contract with him.

Success within the drug court system can be interpreted in many different ways, from reduced recidivism to simply providing people who struggle with addiction the chance to live sober, even if only for the time in the program.

“Any one person that graduates the drug or DUI treatment court program that does not have additional encounters with law enforcement is a success,” said Seventh Judicial Court Judge Olivia Rieger. “Our goal is obviously to give them the tools to live a sober, healthy life and to avoid being in the criminal justice system in the future. Each one person we assist in doing that, that is a success.”

While the ultimate goal is clear, addiction counselor Anderson said she finds success in providing people with a new set of tools.

“While someone is in this program, they are given a tremendous amount of knowledge,” Anderson said. “Even if it is only for the time they are in this program, they are gaining something they wouldn’t have gotten… Even if they go back out and make a wrong choice and hang out with wrong people or use and get arrested, at least they have a chunk of time in their life when they got to experience what that sober life can be like.”

After completion of the program, people aren’t turned out without continued support.

“When they graduate, we’re all still here. They know we are all still a resource. If they contacted any of us, we could direct them to a resource that can help them,” Damm said.

Damm said she recently saw a former participant who graduated when she started six and half years ago. He was doing well, still sober and with his children at the grocery store. She said that’s what she loves about doing this kind of work in a small town, being able to see those successes live out their sobriety.

Blake Phillips, DUI coordinator for the program, said the personal success stories are important points of reflection, but there is more than just anecdotal data.

“On a programmatic level, I’ve spent a lot of time working with the data we have on our previous participants and we’ve always had at least 10, if not 30 percent, lower recidivism rates than any other drug treatment, prison program or just incarcerated individuals who are addicts,” Phillips said. “I would count that as an incredible success. It’s also worth noting we’ve had a lot of participants start businesses or work their way up in local businesses while they’re even participating in the program. Which I think has had a tremendous positive benefit on the community because we already have such a high rate of unfilled jobs. To be able to put these people productively to work in the community almost from day one has been a success, at least in my eyes.”

Finding and maintaining employment beyond their time in drug court may not seem like much to those on the outside looking in, but to someone who has struggled with basic life skills due to addiction, it can be life-changing.

“When people look at treatment court, sometimes they don’t always see it’s those small triumphs that we emphasize,” Anderson said.

Phillips also praised individuals who complete the treatment court program and reach back into the program to help others, whether it’s peer support or job opportunities. Judge Rieger pointed out an important difference between drug court and traditional court models is the support received.

“Some of them have never had anyone in these positions — counselors, coordinators, judges, law enforcement — be there to support them,” Rieger said.

Adult treatment court gives people an opportunity other than jail or prison. Instead of expecting someone to sit a jail cell for several years and reintegrate into society successfully, the program provides knowledge and tools for people to use in their immediate life.

“Many of these individuals, the only other option there is to institutionalize them,” Dynneson said. “They don’t get the opportunity to actually use what they learn. It’s good to see these individuals in the program want to learn, want to be part of the community, want to have families. They’re whole goal is to be successful in life. Maybe not everyone thinks they are successful, but a little bit goes a long way with them.”

While there is no mold for people who will perform better than others in drug court, Blake Phillips said one of the most effective predictors has been the space on the application where applicants state why they want to be in drug court. The coordinators put a lot of value into those statements.

“I don’t care what age you are or what gender or how long you’ve been in ‘the system.’ It’s really about how dedicated you are to not living like that anymore,” Phillips said.

It can be difficult to express the value of programs like drug court to people who think “they are getting off easy” without a jail sentence. Judge Rieger said it’s important to remember Montana Legislature has set the standard of no imprisonment on first-time drug offenses. Equally important is disproving the notion that adult treatment court is somehow “easy” or a “slap on the wrist.”

“This is not an easy program,” Anderson said.

She said community attitudes can often be a challenge, but treatment, accountability and learning to live a different life is not the easy way out.

“We try to help them see the more work you put into your own recovery, the better, and it doesn’t matter what people in the community think,” Anderson said. “Using is easy. Going to jail is easy. This program is hard. Recovery is hard.”

Phillips said the two main components of adult treatment court are logic and compassion, noting there is too much data available that reflects locking someone in a box for five years and spitting them back into society isn’t the answer.

“It just doesn’t work,” he said. “We have to start treating these people. Treating them like we know they are suffering from a psychological and physiological illness… These are human beings who are struggling with something that a lot of us can’t fathom.”

All the uphill battles don’t deter the drug court team from throwing themselves wholeheartedly into their work. During adult treatment court hearings, it’s easy to see how much everyone cares about each other. Damm, Anderson, Phillips and Rieger can be seen applauding participants, congratulating them when they move up a phase and offering a candy bar as a reward for a successful hearing. Judge Rieger speaks in a much more relaxed tone than a judge in a traditional court hearing, instead addressing participants more as a peer. Participants speak frankly about their struggles or suspicions about the program. Honestly in encouraged. Victories are acknowledged. Support is awarded without question.

“The system can be a cold an harsh thing,” defense attorney Russ Hart said. “This setting is not a walk in the park. They are interacting everyday with a team of people who care about them and want them to do better. That isn’t always something that comes across to people when they’re in a traditional criminal justice setting. I think that’s the most important thing about this court.”