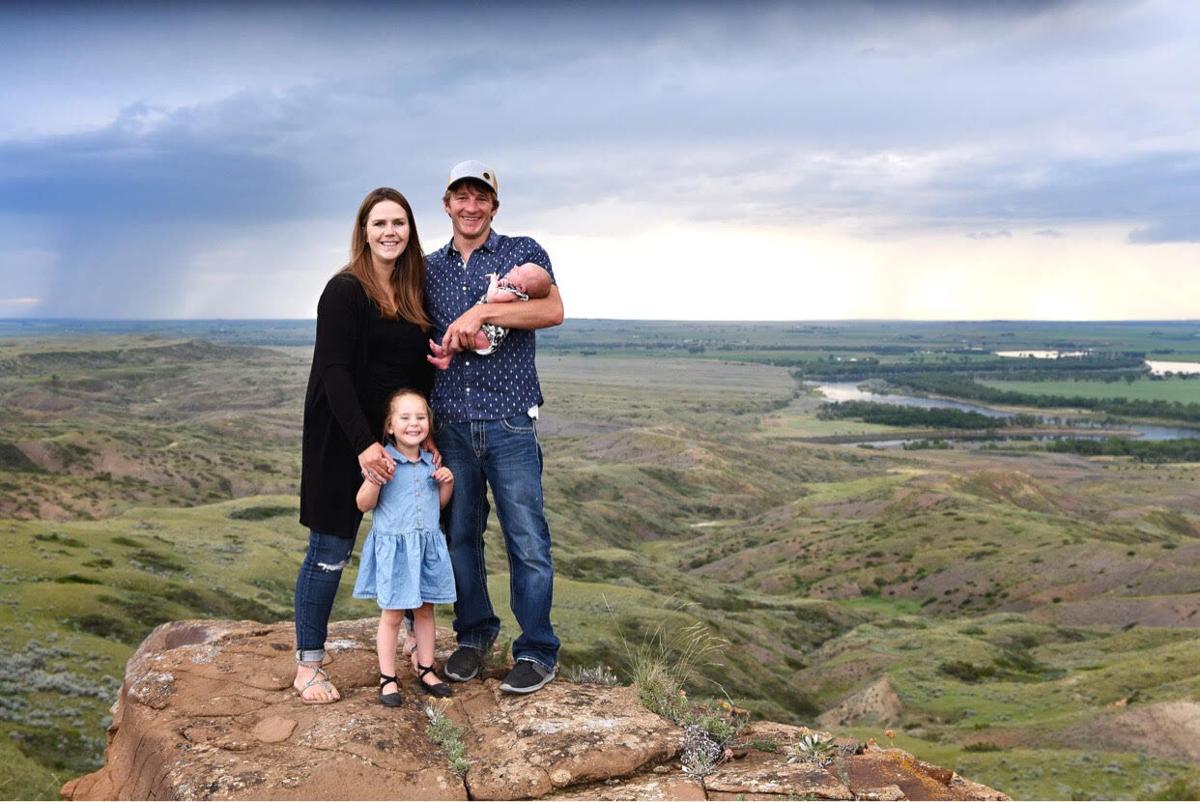 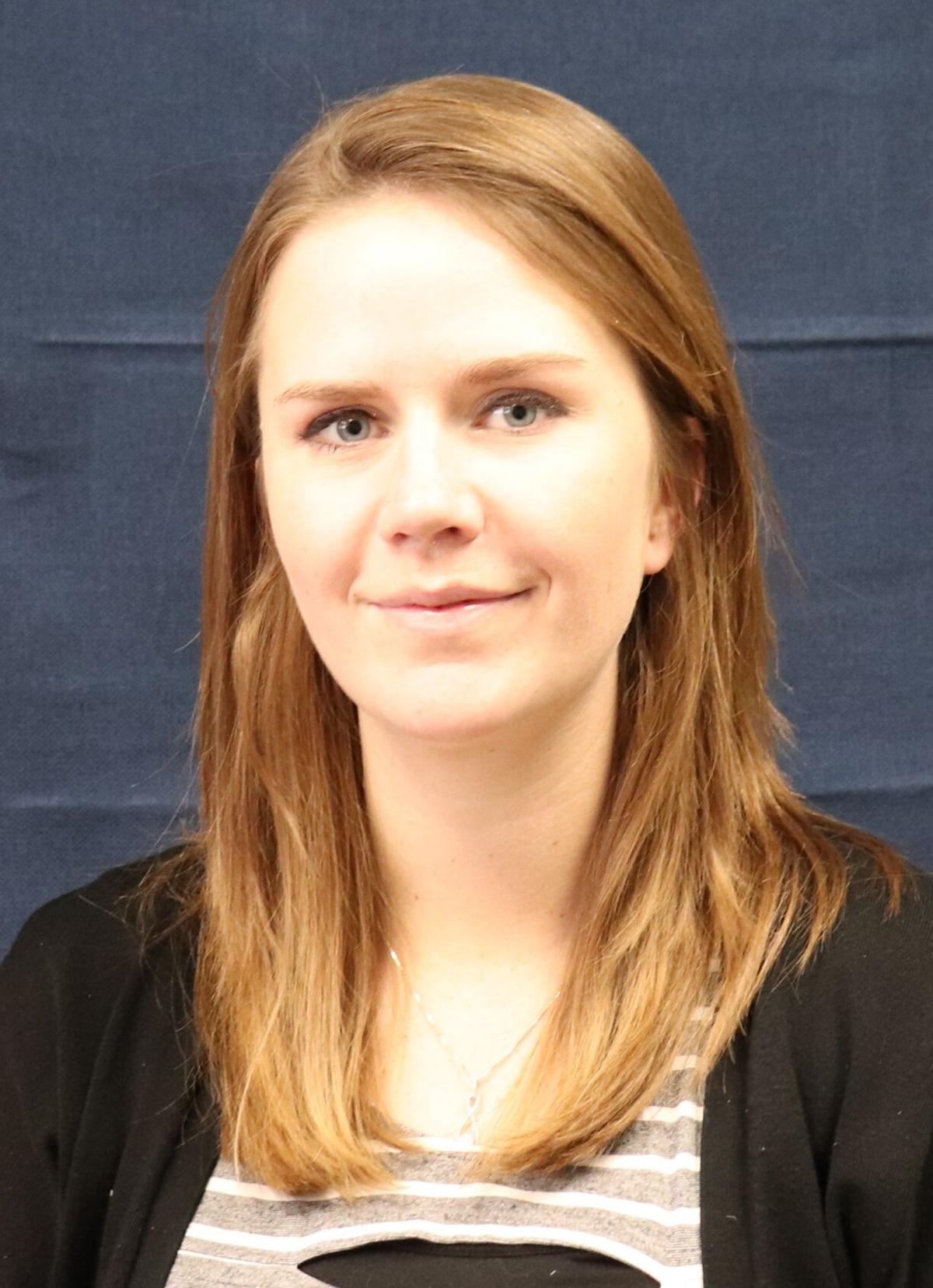 Kali Godfrey, 24, is the new executive director of the Sidney Chamber of Commerce.

Kali Godfrey, 24, is the new executive director of the Sidney Chamber of Commerce.

Sidney has a new chamber leader. Kali Godfrey, a Sidney City Council member for Ward 2, is the new executive director of the Sidney Area Chamber of Commerce.

Godfrey, 24, replaces Bill Vander Weele, who recently left the position to resume his passion for local journalism. (See “Sidney Chamber of Commerce seeking new director” in the Sept. 2, 2020 edition of the Sidney Herald.)

Godfrey, who moved to Sidney at the age of 5 and has lived in the community for nearly two decades, said she wants to focus on leadership training, recreational activities and inspiring businesses to prosper.

The position vacancy was announced less than a month ago after Vander Weele disclosed he was leaving the chamber to return to sports writing.

Godfrey, who has worked for the Richland County Health Department for the past three years, said she’s excited to assume a role that combines her passions for civic leadership, recreational activities and business development.

“I first became interested in it about a year and a half ago,” she said. “I’m particularly interested in the workforce development aspect of the job. We have a leadership class in Sidney, and I would like to expand on that.”

One of her priorities is to step-up the chamber’s current leadership classes to become more like the Jaycees in other communities as an achievement program for aspiring youth who want to focus on the chamber of commerce.

Godfrey said she hopes to implement certification programs for careers like real estate and insurance agents, and even welders.

“The leadership class the chamber currently has is more of a civics engagement and resource knowledge program,” Godfrey explained.

With her county health department background, it comes as no surprise that Godfrey is focused on recreation, particularly physical fitness activities that help people stay in shape.

“I’m really excited about recreation,” she said. “For example, I envision a bike path from Sidney to Fairview, but more realistically from Sidney to Richland Park.”

Although she shares business’ concerns about the recent loss of Convention and Visitors Bureau (CVB) eligibility, Godfrey said Sidney needs to focus its efforts on addressing the needs of people within the community, in addition to attracting visitors.

“I feel that there is more we could focus on outside of tourism,” said the mother of two children, ages 4 and 3 months. “If you are raising a family, ‘What can we do to make the area more enticing?’”

Godfrey, who served on the chamber’s Sunrise Festival committee for the past two years, said she was disappointed it was cancelled in 2020. However, Godfrey said she understands it was a necessary precaution in light of COVID-19.

“I think it was the safest option,” Godfrey said of the chamber’s decision to cancel this year’s Sunrise Festival.

As a consolation, the chamber’s executive director — who starts her new job on October 12 — said she wants to broaden this year’s Halloween community activities. She plans to start with the Trail of Treats, which will be challenging to implement given precautions everyone is taking because of COVID-19.

Godfrey said she wants to “give businesses a better chance to bring shoppers in” during Trail of Treats, which she hopes to expand to a week-long activity.

She is also suggesting the upcoming Parade of Life, which traditionally begins the day after Thanksgiving on “Black Friday,” be moved to Saturday to give everyone a chance to participate.

“They haven’t made the final call,” Godfrey said of the chamber’s board of directors, but there are a lot of proponents who favor moving the 2020 Parade of Life to Saturday.

As a county health department employee for the past three years, Godfrey is a logical choice to navigate the uncertainty over COVID-19, which has severely impacted local businesses throughout Sidney.

“We can’t know the situation with coronavirus,” said the councilwoman, noting the responsible course of action is to look ahead at all options and scenarios.

“In terms of funding, it cancelled a lot of events and hurt a lot of small businesses,” Godfrey said of COVID-19 and the ensuing directives from Gov. Steve Bullock’s office. “But there is CARES (Coronavirus Aid, Relief and Economic Security) funding to kind of supplement that loss.”

Although she downplayed her grant-writing expertise and municipal governance experience, both will obviously play important roles in the coming years for the chamber’s new executive director.

Godfrey acknowledged she is paid a “stipend” for participating in city council meetings, but it’s essentially a volunteer position — one she expects to continue.

In fact, some of the innovative approaches to dealing with local businesses, combined with bureaucratic aspects of her role on the city council should prove valuable for Godfrey in her new position.

It’s her current position, Godfrey said, that gives her an edge as the new executive director of the Sidney Area Chamber of Commerce.

“I’ve gained most of my experience working at the Richland County Health Department,” she said. “I have some creative ideas and I have a lot of relationships with local people. I also have some experience in grant writing.”

Mostly, it’s her passion to bring Sidney to the next level, which Godfrey cited as her biggest asset.

“I have a lot of enthusiasm,” she said. “I’d like to see more people engaged in community activities.”

As for improving the chamber’s “workforce development” program, Godfrey said that will take time to get right. For now, she’s open to suggestions and feedback from community members and business owners.

“It would be very handy if they could email me,” she said.