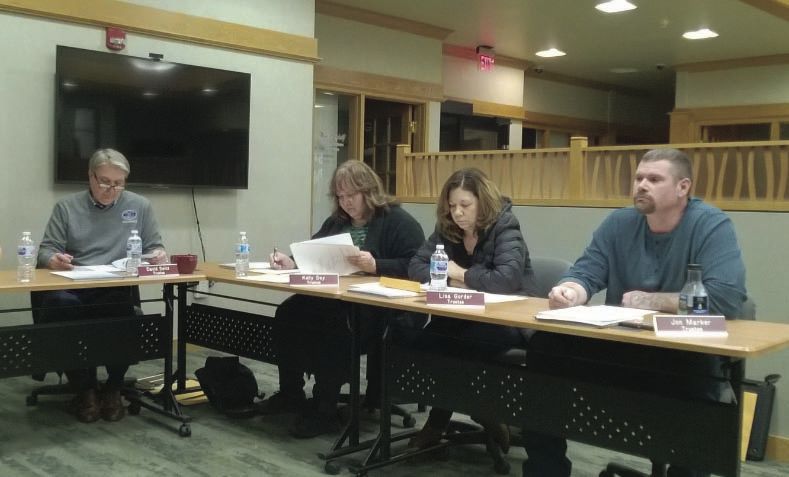 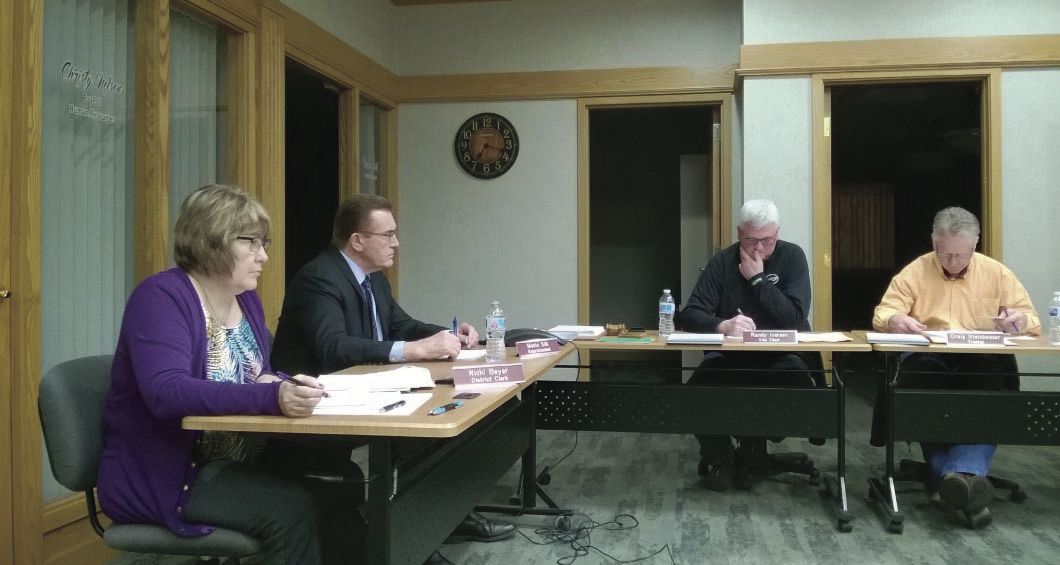 The Sidney Public Schools Board of Trustees met on Monday, Feb. 10 to approve a series of policy updates and discuss a resolution calling for an election.

One of the key issues discussed on Monday evening concerned the purchase of the building where the School Board meets.

The building, located at 101 S. Central Avenue, is currently owned by Stockman Bank. In fact, it is the former headquarters for the bank.

Superintendent Monte Silk said the venue has served the school board well. He pointed out bank representatives are eager to sell the building and have accommodated many maintenance requests and building upgrades over the years.

Silk noted that Stockman Bank negotiators have offered to credit the school district “some of the rent paid so far toward the purchase of the old bank.”

There were no vocalized objections to Silk’s points. Everyone at the meeting, including several citizens in the audience, concurred that purchasing the old Stockman Bank building is the most prudent decision for the board at this time.

“They’re very willing to get rid of it,” School Board Vice Chairman Randy Iversen said.

The board also discussed whether to conduct its next election at the old bank building — where it now holds public meetings — or whether to continue using the nearby school for elections.

Some participants agreed the bank offers an ideal location, conducive to encouraging community members to vote in a modern, friendly atmosphere. However, one trustee pointed out limited parking poses an obstacle for the public that might discourage them from participating in the next election.

The consensus was to keep the elections at the current school location because it’s familiar to voters. As one board member stated, “People don’t like change.”

A motion to keep the next election at its current school location passed unanimously.

There was considerably more discussion about whether or not the board should have to pay for electrical upgrades for one of the newer buildings on the Sidney High School campus. The building in question is used for shop classes, where heavy machinery reportedly routinely disrupted electrical circuit-breakers, leading to unforeseen expenses for wiring upgrades.

Trustee Craig Steinbeisser voiced concerns that the building should have been constructed to accommodate the needs of heavy shop machinery when it was first built. Steinbeisser expressed his dismay over paying for electrical upgrades for a building he considers to still be relatively new.

“Let’s dig into that a bit,” Steinbeisser recommended, appealing to the board not to pay for wiring upgrades without further investigations.

A member of the audience countered that the new electrical upgrades could not have been foreseen by the initial contractor. However, the board agreed to look into the matter further before agreeing to pay for the completed wiring.

Policy updates listed on the meeting agenda included School Board Use of Email and Mobile Messaging; Audience Participation; Conflicts of Interest, Student Fines, Fees and Charges, and nine additional policies.

After a brief discussion, the Board of Trustees unanimously approved all of the policy updates.

Silk read summaries of several staff-related policies currently in place within the school district. They include personal conduct between school staff and students — such as romantic involvement, inappropriate email exchanges, and background checks that might reveal whether a school district applicant has a history of child abuse or child neglect.

No specific cases of staff misconduct were discussed.

The final item on the meeting agenda was the Montana Youth Challenge Academy, Inter-local Agreement for high school students 16 years or older.

Silk spoke highly of the academy in Dillon, noting several school parents support the program as an alternative for certain students in need of additional disciplinary structure.

The superintendent recommended the board continue its support of the Youth Challenge Academy. Everyone concurred, and the motion to continue supporting it passed with no dissensions.