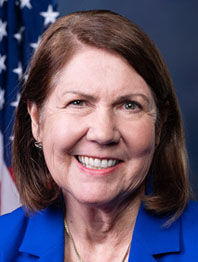 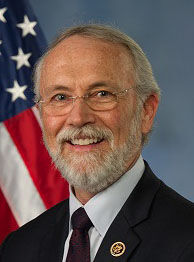 The National Newspaper Association announced its support for a bill by Reps. Ann Kirkpatrick (D-Ariz.) and Dan Newhouse (R-Wash.) to assist local newspapers.

The legislation would set up three tax credits to encourage support for journalism:

• A credit for subscribers who help to support local news-gathering by subscribing;

• A five-year refundable credit for publishers to help them hire and retain journalists;

• A credit for small- and medium-sized businesses that advertise in local newspapers and other local media.

The bill is designed to address long-term sustainability challenges facing community newspapers that have come from economic shifts in smaller communities and changes in the advertising world. It also helps with new stresses created by the current novel coronavirus pandemic.

NNA President Matt Adelman, publisher of the Douglas (Wyoming) Budget, said NNA particularly appreciated the work of Kirkpatrick and her staff who began to develop this tax-credit bill several weeks ago and Newhouse who turned it into a bipartisan bill. NNA is working in concert with News Media Alliance and America’s Newspapers to educate members of Congress on the need for the bill.

“Many members of Congress have expressed anxiety about the possible loss of local newspapers,” Adelman said. “We are facing dramatic changes in the revenue base that allows us to cover our communities. The pandemic has accelerated these changes and put many locally-owned newspapers into a state of serious jeopardy. We are hearing from newspapers that have lost 35% or more of their revenue since March. A lot of newspapers are at risk and as a result, their communities have less transparency, diminished civic involvement and even higher borrowing costs.”

“This situation is requiring us to be quite candid with our readers and our advertisers,” he continued. “If they want a local newspaper, we need for them to help support it. Congresswoman Kirkpatrick came up with some terrific ideas to boost that support. NNA is eager to help Congress to look at the Local Journalism Sustainability Act as a key part of the solution.”

Kirkpatrick and Newhouse introduced the bill with their own statement found here: