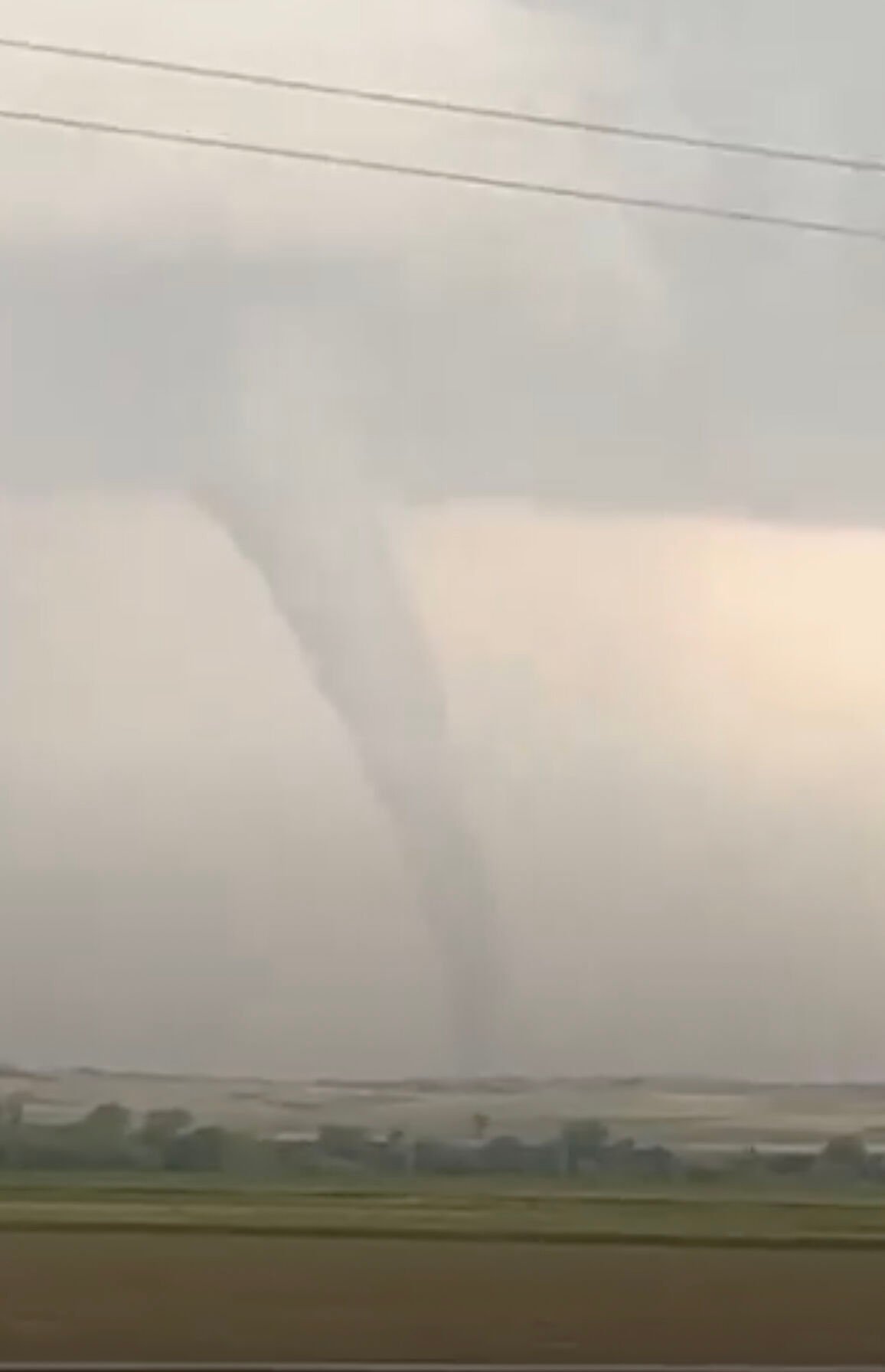 A photo and video posted on social media confirmed a tornado touchdown near Sidney on Thursday afternoon. (See more photos online at sidneyherald.com)

This photo was taken as the storm started to move through the area. The photo clearly shows the squall line arched in a circular pattern across the sky 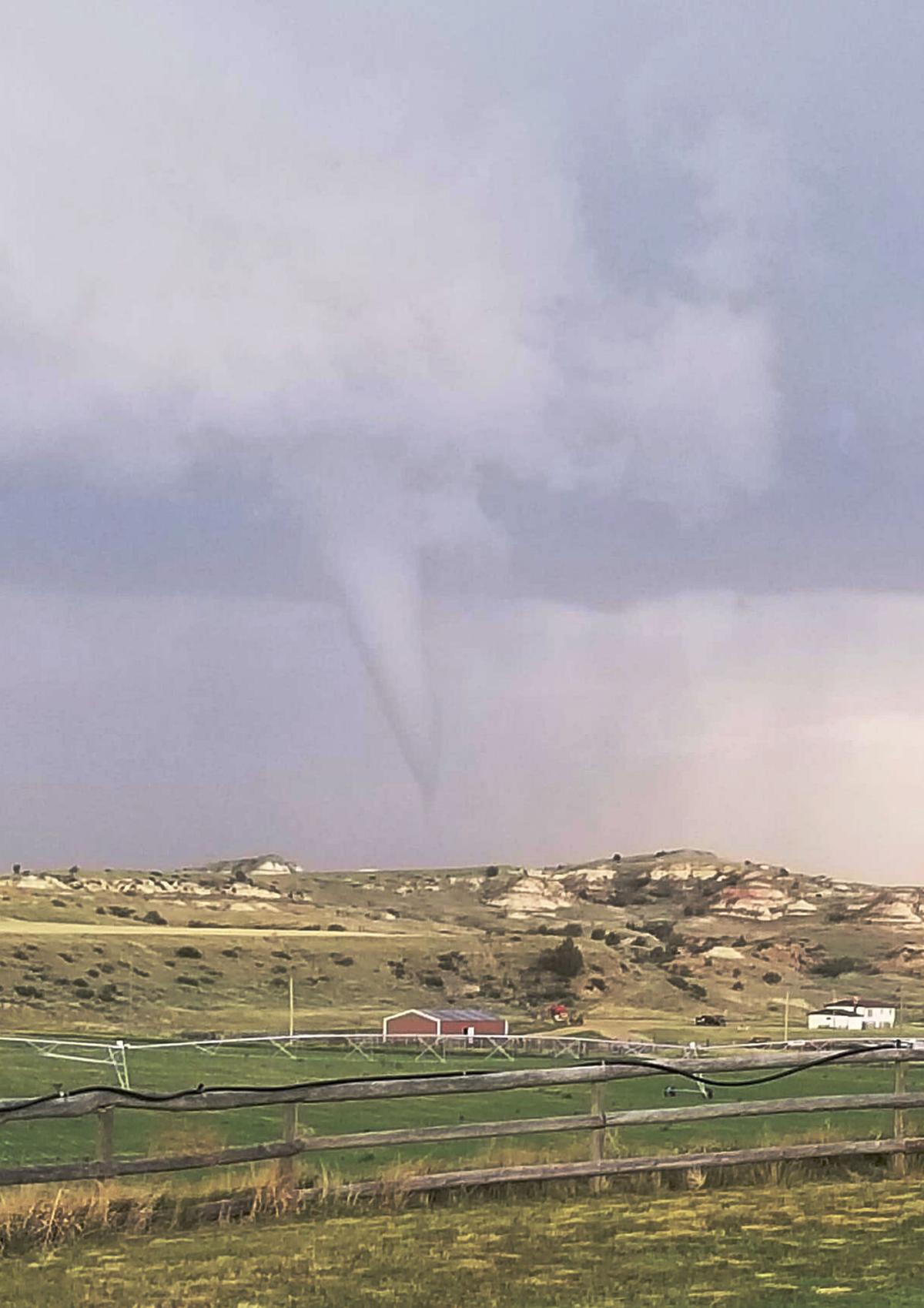 Another photo taken by an area resident southeast of Sidney near CR 350 confirms that a tornado did touch down in this area on Thursday afternoon.

A photo and video posted on social media confirmed a tornado touchdown near Sidney on Thursday afternoon. (See more photos online at sidneyherald.com)

This photo was taken as the storm started to move through the area. The photo clearly shows the squall line arched in a circular pattern across the sky

Another photo taken by an area resident southeast of Sidney near CR 350 confirms that a tornado did touch down in this area on Thursday afternoon.

Severe weather moved through Richland County on Tuesday night causing widespread damage and again on Thursday, this time causing even more damage. A number of areas were without power for several hours and residents of Fairview were without power until after noon on Wednesday. Severe weather, including at least one tornado, swept through the area on Thursday knocking out power to an ever larger area. As of Friday morning power outages included Sidney, Fairview, Savage, Glendive, Lambert, Bainville, Miles City, Williston and Wishek.

Montana Dakota Utilities still had 3,511 customers without power on Friday morning. A Yellowstone Rural Electric Cooperative representative would only say the company was working to restore power as quickly as possible.

A post on the LYREC Facebook page stated, “To give you an idea of how catastrophic the storm that just came through was, the crews have reported at least 100 poles are down on the 3 phase line (or over 6 miles) north of Lambert.” The post said this was just one of several outages.

Most businesses in the Sidney area were closed on Friday and the Sidney Herald was forced to relocate to the Williston Herald offices on Friday in order to prepare for Sunday’s edition.

While National Weather Service officials ruled out a tornado on Tuesday, a number of residents provided photos to the Sidney Herald of a tornado on Thursday.

A number of photos provided to the Sidney Herald as well as video confirmed Thursday’s tornado.

The damage on Tuesday was determined to be a result of straight-line winds.

Straight-line wind is wind that comes out of a thunderstorm. If these winds meet or exceed 58 miles per hours then the storm is classified as severe by the National Weather Service. These winds are produced by the downward momentum in the downdraft region of a thunderstorm.

Grant Hicks of the Glasgow office of the National Weather Service said a Fairview resident measured the top speed of the wind at 84 mph and the straight-line wind occurred at approximately 12:10 a.m.

Thursday’s tornado would be the first tornado in Richland County since 2016 according to online statistics. Hicks said a crew was in the Richland County area on Friday and would release a statement later in the day concerning Thursday’s storms.

As of press time, the NWS in Glasgow had not released any additional information on Thursdays turbulent weather. Hicks said there was no indication of a tornado in the later storms throughout the evening and the damage from those was due to strong winds.

According to Jon, he and Joel had to hold up part of their house’s wall due to the wind, which he said came from the west. Jon said winds were making the wall fold in.

Jon said he guessed the winds were around 100 miles per hour. Along with branches, the men also lost a windmill on the property. Joel and Jon said it had been standing in the ground for around 30 years, maybe more, and two-foot stakes were holding the windmill down. They said the windmill had never been toppled in the past but after Tuesday’s storm, it was knocked over and laying on the ground with the stakes fully sticking out of the ground.

Two crews of employees from Sidney Sugars rolled up their sleeves and got to work on Wednesday morning cleaning up city parks. About 30 employees divided up and removed limbs and debris from all of the city’s parks. The debris was stacked in piles ready for pickup by noon.

There were no reports or injuries as a result of the storms as of Wednesday morning.