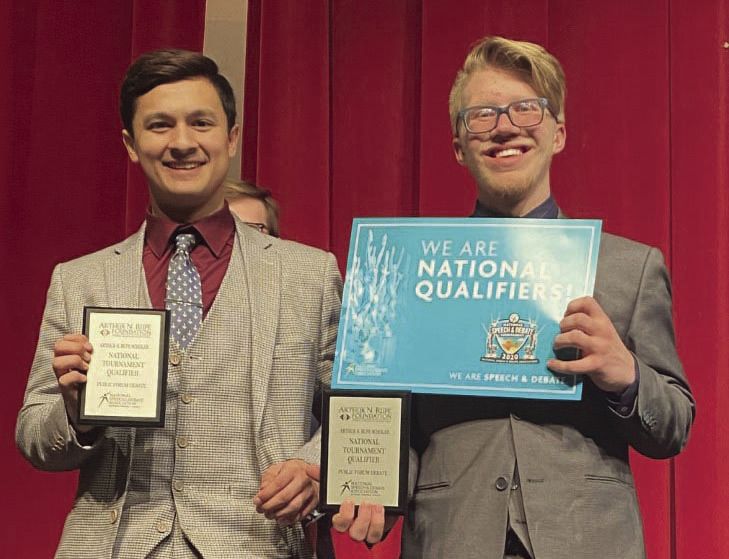 Brandon Smith (left) and Samuel Stephenson recently captured first place at the NSDA Montana debate tournament in Billings; the teammates will compete at the Nationals in Albuquerque in June 2020. 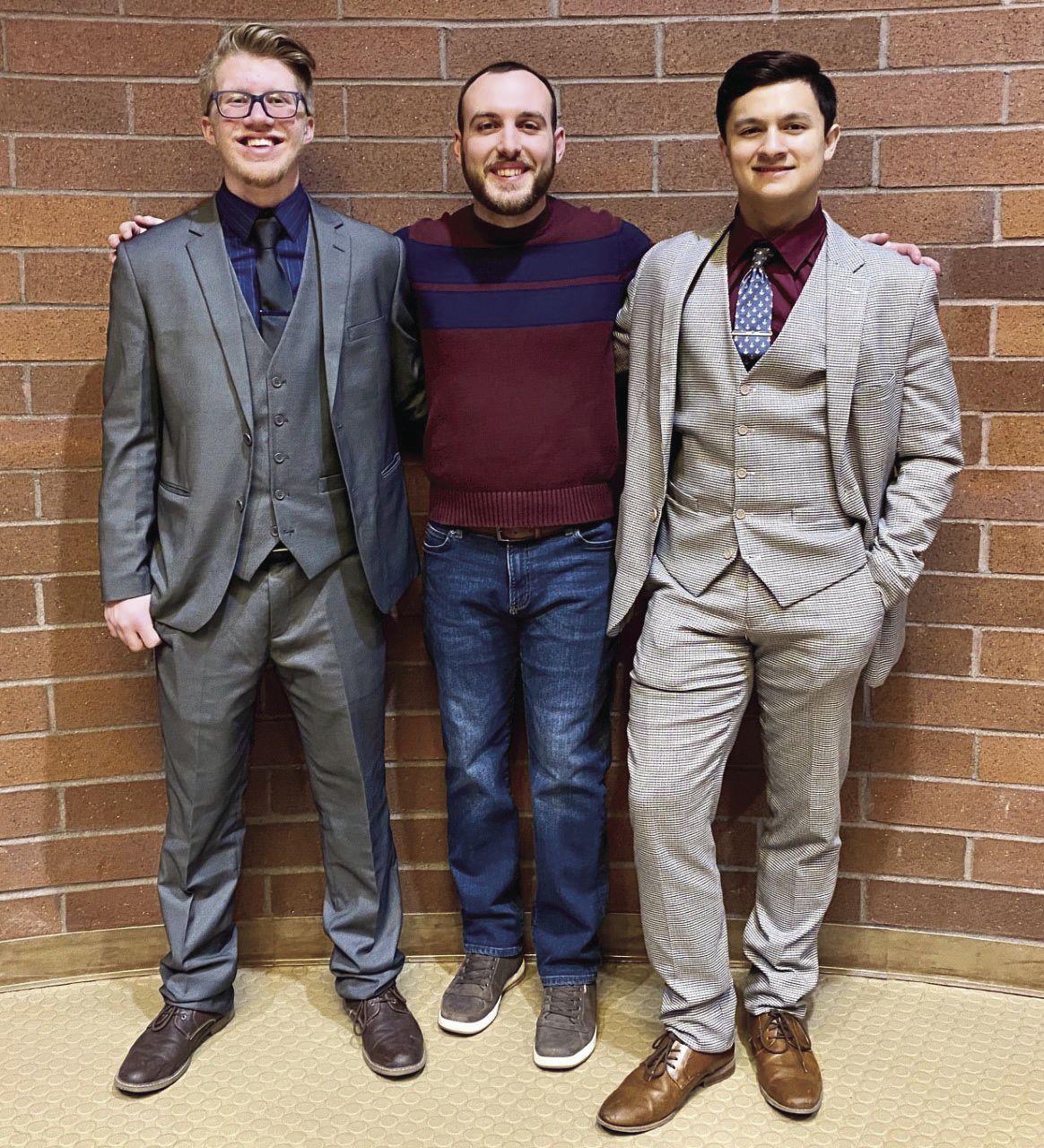 Brandon Smith (left) and Samuel Stephenson recently captured first place at the NSDA Montana debate tournament in Billings; the teammates will compete at the Nationals in Albuquerque in June 2020.

Two Sidney High School students are headed to Albuquerque to compete in the National Speech and Debate Association (NSDA) competition in June 2020.

Hunter Gordon, one of the Debate, Drama and Speech Team coaches at Sidney High School, explained that because of its size Montana is divided into eastern and western regions.

“The kids worked really hard this year,” said Gordon, who also teaches American History/Culture. “For those two, the goal was to make nationals. They didn’t have quite the showing at state this year, so to be able to come back at nationals, they ended up winning, and that earned them a birth at nationals. That was just remarkable.”

No high school students from the area have ever won a debate competition of this scale, Gordon explained.

To hear Gordon describe the intensity of the Billings competition, “earn” is the operative word. The pair competed in eight debates in order to win. Each debate lasts 45 to 60 minutes.

Like tag-team wrestling for public speaking, the pair worked together to out-debate their opponents. Although the opening speech of each debate is prepared in advance, competitors rely on a certain amount of ad-libbing following each initial presentation.

“After that, it’s reubatal,” Gordon said, explaining that teams use research skills and advanced preparation to debate their competitors.

At the qualifying event in Billings, Stephenson and Smith won seven out of eight debate matches to win the NSDA competition and the opportunity to represent eastern Montana in Albuquerque.

“As soon as you’ve lost twice, you’re out of the competition,” Gordon said. “In their case, they only lost once, and won the rest.”

Although Sidney High School has other debaters on the team, Gordon pointed out “Sam and Brandon were the only two who competed at the state [NSDA] nationals.”

“This is the first time this has ever happened,” the coach continued. “More often than not, the kids that qualify for this event are from larger cities in Montana. To be the first kids from our school who have ever accomplished this is pretty amazing.”

“They have to do a fund-raising to go,” Gail Staffanson added.

As head coach of Sidney High School’s Debate, Drama and Speech Team, Staffanson said she is proud of the accomplishments of all the students at the school who participate in debate, drama and speech competitions.

“We are trying to build our team,” she said, noting the Sidney High School squad currently comprises 25 students.

Staffanson, who also serves as a Richland County Superintendent of Schools, noted the high school is currently trying to host the next State A tournament in January 2021.

Stephenson and Smith have launched a public fund-raising page to help pay for their trip to New Mexico. Visit their page at: https://ed.co/teams/sidney-high-school/sam-and-brandon-nsda-fundraiser-1