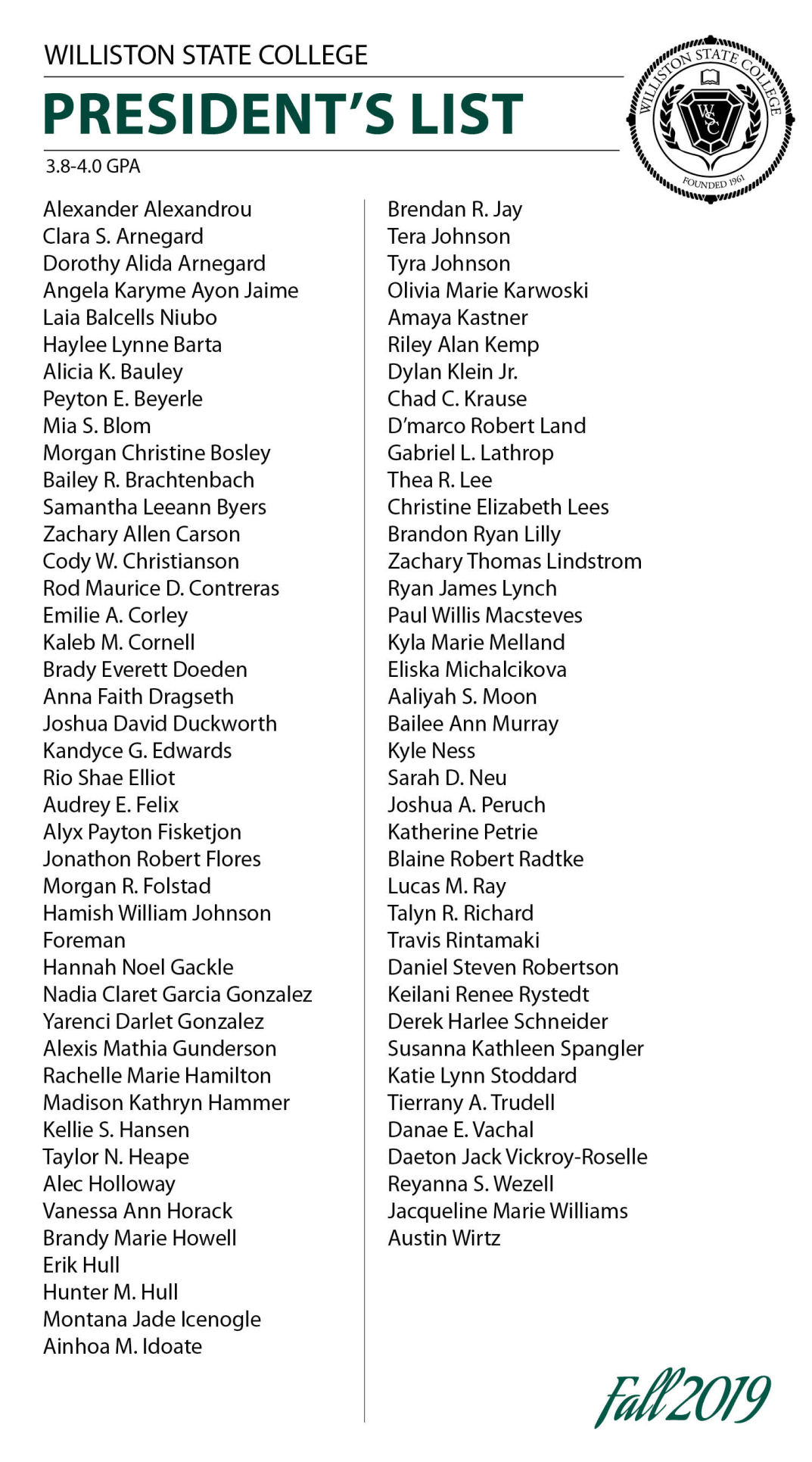 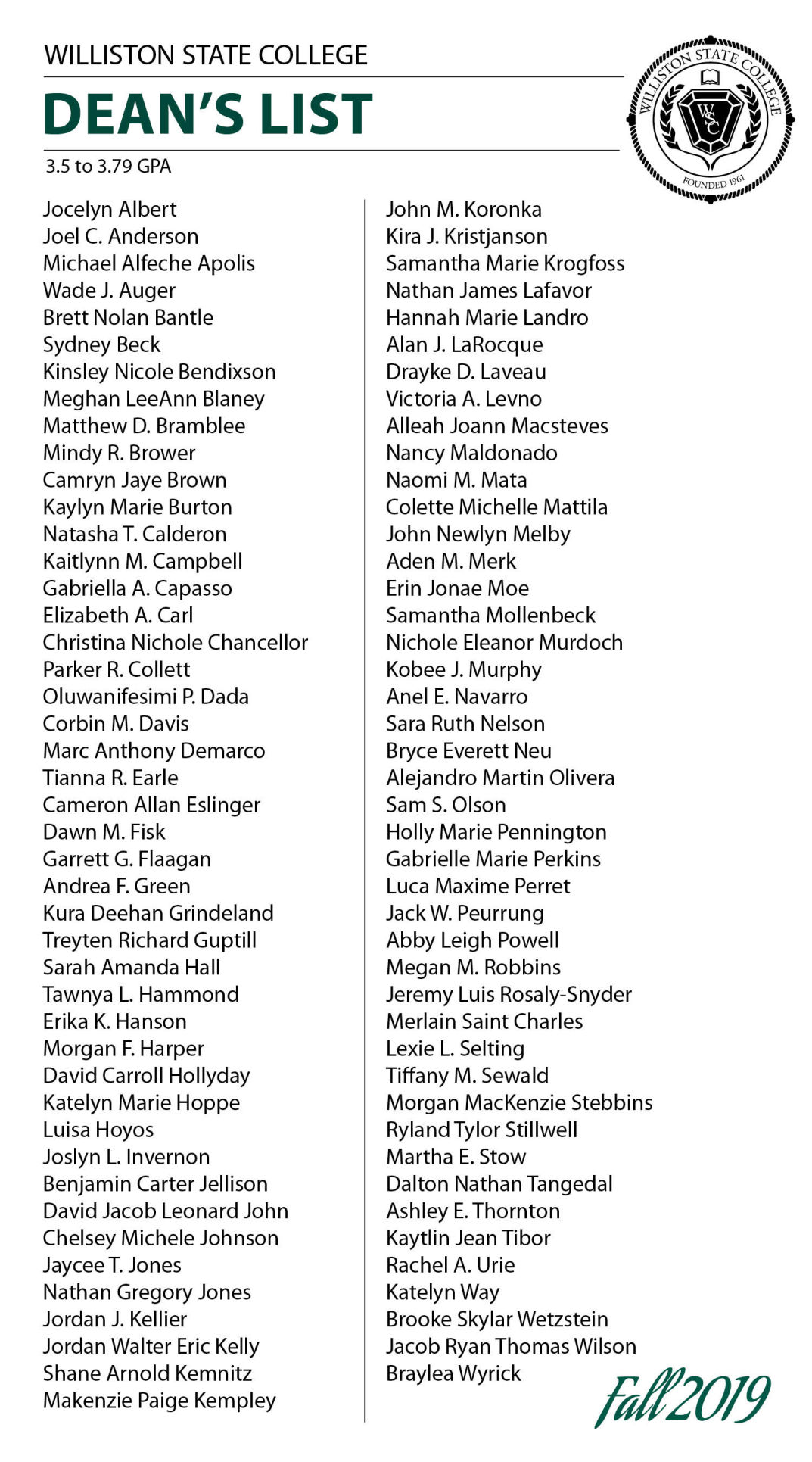 Of the 1,132 students enrolled in Fall 2019, 171 were named to Williston State College President’s Honor Roll and the Dean’s List.

Students who earned a 3.8 grade point average (GPA) or higher while enrolled in twelve or more credits for the semester are named to the President's Honor Roll.

Students who earned a 3.5-3.79 GPA while enrolled in twelve or more credits for the semester are named to the Dean's List.

Being on either list also makes students eligible to become part of WSC's Alpha Rho Iota Chapter of Phi Theta Kappa (PTK), a national honor society. To maintain eligibility, each student must enroll in a minimum of twelve credit hours per semester and keep an average of 3.30 GPA while attending WSC.