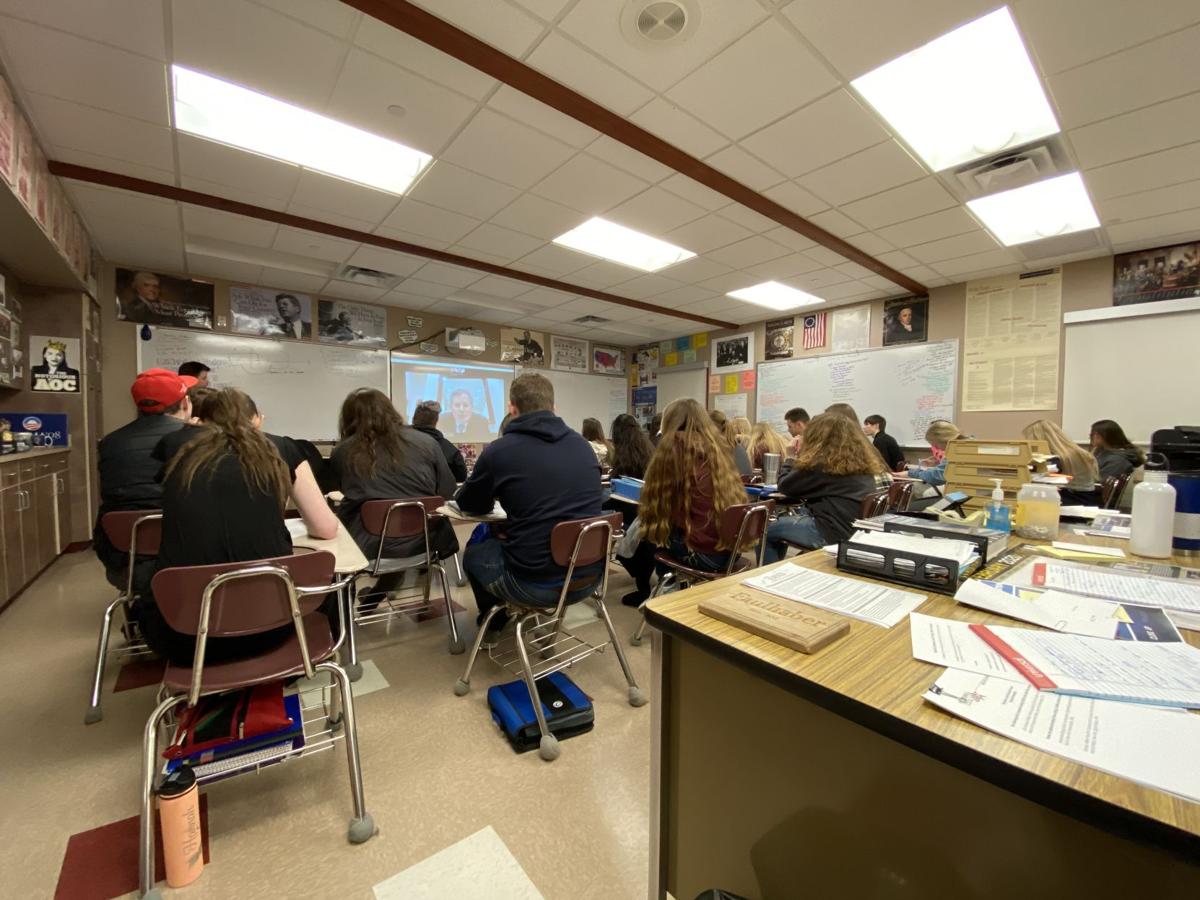 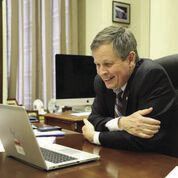 The first question proposed to the U.S. senator by a student in the class was about changes he’d like to make to the current healthcare system.

“We need the cost lowered,” Daines said. “That’s one issue I hear about more than anything else, is the costs are too high.”

Following up on the question of drug prices was senior Madison Brost, who brought up the continuing rising cost of insulin.

“Insulin has been one of the primary examples illustrating the high price of drugs,” Daines said. “The cost to produce insulin and the cost that is charged for insulin, and it doesn’t reconcile and compare back to what other companies are paying for insulin.

“Insulin cost must get lowered,” he continued, “because it is one of the most widely used drugs in our country, and anyone who had diabetes knows the dependence on insulin. And we’re addressing that in a bill we passed in the U.S. Senate.”

The senator also is against late-term abortions, acknowledging he is pro-life.

Throughout the question-and-answer session, Daines said he wanted to make it clear the students in the classroom are the future.

“Our nation and the future of our nation truly depends on the next generation of having an understanding of the history of our nation, our constitution, our founding fathers,” Sen. Daines said. “So I applaud the students, the teacher and the high school for taking the time to do this.”