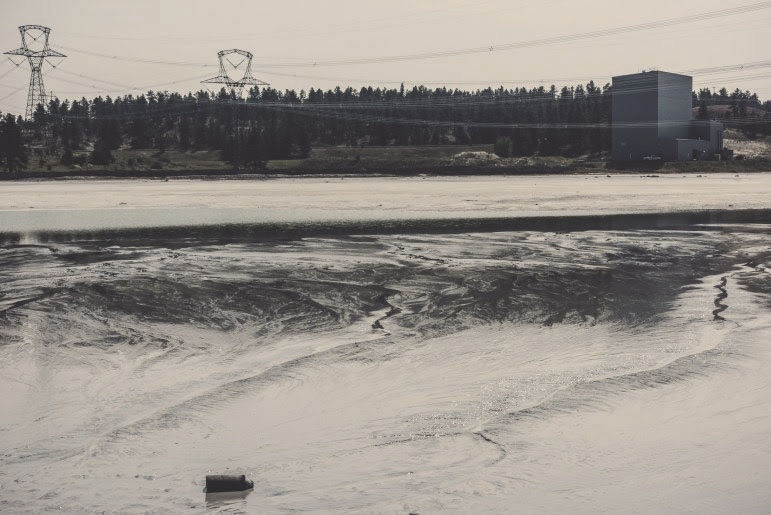 The coal-fired Colstrip complex has more than 800 acres of coal ash ponds, up to 100 feet deep. If a proposal in the Montana Legislature passes, NorthWestern Energy ratepayers could potentially be on the hook for a bigger portion of cleanup costs for those ponds. 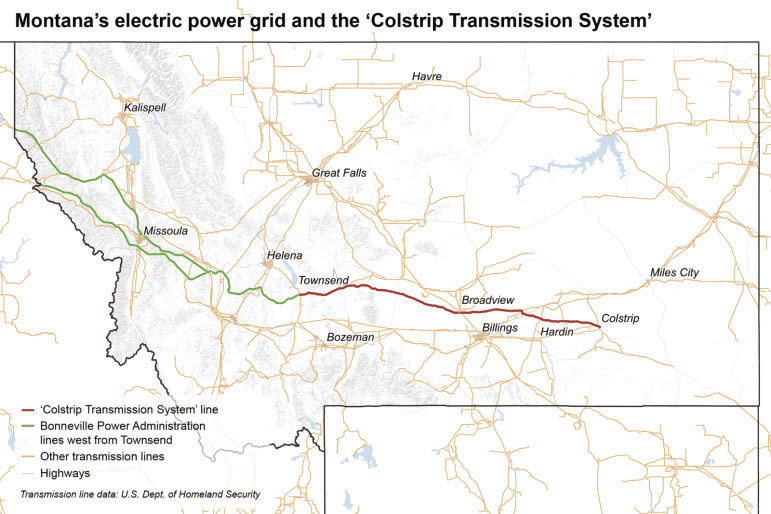 NorthWestern Energy says it would like to own a 50 percent share of the 500-kV transmission line highlighted red. 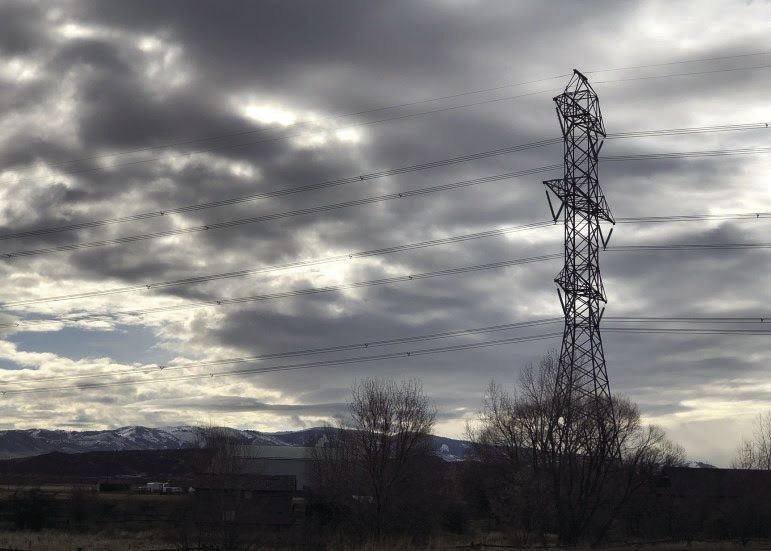 An energy transmission line near Townsend. 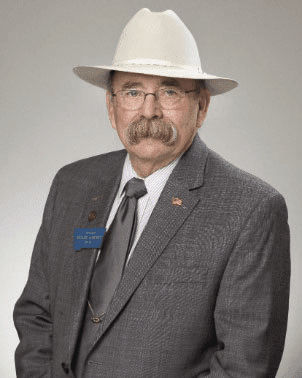 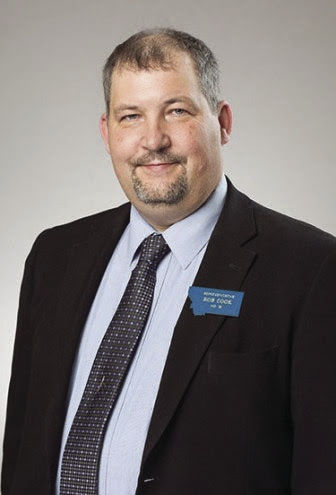 The coal-fired Colstrip complex has more than 800 acres of coal ash ponds, up to 100 feet deep. If a proposal in the Montana Legislature passes, NorthWestern Energy ratepayers could potentially be on the hook for a bigger portion of cleanup costs for those ponds.

NorthWestern Energy says it would like to own a 50 percent share of the 500-kV transmission line highlighted red.

In a reversal, the House voted to kill SB 331 on third reading Tuesday afternoon in a 62-38 vote. Some Republican senators, including Ankney, said they plan to revive the bill before the 2019 session ends.

HELENA — In the halls and committee rooms of the Montana Capitol, the discussion about Senate Bill 331 has shifted.

Formally, the bill is titled the “Montana Energy Security Act of 2019.” Colloquially, it’s called the “Save Colstrip” bill. When the proposal first emerged, its sponsor and supporters touted it as a way to secure jobs for Colstrip workers and miners by removing the complex regulatory steps needed for NorthWestern Energy, Montana’s only monopoly utility, to take on a bigger share of Colstrip’s generating capacity. West Coast utilities, increasingly moving toward renewable energy, are abandoning the coal town. It’s time for Montanans to step up and take care of their own, supporters said.

That message didn’t seem to resonate with the public. Instead, the bill’s mandated removal of Public Service Commission oversight stirred fears of deregulation among liberals, conservatives, and moderates alike.

In recent months, the tune about SB 331 has changed. The bill’s true intent is to secure access to the 500-kilovolt transmission “backbone” emanating from Colstrip, some supporters now say. More control of that line means increased control over Montana’s energy future and access to markets for Montana-made clean electricity.

Transmission arteries like the 500-kV line are valuable to utilities. Business magnates including Warren Buffett are willing to invest billions in them. Much of the reason lies in the way utilities make money.

Monopoly companies like NorthWestern Energy must deliver returns to their investors, but they don’t make a profit selling electricity to consumers. They generate money by building and owning things. The Public Service Commission allows the company a “prudent” return on investment for things like substations, transformers, and generation facilities.

Meanwhile, the energy market is shifting. The share of coal in power-generation portfolios has diminished. More renewables like wind and solar have gone online, with many of those generation resources owned by private companies. But demand for electricity is expected to grow, especially as pro-environment groups promote electric vehicles and the Trump administration encourages more manufacturing in the U.S.

That’s why transmission commands a high price. Regardless of where electricity comes from or how it’s generated, power must make its way to consumers.

“Transmission is incredibly valuable, especially as we move to a world of variable energy resources that are going to have to be sourced from around the region,” said Jeff Fox, Montana policy manager for Renewable NorthWest.

The 250-mile 500-kV line starts at Colstrip, runs west to a substation at Broadview, then west again to another substation near Townsend. From there, it’s owned by the Bonneville Power Administration and links to markets in Washington and Oregon.

“Even if the coal plant weren’t on the east end of this thing, the Colstrip system can still move the same amount of power to the West Coast with relatively minor investments,” Fox said.

David Hoffman, a lobbyist for NorthWestern, said the company’s goal is to own 50 percent of the transmission line, enabling it to move more energy to markets in other states and to strengthen delivery within Montana.

“Without the 500 kV, it would be hard to get any substantial amount of renewable energy into the West Coast markets where they want renewables,” Hoffman said. “Importantly to us, we use the 500 kV as the backbone to our distribution system in the state.”

The latest draft of SB 331 allows for “prudent” investment in the transmission line, “not to exceed book value.” NorthWestern hasn’t revealed how much it plans to spend on acquiring additional transmission, but Ankney said it’s in the ballpark of $30 million.

SB 331 allows NorthWestern to purchase another 150 megawatts in Unit 4 of the Colstrip plant for $1, but the bill does not require the company to do so. The utility would not need to increase its ownership at the coal-fired plant to secure more control of the transmission line.

NorthWestern hasn’t revealed who might be willing to sell its share of Colstrip to NorthWestern, but a handout the company gave to lawmakers notes that it plans to purchase transmission capacity shares from Washington-based Puget Sound Energy.

Therein lies the bill’s missing link, according to some politicians.

“Puget won’t sell the line to NorthWestern unless NorthWestern takes over their chunk of [Unit] 4,” said Rob Cook.

Cook is a former GOP legislator who continues to play an advisory role in the so-called Solutions Caucus, a group of moderate Republicans that includes Ankney.

A bill now making its way through the Washington State Legislature requires utilities like Puget Sound to source all their energy from carbon-free sources. That means the company will need to abandon Colstrip by 2027.

Puget Sound Energy did not respond to requests for comment, but Cook said the company is looking to wipe its hands of future cleanup liability at Colstrip. Coal ash ponds and polluted groundwater plumes plague the site.

While SB 331 leaves the generating plant’s owners on the hook for their share of the estimated $400-$700 million in remediation costs to date, NorthWestern would assume liability associated with an additional 150 megawatts only from the date of transfer forward.

“Puget is strong-arming NorthWestern Energy, [saying] ‘If you want our transmission line, which is the jewel in this game, then you’re going to have to take over the remediation from this day forward,’” Cook said. “Really, the liability in Colstrip is the remediation.”

In the last week, the bill’s advocates have amped up their message about the transmission line, claiming in op-eds and brochures shared around the Capitol that out-of-state interests plan to abandon the infrastructure.

Cook doubts there’s any danger of companies ditching the transmission. The Federal Energy Regulatory Commission, which regulates the line, simply wouldn’t allow it, he said.

“But to have a Montana company own the majority of that transmission is probably a good thing,” Cook said.

Building more wind and solar farms to deliver energy to out-of-state markets, for example, could be a source of jobs and property taxes in Montana. NorthWestern also forecasted that the company won’t be able to meet peak energy demands without the 500 kV transmission artery, especially if the Colstrip plant goes offline.

“Having control of that line, of the destiny of the line, is worth the plunge,” Cook said.

If NorthWestern’s main objective was to obtain the transmission line all along, it’s not clear why SB 331 was first branded as a bill meant to save the town of Colstrip. Cook figures the utility thought that message would resonate with Montanans, but the message backfired.

Previous versions of SB 331 gutted the Public Service Commission’s regulatory authority over NorthWestern, and guaranteed that ratepayers would have to pay back up to $75 million of NorthWestern’s investment. Some members of the public saw the bill as a Colstrip bailout and a gift to NorthWestern’s investors, all carried on the backs of electricity customers.

“NorthWestern played the ‘save Colstrip’ card thinking it had the most cachet and political clout, and it probably doesn’t. Now you rebrand the effort,” Cook said. “I think that’s the biggest tragedy here, how fast we turned our backs on Colstrip, when we should be providing them some answers.”

The message became further muddied when a handful of Solutions Caucus senators balked at approving Medicaid expansion over their frustration with the lack of support for SB 331. That put Gov. Steve Bullock, a Democrat, in an awkward position, Cook said.

“I think they removed a substantial amount of cover from the governor’s ability to negotiate on this issue. He’s going to look like he caved,” Cook said. “You have to rebrand the effort if you want to be able to get a governor who’s conveniently green to sign a coal bill. That’s the enhanced focus on transmission.”

Securing additional generation at the Colstrip facility for $1 might be a secondary benefit, but both Cook and Ankney said it’s still significant.

“As long as you don’t screw up remediation costs, the ongoing tab for ratepayers should be less than adding a new power source,” Cook said. “This is the cheapest 150 megawatts you can source. That’s indisputable.”

Ankney also advocates for a Montana company owning a bigger stake in Colstrip and investing in his town.

“What I see is when [NorthWestern] has a solid ownership in Unit 4, that makes things a little more predictable in Colstrip. NorthWestern will be producing electricity. My constituents will be working,” Ankney said.

The Montana House of Representatives approved SB 331 on second reading this week with some significant amendments.

The PSC’s regulatory authority is restored, and NorthWestern’s guaranteed $75 million cost recovery has been nixed. Those changes aren’t likely to sit well with key senators like Ankney. The bill could see more changes in a conference committee before it reaches the governor’s desk.