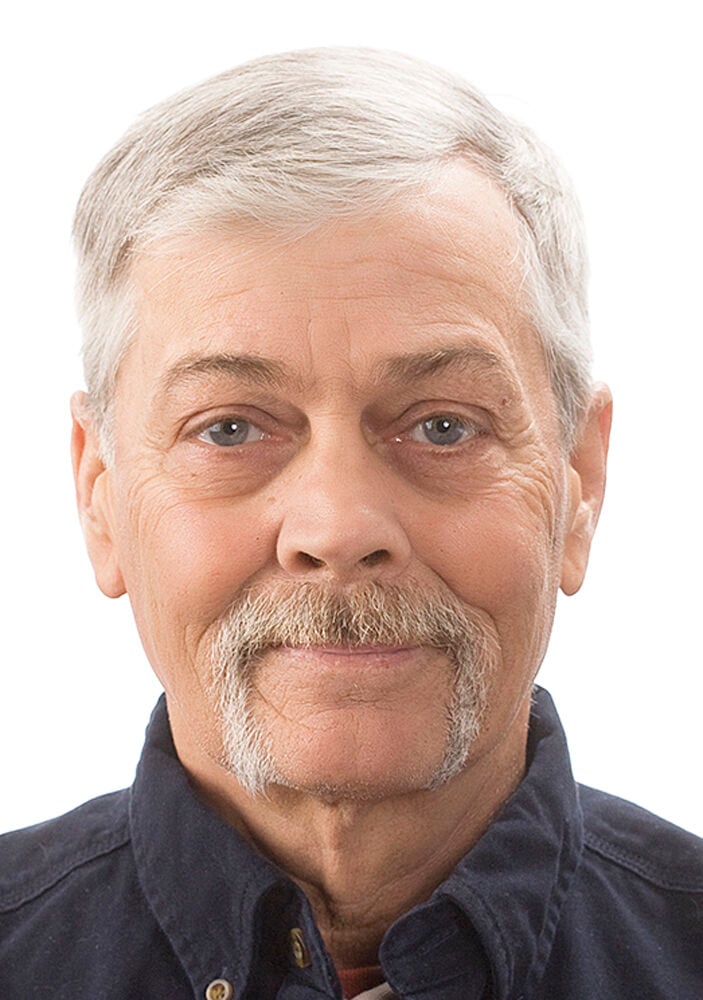 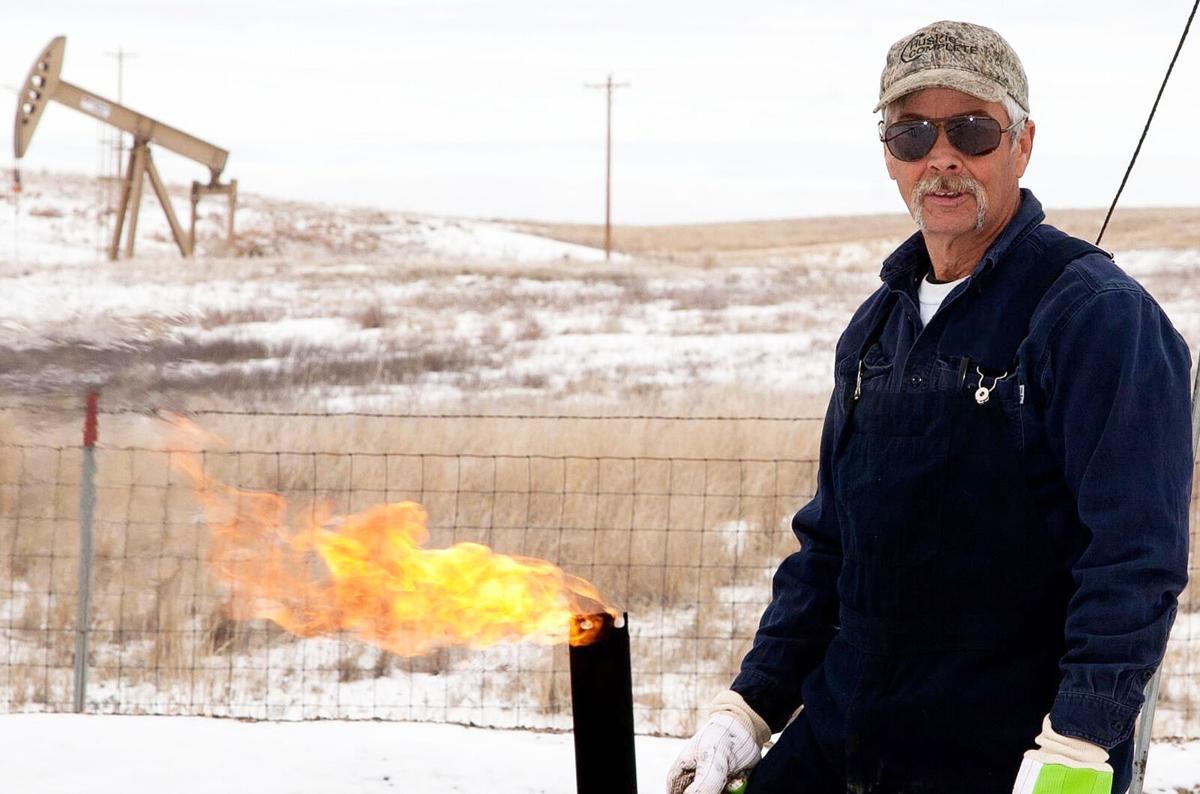 Larry Jay Schmitz was born on April 22, 1957 in Williston, North Dakota to Joseph

Bernard and Doris Victoria Schmitz, the last child of five. Larry was an adventurous boy, often helping his older siblings and dad on the Schmitz Farm located on the southeast side of Medicine Lake reservoir. Larry attended the Medicine Lake School, like many kids growing up in small-town farming communities, from the age of six until he was a teenager, graduating with the class of 1977. Throughout Larry’s youth, he actively helped on the Schmitz Farm and participated in several extracurricular school and community activities such as basketball, jazz band, football, chorus, Future Farmers of America, drama and Montana Boys delegate for the American Legion. He earned the nickname in high school, “Little Schmitty”.

After graduating from high school, Larry went custom combining for five months between June and October 1977, helping harvest well over 3,000 acres in one season. Shortly thereafter, Larry found a lease operator “pumper” position with Cenex Exploration & Production (Cenex) where he discovered his passion for working in the petroleum industry. Larry worked for Cenex from 1977 until 1995.

Larry kept very busy throughout the 1980s, with him working for Cenex, helping his dad and older brother Roger on the farm and purchasing some land in the town of Medicine Lake to establish a home.

In May 1988, Larry met the love of his life at the Eight Ball Bar in Medicine Lake over a game of pool. Lisa Heil would later become his wife.

Lisa was a schoolteacher living in Bainville, Montana at the time. Lisa would drive up to Medicine Lake for league bowling to spend time with her sweetheart. Eventually, Lisa took a job at the Medicine Lake School and she moved in with Larry. The two married on June 22, 1991 at Saint Anthony’s Catholic Church in Culbertson, Montana. Larry and Lisa raised two boys — Hunter, born in June 1993, and Tanner, born in January 1995.

Community was very important to Larry throughout his life. Larry was very involved in

Medicine Lake’s community matters, with him volunteering for the local fire department for over 20 years. Larry would also volunteer at the demolition derby fundraiser event hosted in Plentywood. Larry was also a member of Saint Patrick’s Catholic Church in Medicine Lake and hung onto his faith deeply.

Both the boys learned many skills from their father, with Hunter honing an appreciation

for history and politics that both he and Larry shared. Tanner and Larry spent the summer and autumn of 2020 working on creating a pool house annex to the home. It was a lot of work but they both were grateful for the experience and the chance to build something together. Even though Larry was hurting, he pushed on and finished installing the lights in the ceiling in early January 2021.

Throughout his life, Larry was very handy and mechanically gifted. He completely remodeled the main bathroom of their house from the studs up. Larry was also involved with the construction of many building projects for himself, family members and others for hire.

Being a busy man, Larry worked a series of jobs in the 1990s including working at a local cement plant called Prairie Sand & Gravel, construction and wiring for the American Canadian border, as well as hauling crude oil from Canada to North Dakota just to name a few of the jobs he had.

Larry also helped support Lisa in following her passion to start a professional photography business based in Medicine Lake. The couple officially launched Heil Photographics (named to honor Lisa’s supportive and loving father Eugene Heil) in 1996 — operating the business out of an old storefront location on Main Street in Medicine Lake.

Eventually the business’s needs grew and a new location for the photography studio was needed. Larry and Lisa found a building that would suit their needs, the old Moose Lodge building located on Minnehan Street in Medicine Lake. After purchasing the

property, Larry helped Lisa expand the business and establish a service that tens of thousands of people in the Northeastern region of Montana and Northwestern region of North Dakota have used to document portions of their lives.

Larry was often Lisa’s right-hand-man when it came to them photographing schools around Northeastern Montana and weddings across all kinds of towns and farms in the region. Together they photographed hundreds of weddings, with Lisa and Larry talking about how they “got a chance” to renew their vows after every drive home from wedding ceremonies that they documented.

Farming has always been an important aspect of Larry’s life. He grew up raising dryland crops on the family farm. After Larry’s father Joseph passed away in 2003, the original Schmitz homestead property, located just north of the Medicine Lake Wildlife Refuge was transferred to Larry and two of his older brothers, Richard and Steven. Wishing to honor their father and to continue farming the land, Larry created a business with his portion of the farmland called High Towers Farms in 2004. Larry purchased several grain silos constructed in Canada and he and his brothers started acquiring equipment and infrastructure to get the farming underway.

The brothers farmed together for 15 years before leasing in 2019. Besides growing commercial crops, Larry was also known for his magnificent gardening skills. His bountiful produce was shared among family, friends and the community. He was especially proud of his corn crop.

The Bakken Oil Field started to “come alive” again in the early 2010s. While still farming seasonally, Larry relaunched his career in the petroleum industry with him first taking a job with Northern Oilfield Services based in Plentywood as a lease operator in 2012, gaining supervisory experience and learning how to use a modern computer. Larry also met his best friend, Jerrome on this job.

Getting word of a new and exciting opportunity with a Houston-based oil outfitter operating in the Williston area called Halcon Resources (Halcon), Larry took a position as a lease operator in 2014 and made sure to bring his buddy Jerrome along for the ride. The two enjoyed working at Halcon for several years until the oil assets were purchased by Bruin, E&P in 2018 (Burin) in which Bruin happily hired Larry and Jerrome to continue operating their pumps and extraction infrastructure. Larry was laid off from his position with Bruin in late 2020 due to economic issues. Larry spent much of his adult life in the oilfield and brought a great deal of knowledge to every company he ever worked for and loved every aspect of it.

On April 21, 2021, surrounded by his loving family, Larry went to be with God after an intense battle with cancer. It took a whole village to carry out his wishes to be at home. Larry’s love for the Lord and his faith never wavered, which carried him through his last weeks and days.

There has been such an outpouring of kindness and support from families, friends and coworkers throughout all of this and the Schmitz family is truly grateful. Larry’s family would like to especially say thank you to Larry’s physicians, Dr. Swanson and his staff at Billings Clinic, along with Dr. Petersen and Dr. Kiehl and their staff at the Sidney Cancer Center. A special thanks would also like to be extended to the Sheridan Memorial Hospice staff, particularly Susan Tefre, Diane Oltman and Karen Kurk. Rexall Pharmacy helped provide excellent and very kind 24-hour service with many thanks extended to their staff and especially to Marv and Kathy Eberling. Larry’s family would also like to say thank you to all the Heil sisters and extended family for allowing Larry the opportunity to stay at home, with much gratitude toward Patti Fogel, Larry’s angle nurse as he called her.

Larry was a man of integrity, humor and had unconditional love for his boys and wife.

He was a lover and owner of dogs and enjoyed hunting and fishing when he could. Larry could create a solution for just about any mechanical issue that faced him. He also had the material on hand to tackle just about any given situation and then some. The Schmitz Family would like to informally invite anyone who knew Larry to come celebrate his life and honor him at a memorial service which will be held late summer or early fall in Medicine Lake.

To plant a tree in memory of Larry Schmitz as a living tribute, please visit Tribute Store.