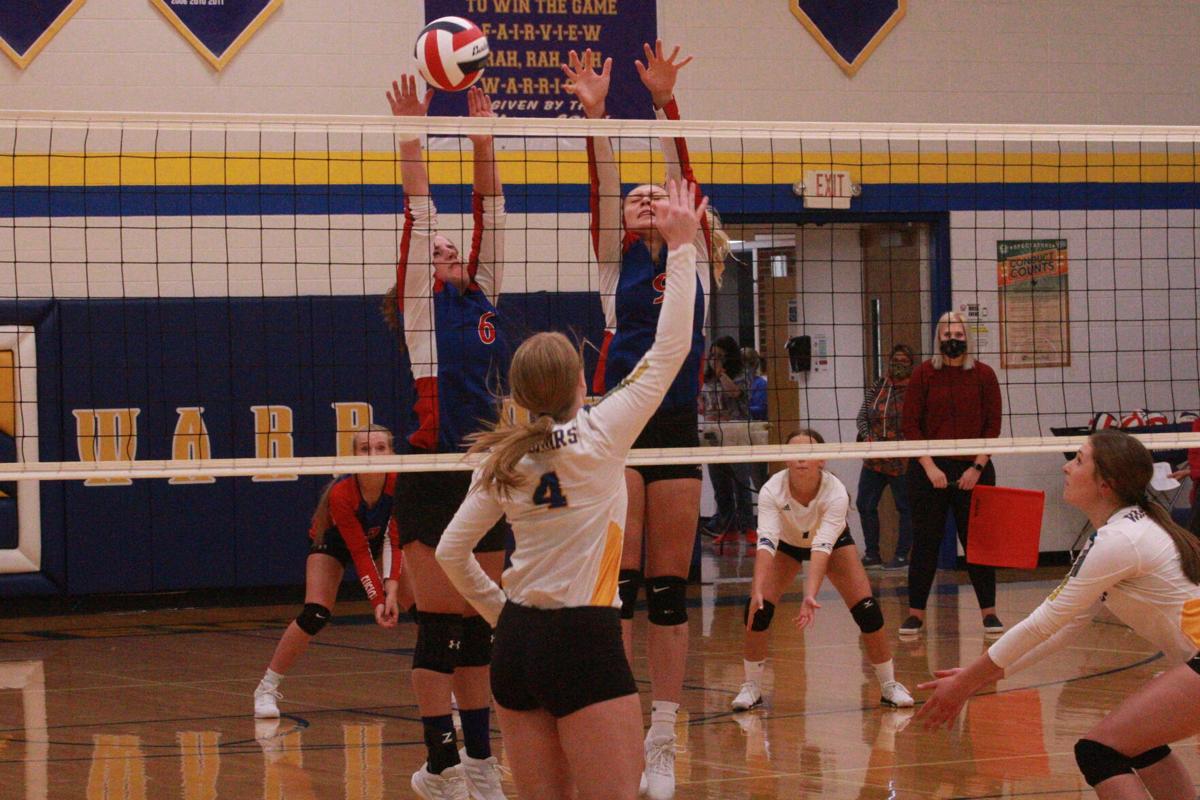 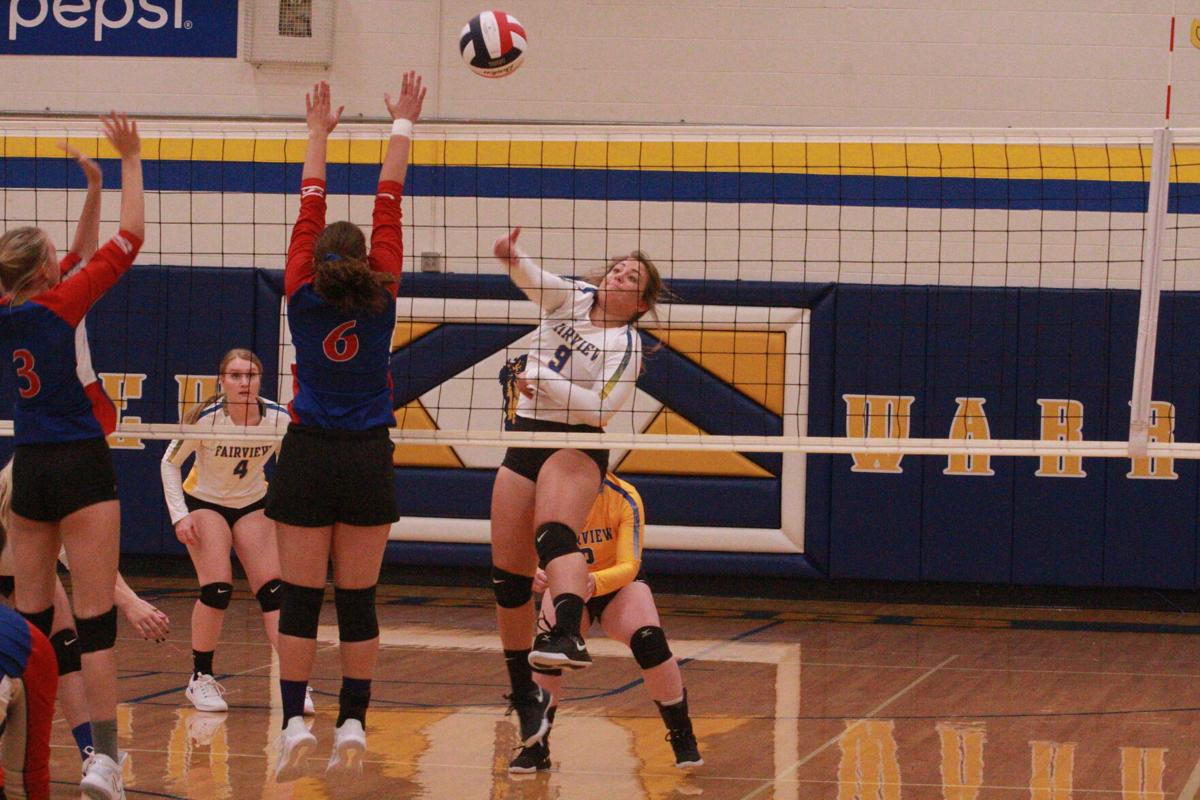 The Richey-Lambert Fusion high school volleyball team may not have been able to get a better start to their season.

Starting the season on the road against Fairview, the Fusion shut out the Warriors 3 sets to 0 with a combination of good offense and composure in both the teams’ season opener.

The Fusion had good energy throughout the game that also gave them a boost, and even after the game, it was evident that the win meant a lot for the Fusion.

“I don’t know if you could hear them screaming in the locker room, but it’s just a great feeling, especially this year with everything being so weird, it’s just a great way to start off and just be excited that we get to be playing and have a season,” said Fusion assistant coach Michelle Switzer.

Prior to the game August 31, Fairview head coach Mustafa Kara said the first game of the season always allows him to see where his team is at and what needs to be worked on.

He said the game did help him see what the team needed to work on, as he gestured to some paper where he kept notes of the game.

Despite Fairview losing 3-0, the Warriors played a good match and put good runs together to either get out of a deficit or to get a lead. What really hurt Fairview, though, were a lot of errors the team made, in both hitting and defense.

Those errors hampered any efforts put together to gain momentum and helped the Fusion build on their leads.

Fusion head coach Shasta Senner previously said that the Fusion are an offensive team, and that showed in the match.

A fair amount of Fairview’s errors came off of Richey-Lambert serves, as the Fusion smacked a lot of line drive, hard-to-handle serves over the net.

“We’re definitely working on our defense, but they’ve been working really hard in practice on getting those good serves and getting good sets and being able to hit, even when they’re off the net,” Switzer said.

Both teams were even as far as hits and blocks go, with both teams getting in a good amount of kills and blocks at the net.

The key for the Fusion’s win, though, was its composure and ability to stop the Warriors’ momentum.

In the second set, for example, the Fusion held an 18-13 lead, and the Warriors started a small run.

After back-to-back errors on Richey-Lambert, Fairview junior Avery Seadeek, the libero, served an ace to bring the Warriors within two points, 18-16.

The home Fairview crowd was cheering and getting louder as the momentum was building, but then the Fusion rattled off four straight points to take a 22-16 lead.

For a second, it felt like the Warriors would win the set and turn things around, but then the Fusion went on an 11-1 run to take a 15-10 lead. A lot of the points the Fusion got in that run, though, came from Fairview errors.

The one play in that stretch that did give the Fusion a big boost, and gave a blow to the Warriors, was when Fusion senior Rhiannon Reichel got a big block to bring the Fusion within one point and gave them even more momentum on their big run.

Fairview kept getting closer each time they fell behind, but Richey-Lambert held their composure and never fell apart when things got tough, an important part of their win.

“I was really proud of how they came together as a team. We have some great leaders this year, and they really stepped into their role,” she said.

Kara said luckily, the game was not a league game, so it was a good test game to see what is needed for those league games.

“It was good to see our players and what to work on, so we got to work on whatever’s missing,” he said.

He added that the team came together well and that their blocking looked good for the first game.