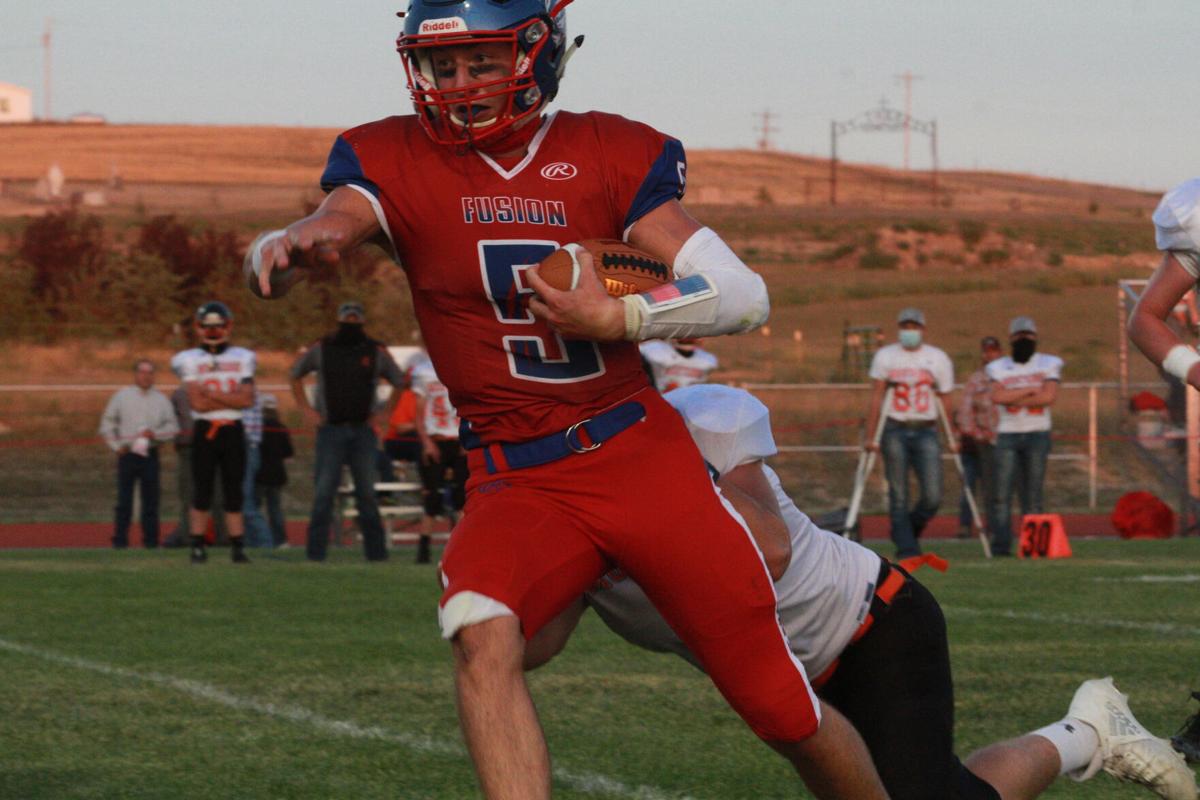 Grady Gonsioroski runs the ball toward the end zone as a tackler hangs off him during Richey-Lambert's 50-14 win on its senior night. 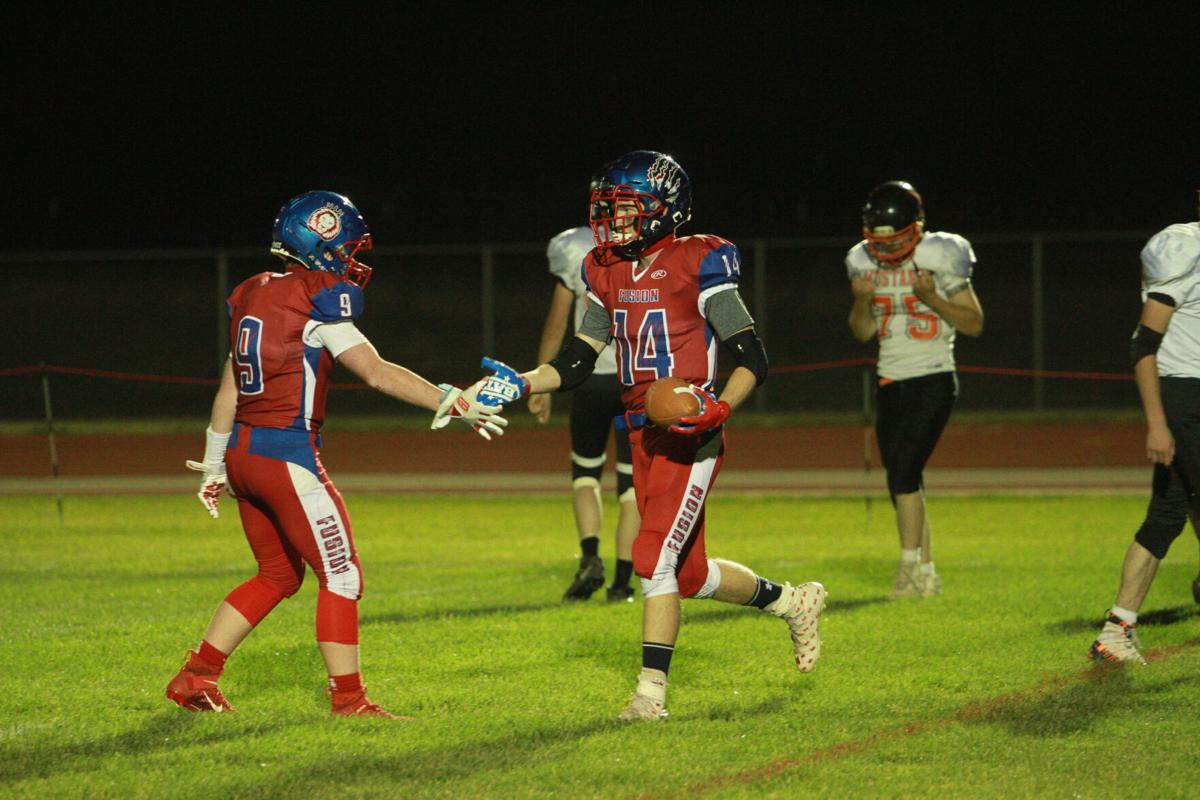 Grady Gonsioroski runs the ball toward the end zone as a tackler hangs off him during Richey-Lambert's 50-14 win on its senior night.

Blaine Frisbie will be able to look back on his senior night with fond memories.

The lone Richey-Lambert senior got to enjoy his senior night on September 4 with a 50-14 win over the Jordan Mustangs, while scoring a touchdown in the process.

“You know, it was nice to get him that touchdown on his senior night,” said Fusion head coach Brock Miller.

The Fusion high school football team’s victory comes a week after its season-opening win versus Bainville, which was a 54-20 result. With those two wins, the Fusion started their season 2-0.

In two games, the football team has scored a total of 104 points, winning with an average margin of victory of 35 points.

Frisbie’s touchdown came in the third quarter, the quarter that turned out to be the difference in the game and where the Fusion blew its lead wide open.

Richey-Lambert only led 14-7 going into halftime, but it did have a lot of momentum going its way after scoring both of its touchdowns in the second quarter.

That momentum led to four Fusion touchdowns in the third quarter, with a total of 30 points scored.

Sophomore Layne Herman started the third-quarter scoring, catching a pass from junior quarterback Grady Gonsioroski and running it in for the touchdown. With a good kick on the point-after attempt, the Fusion led 22-7.

The snowball started building after that, as not even seven seconds after the touchdown (7:15 left in the quarter) Gonsioroski recovered a fumble on defense to give the Fusion offense another chance.

Just under 30 seconds later, Frisbie caught a pitch from Gonsioroski and easily ran it in for the score. The kick was good, and the Fusion’s lead was now 30-7.

After a long-run touchdown from the Mustangs’ Dawson Murnion (who had the other touchdown for Jordan), Gonsioroski took it upon himself to run in two more touchdowns, giving the Fusion a 44-14 lead after the third quarter.

The Fusion got the rest of its points from a safety in the second quarter and a touchdown from Nicholas Engesser. Otherwise, Gonsioroski was responsible for most of the havoc wreaked upon the Mustangs.

He finished the game with four running touchdowns and a passing touchdown, with a fumble recovery on defense too.

The Fusion had a slow start to the game, not scoring at all in the first quarter, but it did not matter.

The combination of the domino effect of the Fusion’s scoring and the Fusion’s defense stifling Jordan’s offense in the second half created the big win on senior night.

Miller said Jordan was able to get some holes on some plays offensively, but his players were flying around and made some tackles.

He added that nothing should be taken away from the Mustangs, as they are a good football team.

Up next for the Fusion is another game against Bainville, at Bainville on September 12.