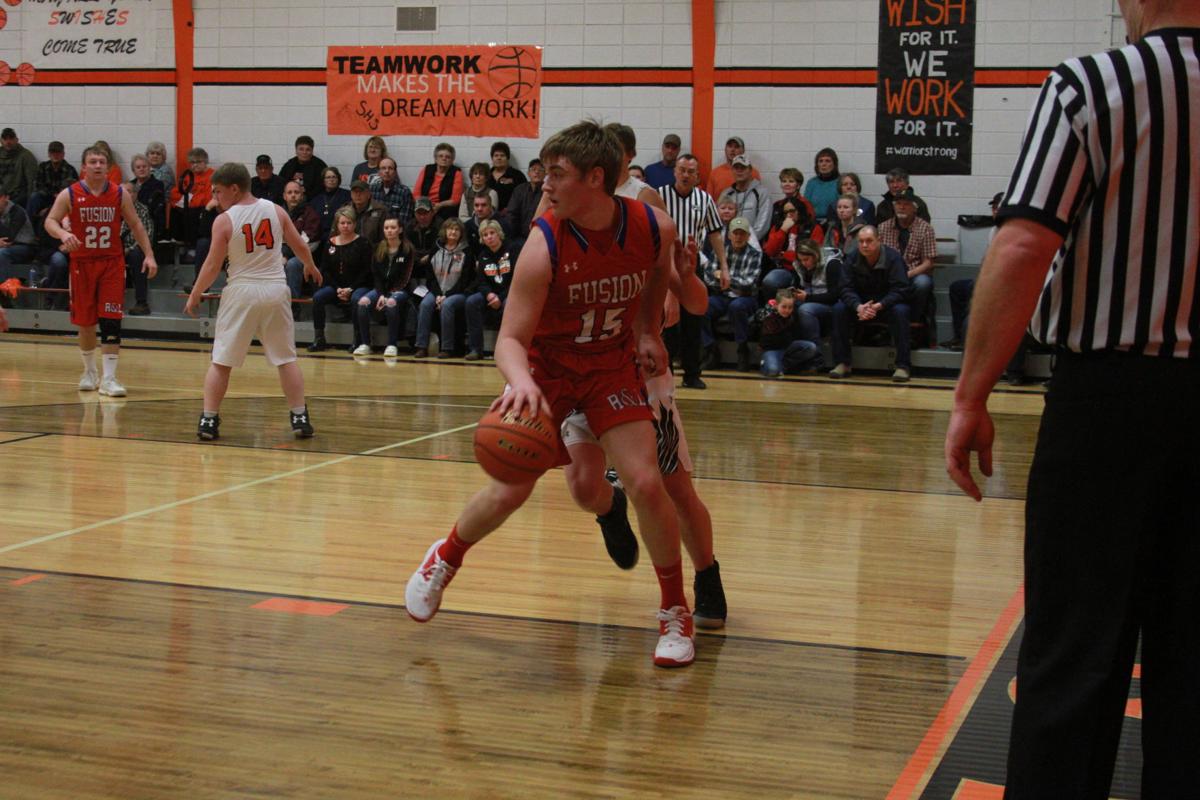 Backing down his defender is Richey-Lambert senior Blake Lien in the in-conference matchup against the Savage Warriors on Friday, Jan. 17 at Savage High School. 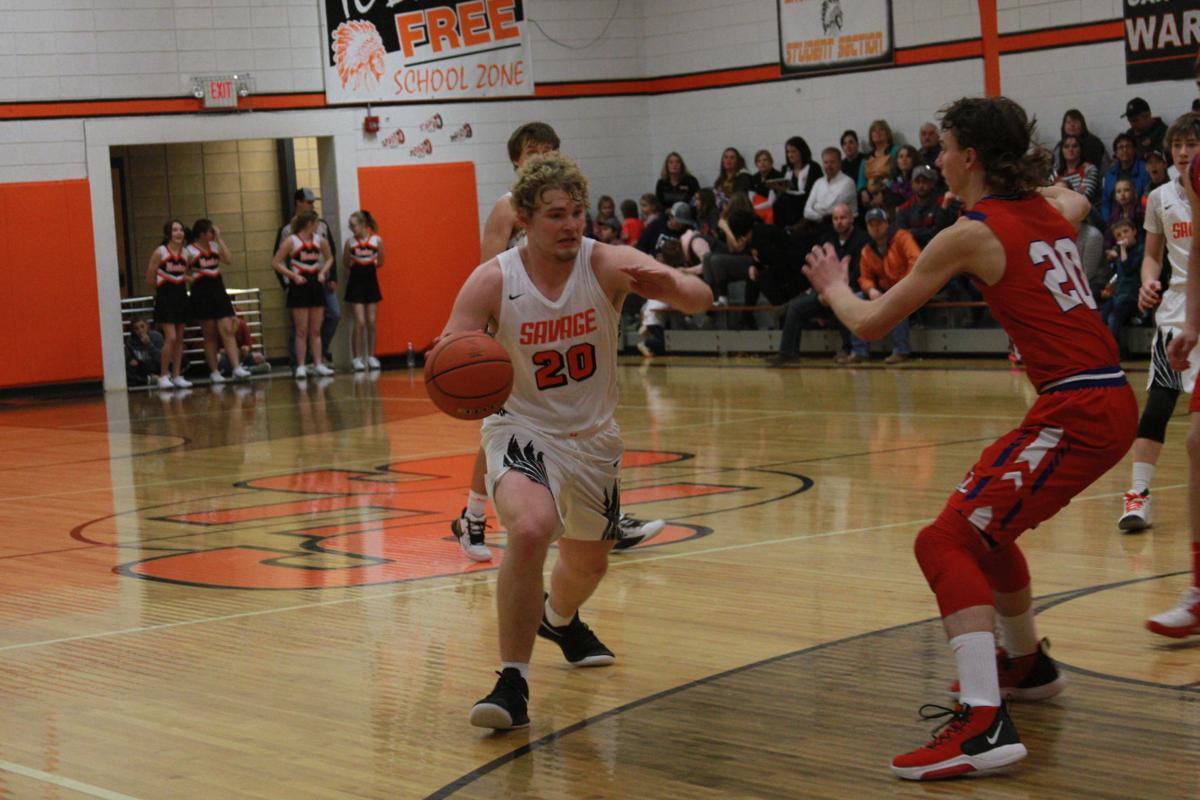 Backing down his defender is Richey-Lambert senior Blake Lien in the in-conference matchup against the Savage Warriors on Friday, Jan. 17 at Savage High School.

The Savage Warriors boys basketball team was back on home court on Friday night, Jan. 10, where they took on in-conference opponent, the Richey-Lambert Fusion. The Fusion boys shot well from the floor all game, winning 51-29, giving Savage their fifth loss of the year

Savage opened the scoring on a pair of quick two-pointers down low in the paint from 6’4 junior Sloan McPherson; However, that lead was quickly taken away from the sharp-shooting offense by the Fusion. Richey-Lambert senior Blake Lien and Richey-Lambert junior Caleb Senner reached combined for 10 points in the first quarter, scoring six and four, respectively, giving the Fusion a 10-7 lead heading into the second quarter.

That lead that the Warriors continued to grow throughout the rest of the game, carrying an 11-point lead into halftime after draining a three-pointer at the buzzer by Fusion senior Gabe Gonsioroski and holding an 18-point lead at the end of the third quarter of 42-24.

The fourth quarter was more of the same for the Fusion, outscoring the Warriors 9-6, resulting in a final score of 51-29 and securing their fifth win of the year.

Lien and Senner led the Fusion in scoring with 14 points apiece on the night, followed by sophomore Grady Gonsioroski with nine points, seniors Gonsioroski and Hunter Watson each had four points and rounding out the scoring was sophomore Jayden Goosen and junior Toby Clinton each tallying three points.

McPherson led the Warriors with 11 points, juniors Logan Nelson, Gentry Conradsen each had six points, along with sophomore Caesn Erickson also having six points on the night.

Savage’s next game will be against Plentywood on Friday, Jan. 17, at Savage High School, 3 p.m.