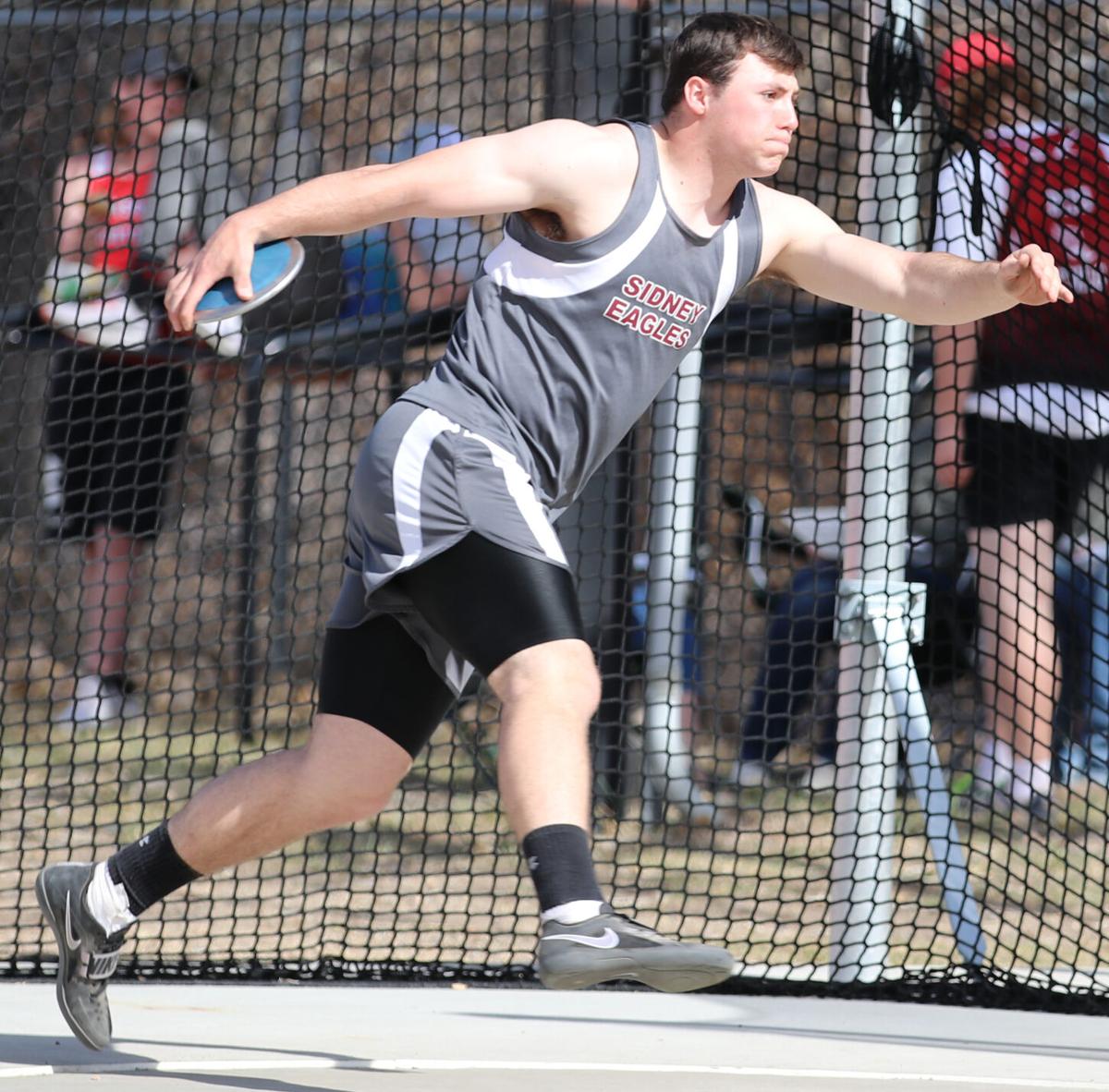 Riley Jackson goes throguh his windup and gets ready to launch the discus. 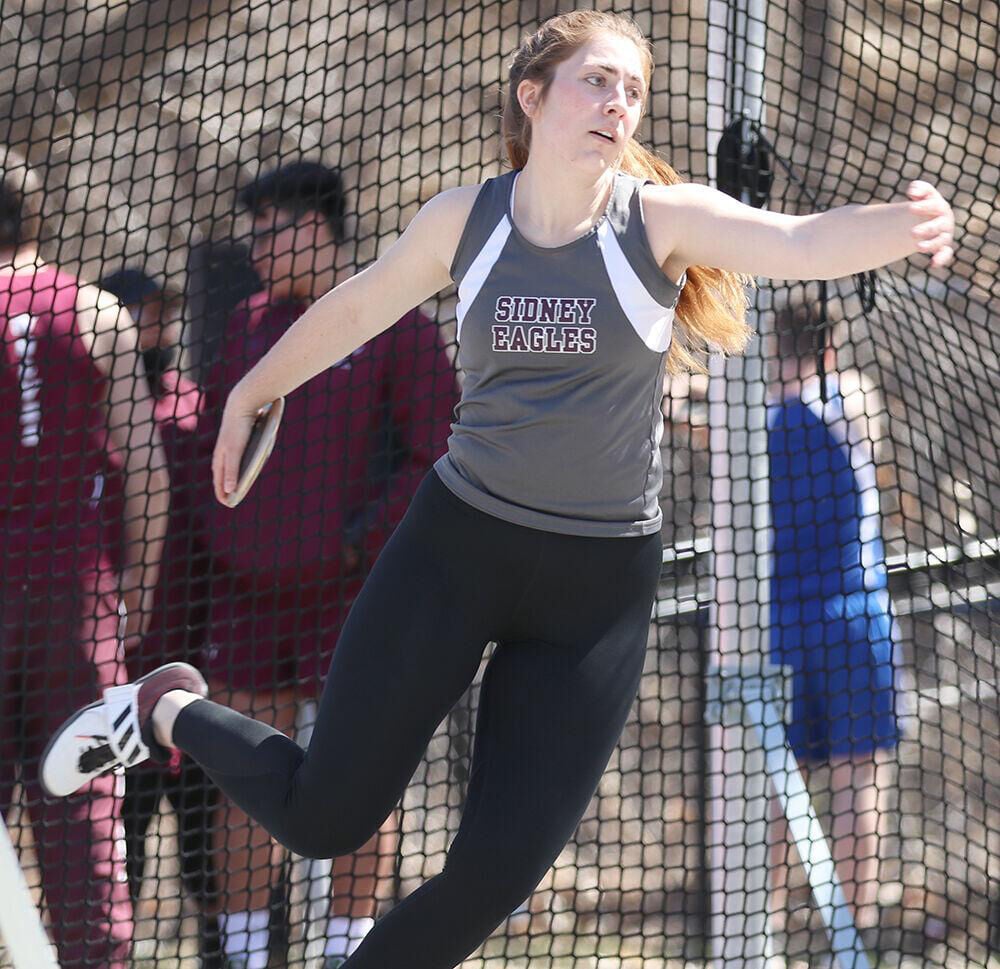 Ali Merritt has been a consistent leader for the Eagles, finishing in the top three all season long in the shot put and discus.

Riley Jackson goes throguh his windup and gets ready to launch the discus.

Ali Merritt has been a consistent leader for the Eagles, finishing in the top three all season long in the shot put and discus.

The Sidney High School track and field team had some great performances drive the team to a good finish at the Elks Meet on Glendive on Saturday, May 1, as the boy’s team took third place and the girl’s team took 10th.

For both teams, some of the standouts have continued their success even more, but the Eagles have a lot of talent with multiple athletes placing well in the same events together.

For the boy’s team, Parker Sinks had another good day for the Eagles, placing highly in multiple events.

He also teamed up with Aden Graves, Hudson Severson and Tate Wieferich to take third in the 4x400 meter relay with a time of 3:43.03.

Speaking of Wieferich, he also had a great showing at the meet.

Kaston LeRoy had another strong showing in the 800 meter run, taking third with a time of 2:11.99, a personal best.

Hudson also had a great finish in the 300 meter hurdles, taking seventh with a time of 47.36.

The boy’s team’s throwers also had a good meet, continuing to do well this season in the field events.

Jerome Entz was another Sidney athlete who had a great day for the Eagles.

Aren Larson had another good showing in the high jump as well, hitting 5-06.00, and Aden Graves (11-00.00) and Daniel Stevens (10-06.00) placed fifth and sixth respectively in the pole vault. Graves set a season record, and Stevens set a personal record.

For the girl’s team, the 4x100 meter relay team once again found some great success. The squad of Emma Doty, Olivia Schoepp, Taylor Stewart and Anna Allen placed fourth with a time of 53.80.

Ali Merritt continued her stellar senior season that she’s had so far, placing well in the throwing events. In the shot put, she took third with a distance of 34-04.50, and in the discus, she also took third with a throw of 116-05.

In the javelin throw, Jaylen Baxter took sixth with a throw of 96-02, and in the pole vault, Brielle Gorder placed fourth with a personal record of 9-00.00.