Crouched behind the plate is umpire Ken Linder during his last national in Salem, Oregon in the game between the Balencia Outlaws and the Delta Heat. The game can be found on YouTube. 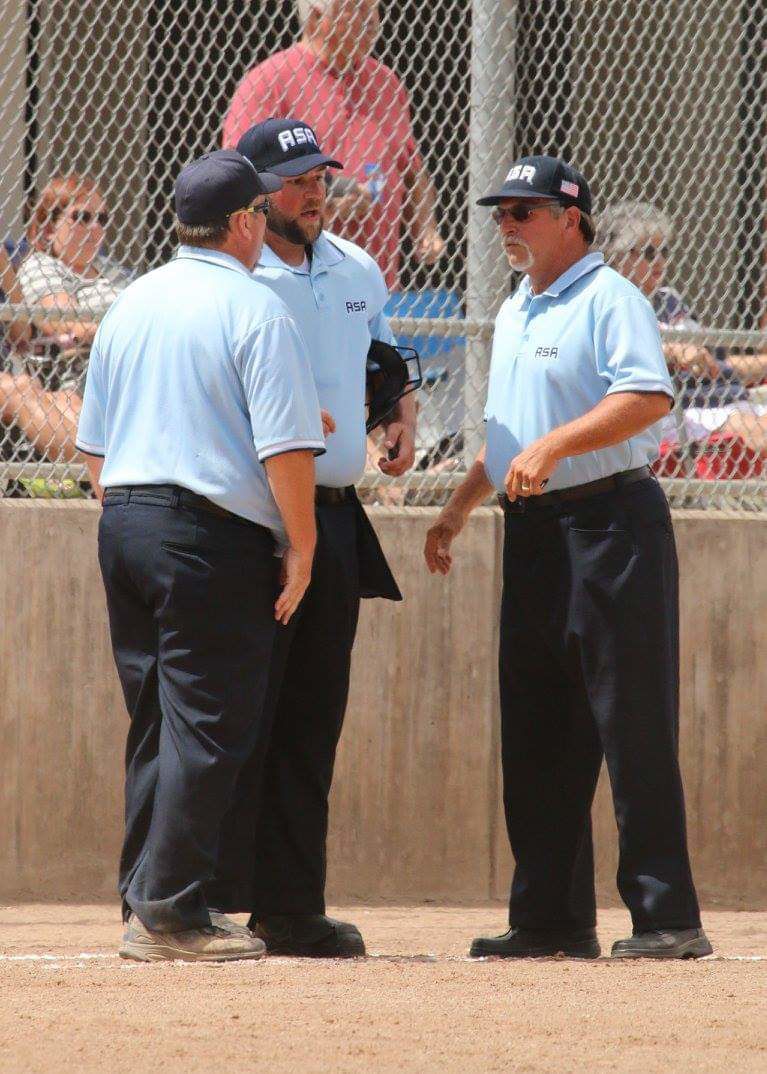 It's the first national, 12 and under A western (12UA western), in Kent, Washington, where Ken Linder rallied his crew in the 5th inning of a 1–0 ball game. 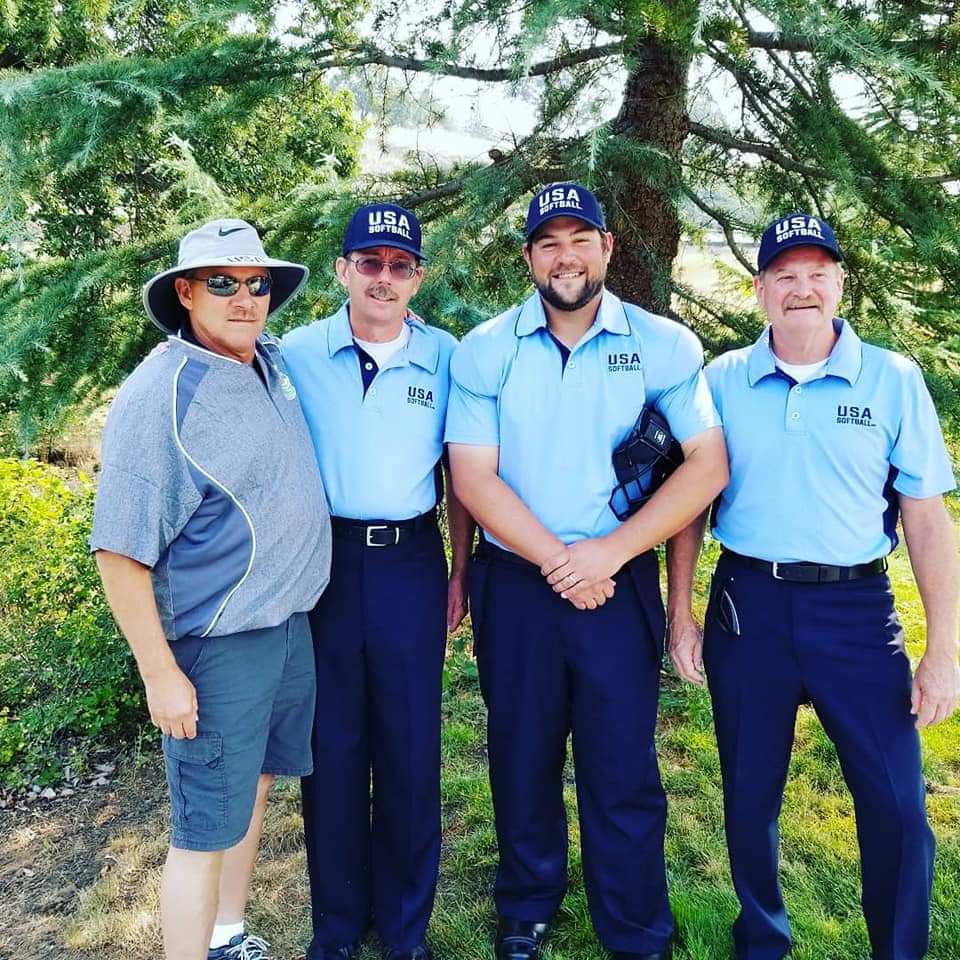 Crouched behind the plate is umpire Ken Linder during his last national in Salem, Oregon in the game between the Balencia Outlaws and the Delta Heat. The game can be found on YouTube.

It's the first national, 12 and under A western (12UA western), in Kent, Washington, where Ken Linder rallied his crew in the 5th inning of a 1–0 ball game.

Ken Linder began umpiring softball in 2012 when he was just 22 years old. The Sidney native was recently honored for his years of service and expertise by becoming a member of the USA Softball Umpire Awards Program.

“The award that I received was called the National Indicator Fraternity Award,” Linder said. “The way it worked within USA Softball is they have various umpiring achievements. To get the award, it requires you to work three national tournaments and have a minimum of seven years in good standing within the organization. Once you apply for the National Indicator Fraternity Award, your name is forever enshrined down in the Hall of Fame.”

The National Softball Hall of Fame is located in Oklahoma City.

He admitted that coming from Montana, it’s pretty special because “there’s only a handful of us active at the moment.”

Linder received a degree from Montana State University in Land Resources and Environmental Science, with a focus on soil and water science. He is currently the driver supervisor for Cardinal Distributing in Bozeman, the Anheuser-Busch and Miller distributor.

He’s proud of his degree, but he claims that growing up in Sidney was what made him into who he is today.

“When I was growing up, it was your typical eastern Montana small town with your summers mainly being for baseball and then transitioning into football and basketball in the fall and winter,” Linder said. “I played baseball until my Freshman year at Sidney High School and football through my senior year. Other than that, I was a computer gamer. I was just more of a two-sport person.”

His softball umpiring journey began a year or two after he officially started his umpiring duties.

“In part of playing, my dad umpired as long as I could remember and it was one of those where I went with him to the park on a random night where you’d have a Babe Ruth game or a Legion game,” Linder said. “Towards the end of my playing career, I took a step back and knowing my ability level to play Legion baseball wasn’t worth it to me.

“I wanted to start giving back,” he continued. “So around 2003 to 2004, I started doing the Little League baseball stuff in Sidney. After I graduated, I came over to Bozeman. I put my name in with the Little League and was also a registered MLA official at the time for softball.”

To this day, Linder has never heard back from the Little League baseball program, but he’s happy with how everything panned out.

“The group of guys that I found in the softball program was more than willing to take me in and show me the right way to do things. I got into that group pretty much fully assimilated in 2012 right around after I got married. I have been with them ever since and I have enjoyed every second of it.”

In his years as an umpire, despite some heckling from fans now and then, a few positive moments stick out.

“Last year, I was over in Salem, Oregon working an 18 and under Western National,” he recalled. “I went through the entire week, thinking I was having a sub-par tournament. Still, around mid-week, it didn’t feel different to me at the time, but apparently to the assigners and evaluators, it came across as I was doing better. We eventually got to our awards banquet and I was just sitting there patiently waiting, hoping I could work the 11 a.m. play in-game, not holding a lot of hope for myself.”

Linder’s luck turned around that day.

“We finally got to the end and I hadn’t heard my name called. But the icing on the cake was when they list your home plate umpire, first base and third base, my name was the first one listed,” he said. “Granted, it had been the second national championship I had worked, but with the week I had, I didn’t think I’d be there, so that made it an extraordinary moment.”

Another moment that sticks out for him occurred the year before. It happened to be his first-ever national championship.

“Those moments are special,” he said. “It’s just the culmination of a short season in Montana.”

Linder takes pride in the successful career he has had so far as an umpire. It is a privilege, he said, to be part of the softball community.

“It’s a lot of fun,” Linder said. “One of the seniors over here who pitched for Belgrade, who was a senior last year, I was umpiring games with her since she was 8 years old. It’s a lot of fun being a part of that growing process with the players.

“On top of that as well, you start with a group of players that are in the same boat,” he added. “They’re new and you have the opportunity to learn and grow with them. It’s just giving back to the organization and letting the kids come out and have a good game...being a part of an umpire fraternity is great as well. Overall, just being a part of the game and staying active is what’s most enjoyable.”